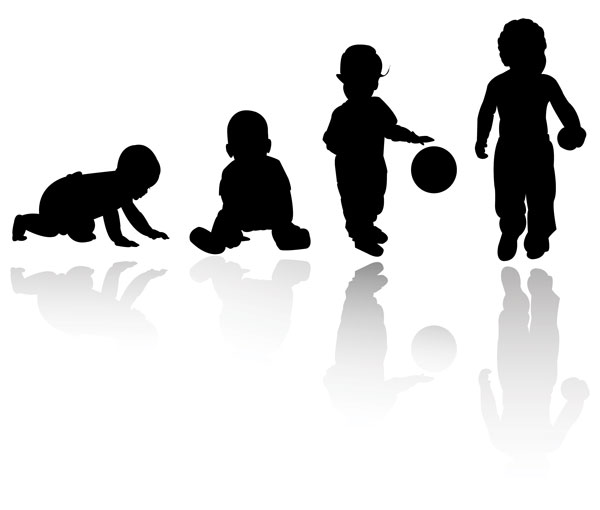 Growing pains: Researchers are following hundreds of children with autism into adulthood to better understand the course of the disorder.

Within months of being diagnosed with autism, preschoolers with the disorder may already be on distinct trajectories, according to a study published 28 January in JAMA Psychiatry1.  The findings suggest that the severity of autism symptoms does not track with the ability to function in daily life.

For example, a child whose social deficits worsen over time may at the same time show improvements in intelligence.

“The concept of higher- or lower-functioning autism is something of an oversimplification,” says lead researcher Peter Szatmari, professor of psychiatry and behavioral neuroscience at McMaster University in Hamilton, Ontario.

Szatmari and his colleagues followed 421 preschoolers, averaging about 3 years of age, from within four months of their autism diagnosis until age 6. Some children had fewer autism symptoms at diagnosis and improved over time, whereas others had more severe symptoms that remained relatively stable.

The researchers also looked at ‘adaptive functioning,’ a measure of how well a child is meeting expected norms for his age — for example, how well he speaks or follows instructions. Surprisingly, they found that the same child can have worsening autism symptoms but show improvements in adaptive functioning, and vice versa.

This means there may be more than one way to rate the success of interventions, says Tony Charman, professor of clinical child psychology at King’s College London, who was not involved in the work.

“There’s a lot of discussion in the field about what are the appropriate outcome measures for intervention studies: Should we be measuring reduction in autism severity as a desired outcome, or should we be looking for improvement in adaptive functioning and independence?” Charman says. “It makes me think.”

The new study is the latest to track the long-term trajectories of children with autism. A 2012 study identified six distinct trajectories by looking back at the medical records of nearly 7,000 children with autism up to 14 years of age. About 10 percent of the children, called ‘bloomers,’ started out with the most severe symptoms in the group and ended up with among the least2.

Another study, published in 2013, identified 34 children who appear to have outgrown their autism diagnoses3. Researchers have rigorously studied this so-called ‘optimal outcome’ group to try to identify factors that predict this trajectory.

The new study is notable, however, because it uses consistent measures to track autism symptoms and skills from the age of diagnosis rather than looking back at medical records. The researchers assessed each child four times at one of six different Canadian sites as part of a collaboration called Pathways in Autism Spectrum Disorders.

“This Canadian Pathways group is terrific, because it’s six sites and they’re all collecting the same data,” says Deborah Fein, professor of psychology at the University of Connecticut, who led the 2013 study. “There are a lot of people willing to share data, but they’re not really characterizing the kids very well and they’re using all different measures.”

The new study used the Calibrated Severity Score to rate the severity of core autism symptoms, such as social deficits and repetitive behavior, independently of a child’s language level or age.

Most of the children — 89 percent — started out with severe autism symptoms that remained stable over time; the remaining 11 percent had lower severity scores initially and improved over time. Interestingly, the 66 girls in the study were more likely to fall into the group with mild and improving symptoms, despite evidence that girls with autism tend to be more severely affected than boys.

“For us, the surprising finding was the degree of heterogeneity in the course of the children, over a relatively short time span,” says Szatmari.

The researchers also assessed adaptive behavior using the Vineland Adaptive Behavior Scales. They identified three sets of children: those who start out with a high skill level that improves over time, those who have a lower skill level that decreases over time and a third group of children who remain relatively stable. (None of the children seemed to show either a dramatic increase or decrease in symptoms, but that may become apparent as the children get older, the researchers say.)

However, this comparison may be skewed because of how the tests are normalized for age and language ability, says Catherine Lord, professor of psychology at Weill Cornell Medical College in New York.

Szatmari acknowledges this limitation, but says the children started the study with similar language abilities. However, he could not speak to the impact of language differences later in the study.

It’s also unclear to what extent interventions influenced a child’s trajectory. All of the children were receiving some form of treatment at the time of enrollment. “I’m sure there’s some variability when we drill down, but it’s going to take a while because the data is so complex,” Szatmari says.

Although the study uses data collected until age 6, the researchers have unpublished data up to age 11 and plan to follow the children into adulthood. They hope to glean whether other trajectories emerge — a possibility that excites other researchers.

“People have started doing serious longitudinal studies in the past few years and this is one of the better ones,” says Charman. “I really want to know some of the answers that will come when these kids are in high school.”