Surplus of immune cells may mark brains of autistic people 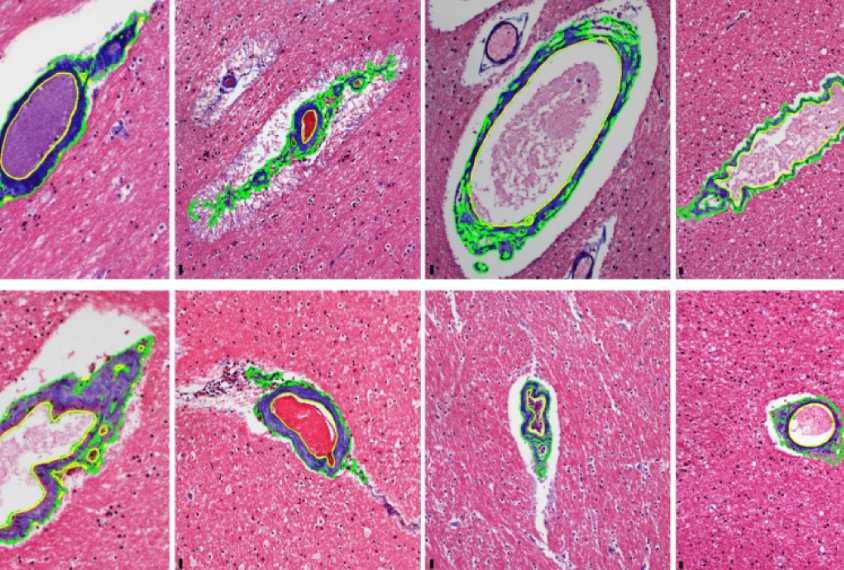 Blood vessels in the brains of more than half of autistic people have an unusually large number of immune cells called T cells, according to an analysis of postmortem tissue1. This excess may damage cells that form a protective lining for the brain.

The findings jibe with results showing elevated levels of immune molecules, as well as hyperactive immune cells called microglia, in the brains of people with autism2.

The team found that blood vessels with excess T cells tend to be surrounded by debris from cells that help form part of the blood-brain barrier.

“That’s novel and provocative, and I think it is something that has to be verified and replicated,” says S. Hossein Fatemi, professor of psychiatry at the University of Minnesota, who was not involved in the study. “This is purely a descriptive study.”

Anderson’s team stumbled upon their findings during routine microscopic examinations of tissue from Autism BrainNet, a repository of brain tissue from people with autism. (Anderson is lead neuropathologist for the repository.)

Peering under a microscope, Anderson says, he noticed that samples from autistic people tend to contain numerous round ‘blebs’ — tiny droplets of debris released from cells. These blebs littered the spaces that separate blood vessels from brain tissue.

“I kept seeing little foci of those,” Anderson says. “I’ve never seen that before in any other condition.”

His team then systematically looked for the blebs in samples from 25 people with autism and 30 controls who ranged in age from 1 to 68 years. They first focused on blood vessels and the spaces around them in tissue from the cerebral cortex, the brain’s outer layer.

They suspected, and were able to confirm, that the blebs had been released from nearby astrocytes. These cells surround blood vessels and form part of the blood-brain barrier.

The brains of autistic people have much larger swaths containing blebs than controls do, the team found. The findings appeared 8 October in Annals of Neurology.

Cells often release blebs when attacked by a subset of immune cells called cytotoxic T cells. And the team found that these T cells do often cluster in blood vessels near the blebs.

About 65 percent of the autistic people have more T cells in the cerebral cortex than controls do; they also show excess T cells in seven of eight other brain regions the team examined.

The more T cells a person had, the more astrocyte debris. The space surrounding blood vessels also tends to be enlarged in people with autism, and contains excess collagen, a protein produced in response to tissue damage.

The findings hint that T cells seek out and destroy the astrocytes, Anderson says.

Still, it is unclear why these T cells accumulate in the autism brain or why they might attack this lining. The cells are usually responsible for fighting off viruses and are implicated in autoimmune conditions.

The T cells may be innocent bystanders, attracted to the scene by molecules released after astrocytes are damaged by some other cause.

“Are they damaging those cells, or are they responding to the damage of those cells?” says Judy Van de Water, professor of internal medicine at the University of California, Davis, who was not involved in the study. “You cannot, from this type of study, answer that question.”

Anderson and his team are trying to identify tags on astrocytes that might attract the T cells. They are also exploring whether the damage to the barrier occurs in utero.