Subset of neurons may underlie brain’s response to experience 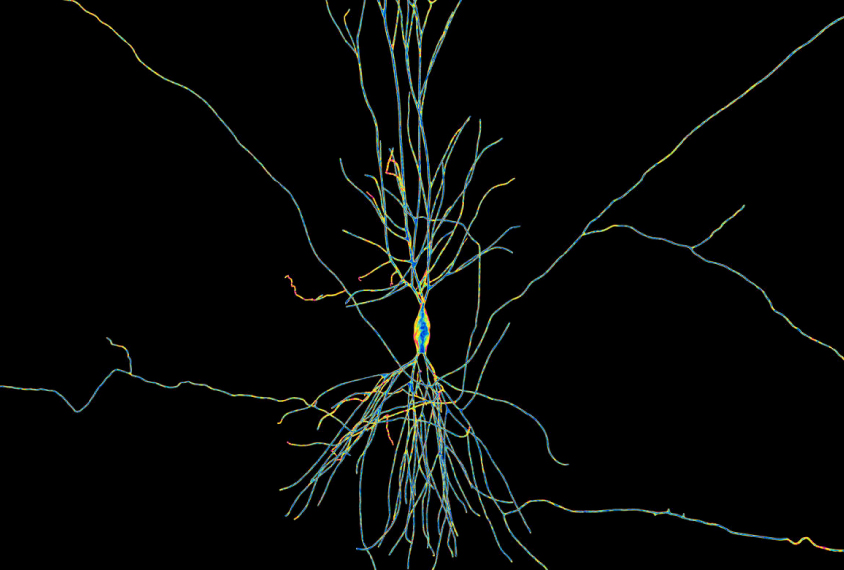 Experiences may shape the human brain by altering neurons that boost brain activity1.

These neurons may be more responsive to experience than those that dampen brain activity.

The unpublished findings, from postmortem human brains, show that excitatory neurons vary among individuals. They vary in both the composition and the number of chemical tags, called methyl groups, that shut off a gene’s expression. Many of these tags are inherited, but some may be added to genes in response to experience.

“We know there are differences between our brains as individuals,” says lead researcher Eran Mukamel, assistant professor at the University of California, San Diego. “The epigenome is a likely mechanism for how the environment factors that impact each of us could have a long-lasting effect on our cognition and our health.”

The researchers presented the findings yesterday at the 2018 Society for Neuroscience annual meeting in San Diego, California.

Scientists often look at methylation in the brain using chunks of tissue, a method that obscures patterns in individual cells. In the new work, the researchers isolated nuclei, the genetic hubs of cells, from individual neurons.

They sequenced RNA, the genetic message that codes for protein, from nearly 13,000 neurons taken from two brains. They used a different sequencing technique to look for methyl groups on genes in more than 6,000 neurons from three other brains.

Overall, excitatory neurons are significantly more variable in both gene expression and methylation than are inhibitory neurons.

The researchers used gene expression patterns to identify different cell types in their samples. For each cell type, they identified the 100 genes with the most variability. Their analysis found that gene expression and methylation patterns of excitatory neurons are more variable among individuals than patterns in inhibitory ones.

The more methylation in a given cell type, the lower its overall gene expression, the team found.

The team then looked at the most variable genes in the gene expression pattern and in the methylation pattern for each cell type. They found that some genes overlap in the two sets.

The biggest overlap of the genes is in excitatory neurons, and specifically in layer 2/3 neurons, which signal to other excitatory neurons in the cortex. The same family of neurons shows altered gene expression in autistic brains compared with controls brains, another team reported at the meeting Sunday.