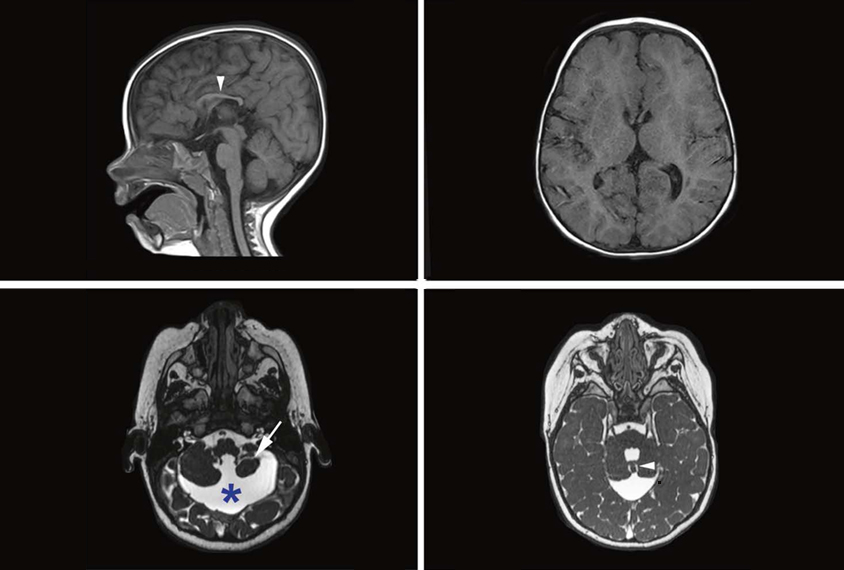 Puzzling injury: Some children who carry variants in a gene called ZNF292 have injured blood vessels in their brains.

Mutations in a gene called ZNF292 lead to a variety of developmental conditions, including autism and intellectual disability, according to a new study1.

ZNF292 encodes a protein that influences the expression of other genes. It is highly expressed in the developing human brain, particularly in the cerebellum, an area that controls voluntary movement and contributes to cognition. However, its function in neurodevelopment is unknown.

Scientists first linked ZNF292 to intellectual disability in a 2012 study. A 2018 analysis of five ZNF292 variants tied the gene to autism, but the work was preliminary2.

In the new study, researchers identified 28 people who have mutations in ZNF292. The participants come from six countries and are between 10 months and 24 years old. The group carries a total of 24 mutations in the gene, 23 of which are spontaneous — meaning that they were not inherited from a parent.

“The sheer number of families and children that have been identified so far has been quite high,” says Ghayda Mirzaa, lead investigator and assistant professor of genetic medicine at Seattle Children’s Hospital in Washington.

Mirzaa’s team found an additional 15 people with mutations in the gene from 12 families. However, the data from these people were incomplete, so the researchers had to exclude them from the analysis. The team has connected with at least 10 other mutation carriers in the six weeks since the study was published in Genetics in Medicine.

The researchers have used their data to classify a new condition. However, “it may be premature to call it a syndromic form of autism or intellectual disability,” says Holly Stessman, assistant professor of pharmacology and neuroscience at Creighton University in Omaha, Nebraska, who was not involved in the work.

People with ZNF292 variants have a broad spectrum of physical traits. For instance, 11 of the people in the study have growth abnormalities such as short stature; 10 have low muscle tone; and 3 have stiff or mixed muscle tone. The researchers had access to magnetic resonance imaging scans for 17 of the participants: 9 show brain abnormalities such as atypically shaped regions, and 3 of those 9 appear to have blood-vessel injuries in the brain.

Nearly half of the participants also have unusual facial characteristics, including an undersized jaw or eyes that are unusually far apart. Vision problems, such as involuntary eye movement or crossed eyes, affect nine people in the group. Less common facial differences include prominent incisors and protruding ears.

Autism genes are often linked to a wide range of characteristics, says Santhosh Girirajan, associate professor of biochemistry and molecular biology at Pennsylvania State University, who was not involved in the study. “Variability has become the rule now, rather than the exception,” he says.

Mirzaa says her group plans to study more individuals with variants in ZNF292, and to investigate the gene’s function.