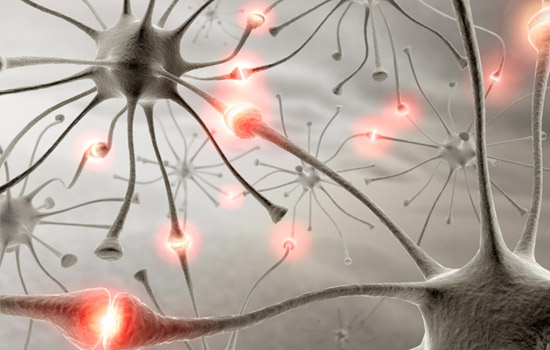 Sticky clues: Variations in leucine-rich repeat genes, which produce cell-adhesion proteins, could be important in autism.

Variations in two genes needed to form connections between brain cells may be associated with autism spectrum disorder, according to a study published 25 March in Molecular Autism1.

Some variants in the genes increase susceptibility to autism, whereas others protect children from developing the disorder.

Several studies in people and mice have linked autism to proteins that build synapses, the junction between neurons. Defects in these proteins, including neurexin 1 and neuroligin-4, have been associated with a range of autistism-like behaviors, including impaired social interactions and problems with learning and memory.

“This study fits nicely with the current literature, which says that genes in charge of synaptic function and development in the brain may be relevant for autism,” says Hakon Hakonarson, director of the Center for Applied Genomics at The Children’s Hospital of Philadelphia, who was not involved with the study.

The investigators focused on a group of genes called leucine-rich repeat (LRR) genes, which produce cell-adhesion proteins. These are molecules located on the neuron’s surface that help one neuron bond to another, forming a network of connections between the cells.

In the past few years, defects in these proteins have been linked to neurological disorders such as Parkinson’s disease, epilepsy2 and autism3.

Because cell-adhesion proteins are critical for brain development, a change in their structure could cause features of autism, he says.

The investigators focused on 4 of the 313 known LRR genes — LRRTM1, LRRTM3, LRRN1 and LRRN3 — that encode cell-adhesion proteins in the brain4. Of these, LRRTM1 andLRRTM3 are associated with increased risk of intellectual disability and autism5. The four genes have also been shown to interact with other genes linked to autism.

In particular, the researchers looked for single letter variations in the DNA code. These single nucleotide polymorphisms (SNPs) tend to be inherited in clusters, called haplotypes. The researchers identified all 66 haplotypes for the four genes using HapMap, a public database of sequenced genes. They then chose one SNP on each haplotype as a representative to determine whether certain SNPs in these genes increase the risk of autism.

They scanned the genomes of 2,758 parents and children from 661 families of European ancestry in the International Molecular Genetic Study of Autism Consortium, which includes participants in the U.K., U.S., Italy and Germany.

Typically, there is a 50 percent chance that each parent will contribute one gene of a gene pair in the offspring. However, if certain variations are passed on from one parent to a child with autism more than half of the time, they may be contributing to problems associated with autism.

The team also compared the frequency of the 66 SNPs in 1,436 children with autism from the previous analysis, and 295 healthy controls. They found that two of the SNPs identified in the previous analysis appear about 70 percent more often in children with autism than in the healthy controls. The results suggest that the LRRN1 and LRRTM3 genes increase the risk of autism, the researchers say.

What’s more, a SNP on LRRN3 appears 25 percent less often in children with autism, indicating that it might protect children from autism.

Based on the overlap between the two approaches, the researchers conclude that variations in LRRN3 and LRRTM3 are the most important for autism risk. “We will be sequencing patients for additional mutations that may be found in these two genes,” Monaco says.

The researchers are also investigating SNPs on other LRR genes to illuminate the whole genetic picture behind these genes.

“Each new gene identified will likely contribute a small increased risk for developing autism,” says Melissa Parisi, chief of the Intellectual and Developmental Disabilities Branch at the National Institute of Child Health and Human Development, who was not involved in the study. “Overall, the more genes discovered that contribute to autism, the better researchers can understand what causes the disorder.”