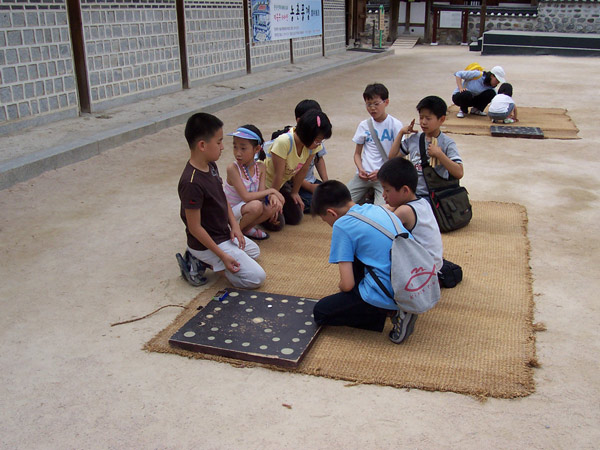 The first comprehensive autism study in South Korea has found that the prevalence of the disorder is more than double the number in the United States.

Three-quarters of the children identified in the study had not previously been diagnosed with autism, and most were attending mainstream elementary schools, according to the report, published Monday in The American Journal of Psychiatry1.

Researchers aimed to screen the 55,266 children born between 1993 and 1999 in Ilsan, a residential community near the South Korean capital, Seoul. They succeeded in screening less than half that number, possibly due to the extreme stigma attached to an autism diagnosis in the country.

Parents of more than 23,000 children between 7 and 12 years of age enrolled in mainstream schools and of 103 children in special-needs schools filled out a 27-item Autism Spectrum Screening questionnaire.

Of 1,742 children in mainstream schools who screened positive for autism risk, the parents of 785 initially consented to a full diagnostic evaluation. But only 234 of those children returned for the follow-up. This low number may be due to the fact that researchers could not contact some of the parents and others decided not to participate.

Parents of 84 children who were either in the district’s disability registry or special schools also provided consent: Of that number, the researchers fully assessed 52.

Based on these criteria, they diagnosed autism spectrum disorders in 60 percent of 172 children with no history of psychiatric or psychological services and 77 percent of 62 children with a psychiatric history in mainstream schools. They also identified more than 90 percent of the 52 ‘high-probability’ children already registered in special-education schools as having autism.

Extrapolating these numbers to the total school-age population, the researchers calculated a prevalence of 2.65 percent, compared with roughly 1 percent prevalence in the U.S.

“No matter how we calculated the numbers, we came up with this rate that surprised us,” says Roy Richard Grinker, professor of anthropology at George Washington University in Washington, D.C. and one of the investigators on the study.

Grinker points out that a total population study of any disease or disorder is likely to turn up a higher rate than previous estimates based only on known cases. “You are leaving no stone unturned, and if you look hard enough, you will find cases,” he says.

“Crude estimates of autism rates show that a lot of discovery needs to be done,” says Peter Bearman, professor of social sciences at Columbia University. “The real incidence is higher than those crude estimates would indicate.”

Bearman was not involved in the new study, but has extensively researched social factors driving the 637 percent increase in autism diagnoses in California between 1987 and 2003. His team concluded that the ‘autism epidemic’ in that state is largely an epidemic of discovery.

The high rate of autism in the South Korea study requires further investigation, Bearman says. “This is an extremely interesting study, but it is one setting,” he says.

Grinker acknowledges that the high rates in the study may reflect a sampling bias.

Parents concerned about their child’s behavior may have viewed the Ilsan study as an opportunity to gain information and access to services, Grinker says. Meanwhile, those who saw no reason to participate may have opted out, driving up the proportion of affected children.

In South Korea, an autism diagnosis stigmatizes not only the affected individual, but his or her whole family. For that reason, the researchers expected parents not to report problems on the screening questionnaire.

“I thought maybe we wouldn’t get that many kids because people would be too frightened of the diagnosis,” Grinker says.

To his surprise, parents not only chose to participate but also viewed the focus groups he assembled as a kind of support group. “A lot of them had never talked to another parent of an autistic kid,” he says.

His colleagues are already following up with a study of 6,000 children in a second community in Cheonan, a city south of Seoul.

That study, funded by the Simons Foundation, SFARI.org’s parent organization, aims to include phenotyping of both the Ilsan and Cheonan groups, characterizing their symptoms in detail. The researchers also plan to reanalyze whole-blood DNA samples from the Ilsan group and collect saliva samples from the Cheonan children.

The researchers found that autism combined with intellectual disability is much more prevalent in the high-probability group — 59 percent compared with 16 percent in the general population — already enrolled in the disability registry or attending special schools. Mean intelligence quotient scores are about 20 points higher in the general population than in this group.

Whether a similar study would uncover a significant number of children with undiagnosed autism in the U.S. remains unresolved.

A revised U.S prevalence might not rise to 2.65, “but I think we’d come up with significantly higher rates than 1 in 110,” Grinker says. “I can’t imagine that anyone would argue that there is a total absence of [undiagnosed] autistic kids in our school system.”