Studies try to pin down timing of ‘early’ autism treatment 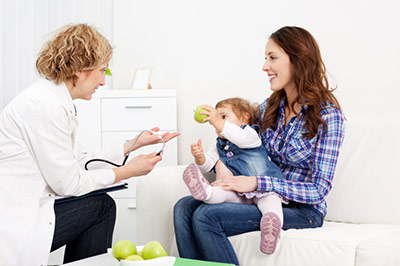 Uphill battle: Children often show worsening autism symptoms between 1 and 2 years of age, making it challenging to evaluate the effectiveness of interventions in this age group.

Autism researchers and advocates often express concern that the average age of autism diagnosis in the U.S. hovers around 4 years even though most cases of the disorder can be reliably identified by age 2. In this highly contentious field, the need for early diagnosis and early intervention is one of the few areas of agreement.

Yet so far, there’s been surprisingly little hard evidence that earlier diagnosis and initiation of behavioral therapy improve the lives of people with autism in the long term.

“There’s an assumption that early intervention is scientifically proven to be effective,” says Stephen Camarata, professor of hearing and speech sciences at Vanderbilt University School of Medicine in Nashville, Tennessee. “I believe that it is effective, I hypothesize that it is. But that’s not the same as having scientific evidence.”

At last, however, evidence in favor of early intervention is becoming available. The field turned toward more rigorous studies a decade or so ago, and many of those studies, focused on children between about 2 and 4 years old, are starting to bear fruit.

Increasingly the question the studies pose isn’t just whether early intervention works but also the best age at which to intervene. Some researchers argue that treatment may be more effective, and require less time and money, if it begins before a child’s second or even first birthday.

“We do not want to have to wait until we can make a reliable diagnosis to begin intervention,” says Geraldine Dawson, director of the Center for Autism Diagnosis and Treatment at Duke University School of Medicine.

Interventions targeting the youngest children identified to be at risk for autism might nudge these children onto a more positive developmental pathway. “If we can help a baby become more socially engaged and interactive and develop gestures and language, we can possibly even prevent autism,” Dawson says.

Overall, evaluating the effectiveness of early intervention is difficult, in part because distinguishing the traits of autism is trickier at age 2 than it is at age 4 or 5. For example, throwing a tantrum when frustrated or failing to respond to one’s name when engaged in another activity can be a symptom of autism, but it can also be an everyday behavior in a 2-year-old.

Some cases of autism with relatively severe symptoms — what’s often referred to as ‘classic autism’ — are easy to recognize early on. But only 35 percent of children diagnosed with a mild form of autism at age 2 are still in that category three years later1.  Some of the children originally diagnosed with the mild form worsen over time, while others move off the autism spectrum altogether.

“If you look at the milder end of the spectrum, that’s the challenge,” says Camarata, who led a scientific forum on early diagnosis and intervention published in the International Journal of Speech Language Pathology in February2.

If researchers don’t take these changes in diagnosis and severity into account, Camarata warns, they may mistake them for the effects of a treatment.

In 2011, a review of autism treatments commissioned by the U.S. Agency for Healthcare Research and Quality found weak evidence overall for the effectiveness of early intervention3. Early intensive behavioral intervention is the only autism treatment with evidence behind it, the authors wrote — but even that evidence, particularly from rigorous studies like randomized clinical trials, is sparse.

A few additional studies have bolstered the case for early intervention since then4, 5. Last year, for example, Norwegian researchers reported that children with autism whose preschool teachers provide an eight-week intervention to promote joint attention show improvements in joint attention a year later compared with those who participate in only the regular preschool program6.

“It’sworking on the really hard social communication deficits which are core to the disorder,” says Connie Kasari, professor of human development and psychology at the University of California, Los Angeles. Kasari was not involved with the study, but she says it confirms her own lab’s findings using a similar intervention in preschoolers with autism7.

Most of the early intervention studies that have been published so far involve children diagnosed with autism who are at least 2 years old. Researchers say that a diagnosis of autism is unlikely to be definitive much before a child’s second birthday. “What we’re learning is that there’s a lot of variability in the developmental trajectories of infants who show early signs of autism,” Dawson says.

The age of reliable diagnosis isn’t likely to decrease much in the near future, but researchers are meanwhile learning to identify earlier markers of autism risk. For example, studies of ‘baby sibs,’ or younger siblings of children with autism, have found that babies who go on to develop autism show differences in brain activity that are apparent before diagnosis, in the second or even first year of life.

Whether these findings apply broadly in the general population is still up for debate. “From individual studies you can see some weak behavioral signals before 14 to 18 months,” says Tony Charman, chair of clinical child psychology at King’s College London. “It’s quite a large jump from the fact that there’s a signal to the idea that the signal is going to have clinical utility.”

So far, at least, knowledge of autism risk markers has not translated into success with treatments. The two most rigorous intervention studies published so far in 12- to 24-month-olds showed no significant benefit in alleviating autism symptoms8, 9.

That’s discouraging, but it doesn’t mean that intervention at this age is useless, researchers say. “The kids are getting worse in terms of symptoms between 12 and 24 months,” Kasari says. “So it’s like you’re pushing a boulder up a mountain with your intervention.”

Treatments for this age group may need to be more intensive, or contain different components than those designed for preschoolers. It may also be that the studies conducted so far haven’t measured the right variables.

These open questions have spurred several groups to study autism interventions in 1-year-old children. Kasari, for example, is testing the effectiveness of small ‘Mommy and Me’ groups incorporating components of her joint attention intervention in children between 12 and 21 months of age.

Another group of researchers has reported promising results from a pilot study of an intervention that begins between 14 and 17 months of age. The approach used in this study, called adaptive responsive teaching, has therapists work with parents to build skills in each child’s individual areas of weakness10.

Still others are exploring the potential of intervening with even younger children, before 1 year of age. Most of these studies are focused on helping parents become more attuned and responsive to their infants.

“These are not necessarily autism-specific interventions; these are drawing on the positive parenting literature from a completely different field,” notes Charman. Because of that, it’s not clear whether these efforts will improve autism symptoms, he says.

One potential advantage of intervening in infants is that the treatments use therapists’ time efficiently, other researchers say. Trained therapists work with preschoolers who have autism for up to 40 hours per week, but interventions for infants are typically delivered by parents — whom therapists can train in as little as an hour per week, and who perhaps in the future might even receive training from videos or telemedicine.

These methods could become the first step in a system of ‘tiered interventions’ for infants who show warning signs such as a lack of eye contact or low interest in social interactions. More intensive therapies would be available to those who don’t respond to the first-tier interventions or in whom more signs of autism emerge over time.

“What we want to do is help coach parents to use strategies that can help the baby engage socially,” says Dawson. An example she gives is a technique called Promoting First Relationships11, on which she and collaborators are conducting a study at the University of Washington.

A small but striking study of this kind involved instructing the parents of three infants 4 to 9 months old in pivotal response training, a behavioral treatment that emphasizes increasing a child’s social motivation and building skills such as taking turns. Giving the parents about an hour of in-home instruction per week improved signs of the babies’ social engagement, such as making eye contact and responding to their names, after just 11 sessions12.

Now of preschool age, two of the children have no developmental concerns. The third, a boy who has an older brother with autism, has language delay but is not on the autism spectrum himself.

Study co-leader Lynn Kern Koegel, clinical director of the Koegel Autism Center at the University of California, Santa Barbara, cautions that these are preliminary results. But they illustrate a paradox that adds a further layer of complexity to evaluating the effectiveness of the earliest autism interventions.

Would the three children in the study have developed autism in the absence of the treatment? “Nobody knows,” says Koegel, “because if you intervene you’ll never know.”