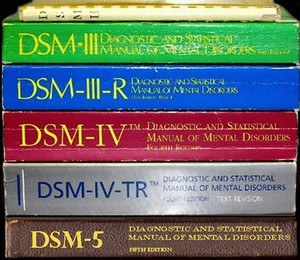 Dual advantage: The two-category approach proposed for diagnosing autism fits the disorder’s symptoms better than the three-category system in use today.

Dual advantage: The two-category approach proposed for diagnosing autism fits the disorder’s symptoms better than the three-category system in use today.

Two new studies support the idea that the core symptoms of autism cluster into two categories — social communication and interaction, and repetitive and restricted behavior — rather than the traditional triad of deficits in communication, problems with social reciprocity, and rigid thoughts and behaviors1,2.

The studies address some of the criticisms aimed at the upcoming version of the Diagnostic and Statistical Manual of Mental Disorders, the DSM-5, which proposes the two-category approach.

Critics say the DSM-5, set to debut in 2013, is more conservative than the current edition, the DSM-IV, and may therefore miss some cases of autism.

The studies, published in the January issue of the Journal of the American Academy of Child and Adolescent Psychiatry, are the largest and most sophisticated to date to test the validity of this new model of autism diagnosis, analyzing symptom data from thousands of children.

“It’s great that different groups with different datasets are testing out questions related to the changes,” says Cathy Lord, director of the Institute for Brain Development at New York-Presbyterian Hospital in New York City, and a member of the DSM-5 revision committee.

Field trials of the DSM-5 are ongoing, but the datasets used in these two studies “are much richer and add information from different places, and that’s important,” Lord says.

The DSM-5 has garnered controversy because it brings several different diagnoses, including Asperger syndrome, under the single heading of autism.

“Some people are concerned that the DSM-5 as currently described is setting the bar a lot higher for getting a diagnosis,” says William Mandy, lead investigator of one of the studies and lecturer in clinical health psychology at University College London. “We need to think about that issue carefully in case it prevents some children from getting services.”

The DSM-5’s dual-symptom approach does away with the language category, absorbing social language difficulties into the social communication class of symptoms, and the stereotyped use of language into the rigid behavior category.

This change was inspired by studies showing that the triad of symptoms outlined in the DSM-IV does not hold up when applied to large numbers of children and adolescents, says Bennett L. Leventhal, deputy director of the Nathan Kline Institute for Psychiatric Research in Orangeburg, New York. Leventhal wrote a commentary accompanying the papers3.

“That led to the idea that there is a common disorder, irrespective of intellectual ability and language skills, centered on problems with social reciprocity and repetitiveness,” he says.

To determine how well the new grouping recapitulates autism, the two studies used different statistical methods to assess how the disorder’s symptoms cluster.

In one study, researchers analyzed data from more than 700 verbal children with mild to severe autism who visited a clinic at University College London. The children, who had an average age of 9.5 years, had been assessed using the developmental, dimensional and diagnostic interview, or 3Di, a computerized assessment developed at the university that collects data from parents and teachers.

The researchers used an approach called factor analysis, which looks for statistical associations among different symptoms.

Mandy’s team also looked at whether the changes from the DSM-IV to the DSM-5 better reflect the disorder. The DSM-5 gives more importance to the sensory issues that people with autism often have, grouping it into the repetitive behavior cluster. Mandy’s analysis confirmed this was an important change.

“Statistically speaking, the symptoms of sensory sensitivity did tend to have an association with repetitive movement,” he says. “It’s an enigma why sensory sensitivity would be part of the same symptom [cluster] as being obsessed with specific things. It’s something to try to better understand over the next few years.”

Mandy says he hopes that making sensory issues part of the core set of symptoms will bring them more attention from researchers. “It seems to be very prevalent and, in my clinical experience, causes just as much difficulty and impairment as other aspects and needs to be taken seriously.”

In the second study, researchers at the Cleveland Clinic analyzed symptoms of autism in 8,911 children diagnosed with the disorder and 5,863 typically developing siblings. The children are part of the Interactive Autism Network (IAN), a national registry in which caregivers report symptoms using the Social Responsiveness Scale and the Social Communication Questionnaire, two commonly used diagnostic tests.

They tested how well these symptoms fit with various diagnosticmodels, including the DSM-IV triad and the DSM-5 dyad. Like Mandy’s study, the researchers found that the dyad model best fits the symptoms.

Children in the study cluster into two distinct groups, those with autism and those without. The discrete pattern is strengthened by the fact that the control group consists of healthy siblings of children with autism, who often show more symptoms than does the general population.

The new findings don’t dispute previous research showing that many people have traits characteristic of autism, says lead researcher Thomas Frazier, assistant professor at the Lerner College of Medicine in Cleveland, Ohio.  Instead, they show that people who merit a diagnosis have more severe symptoms that follow a specific pattern.

That suggests that autism is more like cancer — you either have it or you don’t — than like high blood pressure, which falls along a spectrum, says Frazier. “The key point here is that we looked at thousands of people and had a lot of power to decide between models,” he says.

In addition to creating a dyad of symptoms, the most significant new feature of the DSM-5 is that it lumps Asperger syndrome, childhood disintegrative disorder, pervasive developmental disorder-not otherwise specified (PDD-NOS) and autistic disorder into one category.

Some clinicians and caregivers say this may set the bar too high. Some studies using the DSM-5 criteria have suggested that the criteria may miss some children with Asperger syndrome and PDD-NOS, both of which are on the milder end of the spectrum.

But the issues are complex, says Lord. “The reason the criteria are what they are is that we are trying to improve sensitivity and specificity, to make sure we are not diagnosing everyone with having autism,” says Lord.

Frazier agrees that the new standards are more conservative, but says they may be a bit too conservative.

“Now it’s very unlikely that someone who didn’t have autism would get a diagnosis, but some people who had autism might be missed, especially high-functioning folks,” he says.

To address this possibility, Frazier’s team tweaked the criteria to try to “recapture those who had been missed, without being as liberal as the DSM-IV.”

The researchers found that relaxing the diagnostic criteria, requiring four rather than five of the seven listed symptoms, enhances the test’s ability to correctly identify people with autism without incorrectly diagnosing others. “We could capture all folks who had autism, according to the model and the clinical diagnosis, without capturing many people who didn’t,” he says.

The children who came under the autism umbrella only with the more relaxed version were largely those clinically diagnosed with Asperger syndrome. “Assuming that the committee adjusts the DSM-5 to reflect this [modification], it should allay some fears,” he says.