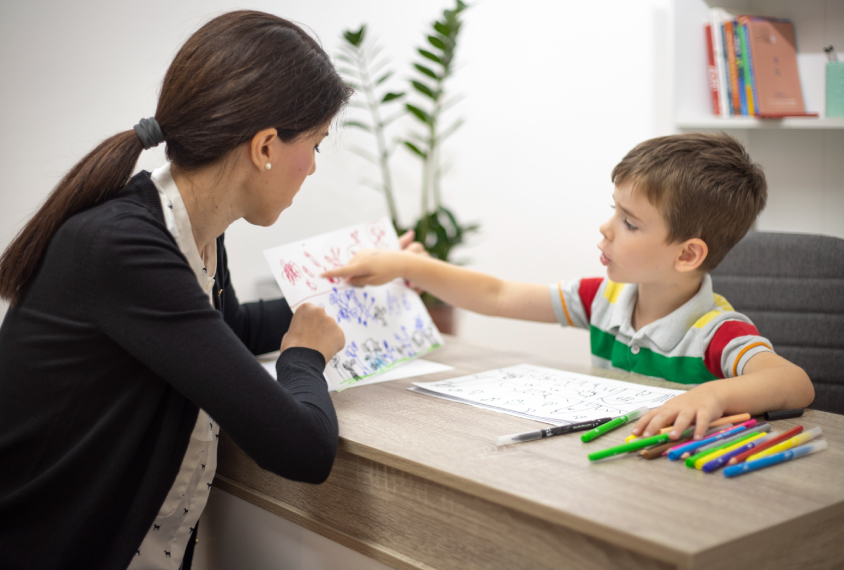 A second analysis reviewed studies that support pivotal response treatment (PRT) and found that the evidence isn’t strong enough to draw firm conclusions about whether the therapy is effective2.

The results of both studies run counter to anecdotal reports of positive outcomes from early autism treatments. They do not mean these therapies should be abandoned, says Micheal Sandbank, assistant professor of special education at the University of Texas at Austin, who worked on the first analysis.

But given that these therapies require families to devote dozens of hours of time each week, she says, scientists “can’t just keep relying on quasi-experimental research.”

Caregivers often report that children receiving these therapies show significant improvements in language, self-care and other living skills. But researchers have rarely monitored those outcomes.

“This is an interesting study that shows more research is needed, and no intervention is likely to work with all children,” says Heather Forbes, a speech-language pathologist at the University of Kansas in Lawrence, who was involved with the PRT study. “An individualized approach that uses evidence-based methods is probably best.”

Sandbank’s team analyzed studies that looked at any of seven types of early therapy for autism, including behavioral, developmental and technology-based.

They looked at 15 categories of outcomes, including language and social communication, and found that two of the seven therapies lead to significant improvement in at least one area.

The researchers call these two therapies “promising,” with the most evidence in their favor. The study appeared in the January issue of Psychological Bulletin.

This “promising” designation is an attempt to call for better evidence for these therapies while still enabling children to have access to them, Sandbank says: “We want to walk this line of not giving fuel to insurance companies to motivate not covering supports and services.”

The researchers found little evidence in support of sensory-based therapies, a class that involves exposing children to sensory stimuli in structured ways and that is popular among occupational therapists.

The analysis may have failed to capture the benefits of sensory-based therapies because it focused on language rather than on self-care or independence, says Roseann Schaaf, professor of occupational therapy and neuroscience at Thomas Jefferson University in Philadelphia, Pennsylvania, whose work is included in the analysis.

The researchers looked only at outcomes that the majority of studies tracked, Schaaf notes, which left out some outcomes with strong effect sizes that only a few studies tracked.

But Sandbank stands by her conclusions.

“I could definitely see folks who study those interventions saying that there’s no reason that our evidence should be aggregated together,” she says. “I will say that I read every single one of the studies, and even if we hadn’t aggregated it together, I didn’t see convincing evidence for any of those approaches.”

The second paper focused on PRT, a therapy that focuses on communication skills. Research on PRT does not rely on well-defined outcomes, making it difficult to assess whether the therapy is effective, the researchers found.

“Greater detail about what language and communication skills improve (and don’t improve) would help us understand who responds well to the intervention, as well as who might need more intervention or different interventions,” Forbes wrote in an email.

The review also underscores the need for consistent outcomes so that researchers can compare them across studies, says Tiffany Woynaroski, assistant professor of hearing and speech sciences at Vanderbilt University in Nashville, Tennessee. Woynaroski was involved with the meta-analysis of early interventions but not with the systematic review of PRT.

“[The findings] highlight a number of measurement issues of profound importance not only for research focused on PRT, but also for the larger literature evaluating the efficacy of treatments,” she says.

Large randomized clinical trials also tell us nothing about when, where and for whom interventions work, Forbes says. “People might wrongly think our study means professionals shouldn’t use PRT,” she says. “It’s important that researchers describe specific effects for specific participants.”