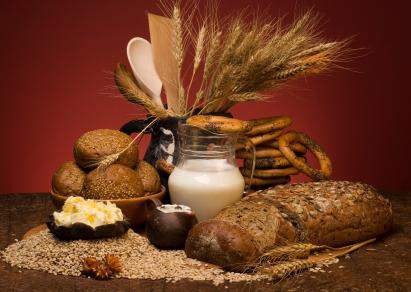 Food for thought: Scientists say more studies are needed to test whether a diet free of wheat, rye and dairy improves symptoms of autism.

About one year after Nicholas Jermyn was diagnosed with autism, his mother Elaine decided to put him on a diet that many claim lessens the behavioral symptoms of the disease.

“He can run up to me with good eye contact and speak in five- to six-word sentences, whereas before he would not even acknowledge my presence,” she says.

The Jermyns’ account is one of dozens of anecdotal success stories on a website that offers free advice for adopting the gluten-free, casein-free diet. Numerous advocacy groups, such as Talk About Curing Autism and Autism Speaks, offer information online about the alternative therapy, and more and more commercial websites and chat forums lauding its effectiveness are popping up.

Despite its growing popularity, however, mainstream scientists say there is no scientific proof to support the diet.

A 16 April review of research papers in scientific journals found only two studies, with a total of 35 participants, that had examined the efficacy of the diet, and concluded that large, well-designed trials are needed before clinicians recommend it as standard treatment1.

“Most of the research published so far has been woefully lacking,” says William Ahearn, director of research at the New England Center for Children, who was not involved with the study. “We really have no scientific evidence that shows an effect from this diet.”

The theory underlying the intervention is that children with autism do not adequately digest gluten and casein.

Normally, these proteins are converted into peptides and then into amino acids absorbed by capillaries in the intestine. When these substances arenʼt sufficiently metabolized, it suggests, the intestine absorbs excess peptides and some pass into the brain. There, they mimic opiates, which can lead to the behaviors associated with autism2.

“This hypothesis of a leaky gut that doesnʼt filter properly is totally speculative,” says Jennifer Harrison Elder, a researcher at the University of Florida.

If children with autism were producing excess opioid peptides related to gluten and casein, the peptides should be present in the urine, Elder notes. But a study published in March found no significant differences in the urinary peptides of 65 boys with autism and 158 typically developing boys3.

Still, clinicians say the diet warrants further study because of its widespread acceptance, and because some children involved in studies show some improvement.

“What is needed is a well-conducted, adequately powered randomized controlled trials to resolve this question once and for all,” says Michael Ferriter, a psychologist at the Nottinghamshire Healthcare NHS Trust in the United Kingdom and lead author of the review paper.

For instance, Ferriterʼs review found that the diet has a positive effect on the childrenʼs ability to communicate and interact. In 2005, Elder completed a pilot study, which was one of the two included in the review, in which parents of seven children reported marked improvement in language, fewer tantrums, and less hyperactivity ― although none of these results were statistically significant4.

“It could be that there is a subgroup of children with autism that may benefit, but we need to pay attention because families are so quick to try [unproven] treatments and even to see positive effects when they might not be there,” says Elder.

A Phase I trial currently under way might provide some answers.

Susan Hyman and colleagues at the University of Rochester are conducting a four-year, double-blind study of the diet. The researchers are collecting data on physiologic processes such as sleep and bowel movements, behavior that isnʼt specific to autism ― such as hyperactivity and inattention ― and autism-specific behavior.

The researchers are studying 30 children who follow the diet for 18 weeks, and plan to analyze the data once the project ends this fall.

Meanwhile, Elder is gearing up to conduct a similar study assessing the efficacy of the diet, also with 30 children. “Families are using this diet, some of them at great expense and inconvenience,” she says. “Itʼs really important for science to move ahead so they can make informed decisions.”