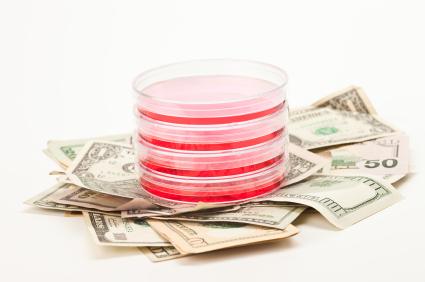 Blueprint bucks: The NIH is setting aside $60 million to fund priorities set by a new strategic plan for autism research.

The National Institutes of Health (NIH) yesterday committed $60 million from the stimulus package to fund research goals for autism laid out in the first federal ‘strategic plan’ for autism research. That plan, published 5 March, and crafted by a federal advisory panel over the past year, recommends 40 research studies with a projected cost of $800 million over the next decade.

In passing the Combating Autism Act in December 2006, Congress charged the Interagency Autism Coordinating Committee (IACC) — comprising 13 federal and 6 public members — with creating a strategic plan to help the Secretary of Health and Human Services set priorities for autism research. The IACC solicited input for this plan from both scientific experts and parent advocates, whose prerogatives were frequently in conflict.

The final plan recommends studying how autism affects people throughout life — from sequencing more than 50 candidate genes and identifying at least five environmental risk factors to studying the cost-effectiveness of services that aid adults with autism.

The strategic plan is “a landmark achievement,” says Paul Shattuck, assistant professor of social work at Washington University in St. Louis, who studies autism’s course and prevalence, and participated in one of the committee’s four scientific workshops.

The plan does not allocate money, nor can it dictate to federal agencies how to do so. The NIH, which funds the bulk of autism research in America, chooses projects based on the scientific merit of grant proposals.

Still, “[the plan] tells us what the community thinks are the highest priority areas to fund,” says Tom Insel, director of the National Institute of Mental Health, and chair of the IACC.

In total, for both short- and long-term projects, the plan recommends $312.6 million for studying autism’s diagnosis and description, $216.4 million for genetic or environmental causes, $206.8 million for treatments, and $55.4 million for services and support.

“Their priorities would definitely not have been my priorities for children with autism,” says Cathy Lord, director of the University of Michigan Autism & Communication Disorders Center, who led one of the workshops. Lord says that some of the recommendations that came out of those workshops — including research on how autism treatments and interventions affect non-white or low-income populations — were dropped from the final version, and replaced with an excessive number of projects on environmental causes.

The IACC met seven times between November 2007 and January 2009, when it voted on the plan’s final version. Approving the document before the new administration took over “was no accident,” Insel says. “I wanted to be able to hand over a finished copy of the strategic plan to the new secretary.”

The recommended short-term projects will be funded partly by the $60 million set aside for autism in the stimulus package, which earmarks a total of $8.2 billion for research funded by the NIH.

The IACC decided from the beginning that its plan would focus on the needs of the families affected by autism, and reflect the opinions of a variety of stakeholders. This is apparent even in the structure of the text: the research projects are listed under six broad questions families often confront, such as, ‘What caused this to happen, and can this be prevented?’ and ‘Where can I turn for services?’

“I think it’s admirable that, in thinking about their scientific agenda, [federal agencies] have moved toward a more responsive stance to some of the family advocacy organizations, as opposed to the old-school approach of, ‘We’re the experts, just give us money and trust us that we’ll do what’s best for it’,” says Shattuck.

In addition to the six public members, the committee also asked for community feedback — via Web-broadcast meetings, a town hall meeting, and the release of an early draft — throughout its deliberations.

In the end, the IACC decided to focus on biomedical treatments and the potential role of environmental factors because they are two of the most underfunded areas of research, Insel says. Because research on genetics is already heavily funded by private organizations, he adds, it was given less attention in the report.

Some of the recommended projects — such as the cost-effectiveness of autism treatments in communities, or large, randomized clinical trials of new treatments — have little precedent, notes Tristram Smith, associate professor of pediatrics at the University of Rochester Medical Center. “To see what actually happens when [trials] are done on a large scale is something that we very much need to do, and this really encourages investigators to figure out how to do them,” he says.

But some of the novel projects, such as a $33.3 million study intended to identify a panel of biomarkers for autism, “may be a little pie in the sky,” Smith adds. “It hasn’t been an area where a lot of progress has been made. So I think that’s a goal that could be questioned.”

Insel says he hopes the document will facilitate partnerships between federal agencies and private organizations. For instance, the plan calls for a $22.5 million project for an international network of biobanks and brain tissue from people with autism. “Some of the private foundations can do a much better job of soliciting participation in this effort, while the NIH can [work on] building a repository, storing and distributing the tissue,” he says.

Given the diversity of the panel’s members, the strategic plan was, unsurprisingly enough, hotly debated, and continues to be scrutinized.

Most of the debate centers around the plan’s emphasis on environmental risk factors. Lord says this came at the cost of research on more worthwhile topics, such as how to expand treatment services to low-income families — a project for which she was hoping to be funded.

“It’s gone, just gone. I was pretty astonished to see that that had disappeared,” she says.

The report also doesn’t emphasize studying autism’s course beyond childhood, notes Shattuck. “The amount of money that goes into understanding services and aging and supporting people in their daily lives seems disproportionately small,” he says.

Each member of the IACC had equal say on which research projects would be included in the final plan. “They literally went line by line, and sometimes word by word through the document,” Insel recalls. “There were arguments about syntax and very simple word changes because we wanted to get it right.”

Four of the six public voices of the IACC are outspoken members of the anti-vaccine movement. “There’s no question that the role of vaccines was one of the most hotly contested areas in the [IACC’s] discussion. There were some people who felt very strongly that this plan needed to say something very specific about that issue,” Insel says.

On 13 January, Alison Singer, one of those six members, resigned from her post as executive vice president of Autism Speaks. She says she felt she could no longer support the emphasis on research on vaccines’ role in autism.

The following day, the committee held its final vote on the plan. Singer was the only public member who voted not to specifically mention vaccines in any of the short- or long-term projects listed on the strategic plan. Many of the projects, however, focus on ‘environmental factors’ that could include vaccines.

In upcoming meetings, the IACC plans to discuss how to implement its plan.

“Now that it’s written, we don’t want it to be something that people put in their drawer and forget about,” Singer says. “It’s really a living document, and should remain flexible and robust.”