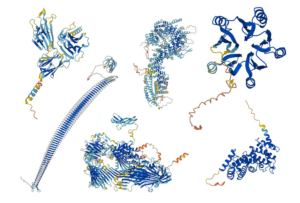 Folding fix: An artificial-intelligence tool has predicted the 3D structure of some 200 million proteins.