Some siblings of children with autism only share traits 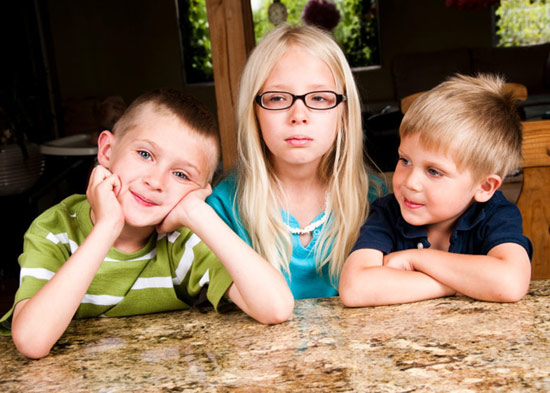 Mixed signals: Many siblings of children with autism show underlying features of the disorder though they never develop autism.

Over the past few years, a steady stream of reports has identified a range of characteristics associated with autism in the infant siblings of children diagnosed with the disorder.

Many of the early markers turned up so far are behavioral, such as the failure to spontaneously engage a caregiver’s attention at 6 months of age1. Some are functional: for example, the inability to attend to the movement of other people at age 22. Some are anatomical or structural, such as a bigger head size3.

The goal of these ‘baby sibs’ studies is to identify early markers for autism and promote early intervention, as siblings of children with the disorder have a much higher risk of developing autism than typical children.

However, some researchers say the anomalies turning up in these studies are not early biomarkers for the disorder, but rather traits shared by affected and unaffected siblings that don’t necessarily signal autism.

“If you look at the prevalence for the diagnosis in the infant sibs studies to date, it’s essentially double the risk that we actually see when we measure diagnosis in older kids,” points out John Constantino, professor of psychiatry and pediatrics at Washington University in St. Louis.

This suggests, he says, that some of the children diagnosed early because of these studies either don’t have autism at all or somehow overcome their early deficits. “Some children showing a behavioral phenotype early on have other biological and cognitive compensatory factors that allow them to move on as they get older.”

Yale University researchers reported much the same thing earlier this year, based on a functional magnetic imaging study of biological motion.

Those researchers identified a ‘neural signature,’ or pattern of brain activation, in the siblings of children with autism that is identical to that of their affected brothers and sisters.

Compared with healthy controls, the siblings, like the children with autism, show less activation in critical brain regions when watching point-of-light displays of biological motion. But the siblings, ages 4 to 17, show more activity in two other brain regions that seem to compensate for the deficit.

“They have this extra set of brain regions coming online that even typically developing people don’t have,” says senior investigator Kevin Pelphrey, associate professor of child psychiatry at the Yale Child Study Center. “It’s like they develop a different kind of brain that allows the normal behavior to emerge by a different path.”

Alternately, siblings of children with autism who are described as ‘unaffected’ on the basis of behavior may have subtle deficits that are part of an underlying biological trait, or endophenotype — for example, language delay.

“Even a subtle language impairment may represent a true autism endophenotype,” says Constantino. Many female siblings, he points out, have traits of autism that are often missed because they are milder than those exhibited by boys4.

One in five siblings of children with autism are predicted to develop the disorder, compared with 1 in 100 children among the general population. Another 20 percent of the high-risk siblings is likely to develop the broad autism phenotype (BAP), sharing some of the defining traits of autism — social awkwardness, communication problems, restricted interests — though to a much lesser degree of severity.

A third group comprises of family members who do not have autism or BAP, but who nonetheless share certain endophenotypes based on shared genotype. These traits — invisible to the naked eye — up the risk of developing the disorder, but are somehow offset by protective or compensatory mechanisms.

To unravel why only some infant siblings develop the disorder, researchers should look carefully at development and try to identify triggering or protective factors in the first year of life, says Ami Klin, director of Emory University’s Marcus Autism Center.

Klin has shown that recognition of the movement of living beings — a reflex that is present at birth in other species and which helps to form bonds between parents and offspring — is disturbed in 2-year-old children with autism.

The initial reflex for recognizing biological motion appears to be intact in children with autism, he says, but somewhere in the following two years, in the experience-dependent learning stage, the process goes awry.

His team is creating monthly growth charts of social development in a sample of infant siblings to reveal when and how that mechanism is disrupted in some children. Although a shared genetic liability may up the risk, two other factors — gene dosage and timing — play a critical role in whether the risk leads to a child with autism or BAP or to one who is seemingly unaffected, Klin says.

“As we look at the growth charts of the children who did develop autism and compare them to typical children,” he says, “we are seeing that what happens in the first year really varies from month to month as these children accomplish developmental milestones.”

Development is a highly variable process not only in children with autism, but in typically developing children — and many of the measures being evaluated in baby sibs studies have never been looked at in the general population, adds Constantino.

Sometimes researchers identify a certain trait in the siblings of children with autism and compare it to a small sample of typically developing kids, he points out. “But you have to be careful before you interpret it as an endophenotype or as an early indicator of autism.”

Other researchers agree that at this early stage, caution is warranted. Charles Nelson, professor of pediatrics at Children’s Hospital in Boston, is tracking infant sibs in a longitudinal study that assesses various markers at three-month intervals, from birth to 36 months.

His team has found that high-risk infants show differences in processing social information and sounds as measured by a range of electrophysiological and imaging tests — but he’s not yet willing to call any of these data predictive.

“Right now we are at the endophenotype phase where we have ample statistical power that allows us to distinguish the high- from low-risk groups,” he says. “But we’ve had too few kids who have aged into the diagnosable age to predict which ones will wind up on the spectrum.”