Some autistic people report poor quality of life, but many do not 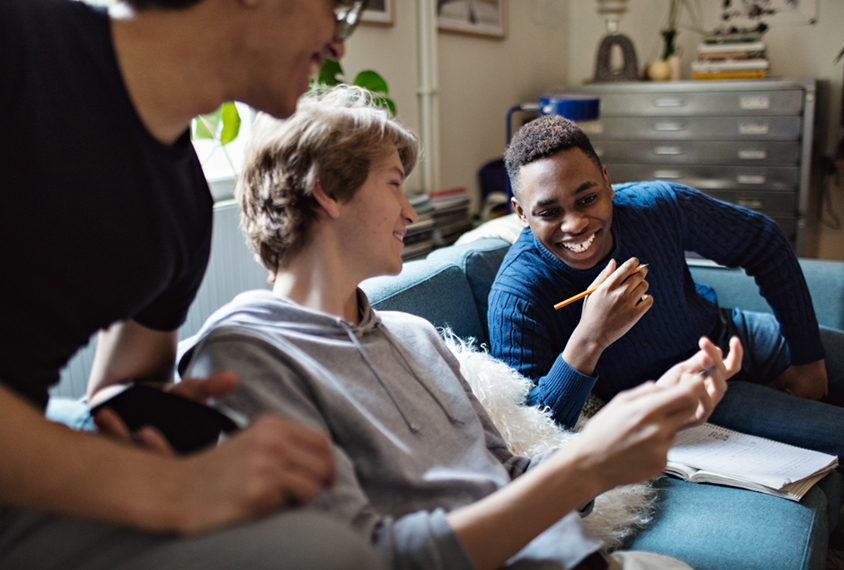 Subjective experience: Autistic people, as a group, report having a poor quality of life, but some individuals buck this trend.

Autistic people vary widely in their quality of life, a new study shows1. Some report shortcomings in their physical health and school achievement, among other areas, but many do not.

To help autistic people improve their well-being and satisfaction with life, researchers need a better understanding of what matters to individuals, says lead researcher Eva Loth, senior lecturer in forensic and neurodevelopmental sciences at King’s College London in the United Kingdom.

“It’s really important to consider each person and their circumstances individually, understand what aspect of quality of life is affected, why, and then decide with them what may be the most useful support,” Loth says.

Autistic people often report having a lower quality of life than non-autistic people do, a trend driven in part by social isolation and a diminished belief in their own capabilities, according to a study published earlier this year. They are also more likely to have anxiety or depression, which can impact a person’s ability to function in society and achieve life goals.

The new work suggests that anxiety and depression, not autism traits, explain why many autistic people score lower than non-autistic people across various measures of quality of life. It also shows that this gap closes for some autistic adults and children within specific areas, including physical health, leisure activities and school achievement.

Despite overall differences between the two groups, “individual quality-of-life outcomes vary, with some individuals clearly doing well,” says Judith Miller, senior scientist and training director at the Center for Autism Research at the Children’s Hospital of Philadelphia in Pennsylvania, who was not involved in the work. “We know we have a lot to learn about autistic individuals who are struggling. This paper shows we also have a lot to learn from autistic individuals who are doing well.”

Loth and her team analyzed survey data from 344 people with autism and 229 without autism who are part of a larger long-term European study2. Adults completed a 26-item questionnaire about their physical health, psychological health, social relationships and opportunities for leisure activities. For children and teenagers in the study, parents completed a 45-item questionnaire that assesses physical and psychological comfort, risk avoidance, academic achievement and the availability of an adult to talk to about problems.

Loth’s team also examined data on autism traits, as measured by a 65-item survey on social-communication abilities; parent reports on sensory-processing differences in the children and teenagers; and data on the participants’ self- or parent-reported depression and anxiety traits.

Autism traits did not significantly predict adult participants’ quality of life, but depression severity did. Depression and anxiety predicted a lower quality of life for children and teenagers in multiple areas, as did social-communication difficulties. The work was published in October in Autism.

“It makes a lot of intuitive sense that mental health would impact quality of life,” says Carla Mazefsky, associate professor of psychiatry and psychology at the University of Pittsburgh in Pennsylvania, who was not involved in the work. “Clinically and in my own research, I frequently encounter children and adults with [autism] whose distress and dysregulation impacts almost every aspect of their life.”

Quality of life is an inherently difficult concept to study because it is “multifaceted, complex, and should be subjective by its very nature,” Mazefsky says. As with many other areas of research, scientists could use better tools to study it, she says. “I feel like these measures are missing an important concept. It seems like it would be ideal to also consider if individuals feel like they are able to achieve the goals they set for themselves.”

Questionnaires may focus on areas, such as personal relationships, that autistic respondents do not necessarily think of as important factors contributing to their quality of life, Loth says. Because most tools, including the ones in this study, were developed for non-autistic people, they may not accurately capture what autistic people see as a good life for themselves.

“They may not have a huge circle of friends, they may not engage in those activities, but that does not mean that they feel they have a reduced quality of life,” Loth says.

To get a better look at these subjective questions, her team is interviewing autistic people about which areas covered by existing quality-of-life questionnaires are most important to them, and whether any key areas are missing from the surveys.

They also plan to examine not just how autism traits, anxiety and depression contribute to quality of life, but also the reverse.