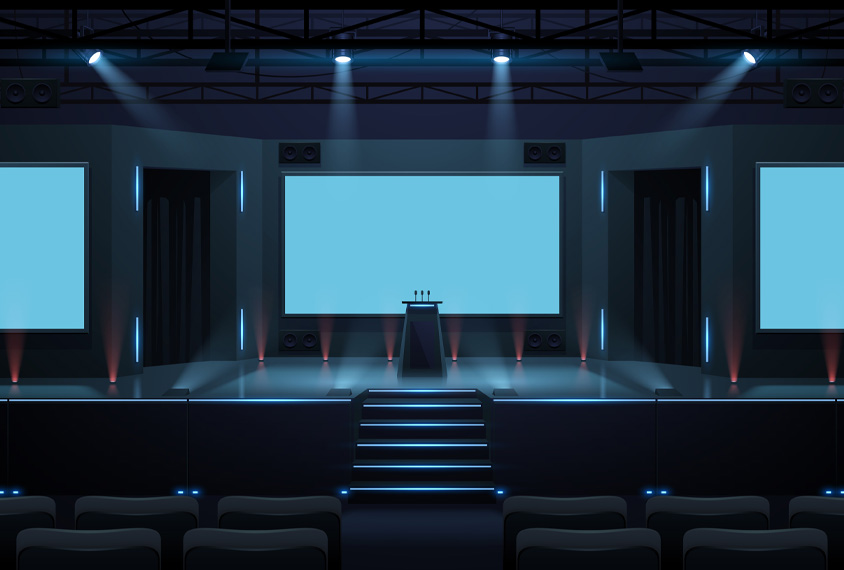 Scrapped plans: The decision follows a Spectrum survey that found most autism researchers didn't plan to attend in person.

The annual meeting of the Society for Neuroscience (SfN), which typically draws more than 30,000 researchers, postdoctoral fellows and graduate students from around the world, will be held entirely online, the organization announced today.

The in-person portion of the conference was slated for 13 to 16 November at McCormick Place in Chicago, Illinois. The society made the decision, according to the announcement, in light of “the continuing spread of the SARS-CoV-2 delta variant, causing a significant number of in-person speakers to withdraw and preventing SfN from holding a major portion of its in-person programming.”

The SfN council also cited “pandemic-related travel restrictions imposed on non-U.S. travelers,” which “have caused a significant decline in registrations and hotel reservations.”

A survey by Spectrum published on Monday found that, of 138 respondents, 109 autism researchers did not plan to attend the conference online or virtually. Just 10 people said they planned to attend in-person.

“I do not understand what changed today from several weeks ago,” says Amanda Kentner, professor of psychology at Massachusetts College of Pharmacy and Health Sciences in Boston, noting that the email announcing the change did not provide any specific reason. Kentner was not planning to attend the in-person meeting but says she feels bad for those who were.

After the announcement, the phone number for the SfN housing website played an automated recording: “All reservations booked through SfN Housing will be canceled automatically without a penalty, and there is no further action that needs to be taken.”

In the cancellation announcement, SfN offered in-person registrants “access to the entire fully virtual Neuroscience 2021 meeting, with a full scientific program, virtual posters, and networking.” They also wrote that “all Neuroscience 2021 registrants will receive a 50 percent discount on 2022 SfN membership as a thank you for their ongoing loyalty.”

Other researchers, with flights already booked, worried about their students and how they would be reimbursed through their university or research grants.

“I had planned to go in order to help with networking for my students, and due to the ease of getting to this particular location for us. Now we will be scrambling to see what we can do about the airfare, etc.,” says David Beversdorf, professor of radiology, neurology and psychological sciences at the University of Missouri in Columbia

“I would not spend $485 on a virtual conference, and as a #newPI this is quite a lot for my conference budget anyway,” wrote Elizabeth McCullagh, assistant professor of integrative biology at Oklahoma State University in Stillwater, on Twitter. “Not to mention the flights that I already booked for myself and my student.”

100% agree with this. I would not spend $485 on a virtual conference, and as a #newPI this is quite a lot for my conference budget anyway. Not to mention the flights that I already booked for myself and my student. @SfNtweets do better. https://t.co/i78Cs0JVvV

“I understand this was a tough decision, but you have to offer a reimbursement option for existing registrations,” wrote Benjamin Saunders, assistant professor of neuroscience at the University of Minnesota, Minneapolis, on Twitter. “People paid 100s of dollars expecting to be able to go in person. A discounted membership fee next year is not sufficient.”

I understand this was a tough decision but you have to offer a reimbursement option for existing registrations. People paid 100s of dollars expecting to be able to go in person. A discounted membership fee next year is not sufficient.

Audrey Brumback, assistant professor of neurology at the University of Texas at Austin, was also already planning to skip the conference this year. The change in plans “makes me feel less crazy, for sure,” she says.

“Looks like leadership at SfN read your article and were like, ‘Brumback’s not going,’” Brumback joked. “‘We’re calling it off.’”