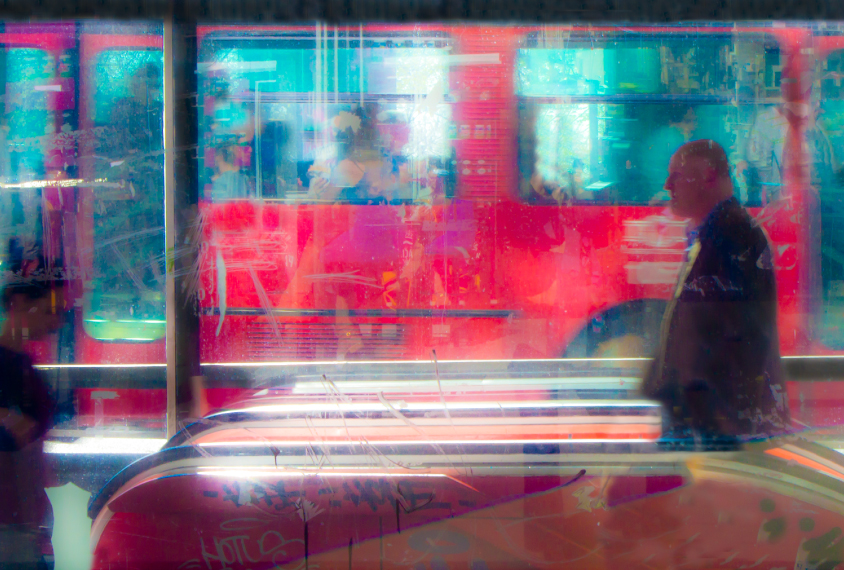 Getting by: Autistic people who ace intelligence tests may still have trouble navigating public transportation or preparing a meal.

Social difficulties in people with autism may contribute to their troubles with daily living — from brushing their teeth to taking a bus, according to a new study1.

Autistic people may have daily living, or ‘adaptive,’ skills that are far worse than their intelligence quotient (IQ) would predict. For instance, they may have a high IQ but be unable to hold down a job because they cannot navigate public transportation.

Other studies have reported that this discrepancy is especially significant in autistic people who have traits of other psychiatric conditions, such as attention deficit hyperactivity disorder (ADHD) or depression2.

The new study found that scoring low on a measure of social ability predicts an incongruity between IQ and adaptive skills.

The findings are surprising, says lead researcher Tony Charman, chair of clinical child psychiatry at King’s College London. “It would have made some sense for me if high levels of sensory symptoms or high levels of ADHD were making [autistic people] less functional in everyday life.”

Still, the findings may help researchers better understand adaptive problems in people with autism, says Vanessa Hus Bal, Karmazin and Lillard Chair in Adult Autism at Rutgers University in New Brunswick, New Jersey, who was not involved in the study.

“As a field, we often think of adaptive skills as amenable to intervention, so understanding what factors may be impeding those skills is critical,” Bal says.

The study included 417 people with autism aged 6 to 31 years, all participants of EU-AIMS LEAP, a long-term study that tracks autism traits, brain structure and genetics. The participants’ parents filled out the Social Responsiveness Scale (SRS) and the Vineland Adaptive Behavior Scales.

In general, the worse participants score on the SRS, the greater their problems with adaptive skills, the researchers found. This trend is true for each of the three domains in the test: social skills, communication skills and daily living skills. Autistic people with pronounced social problems tend to have a larger gap between their IQ and adaptive behavior score than do those with better social skills.

The study did not find a link between adaptive skills and restricted and repetitive behaviors, anxiety, depression, ADHD or sensory problems.

But that may be because of the nature of the participants, says Audrey Thurm, director of the Neurodevelopmental and Behavioral Phenotyping Service at the National Institute of Mental Health, who was not involved in the study.

As a group, the participants have higher IQs than are generally seen in autistic people, and they are adaptable enough to enroll in a study requiring brain scans. It’s possible that too few of them have attention or mood problems to reveal a link to adaptive behavior, Thurm says.

Overall, the results do raise the question of how social and adaptive problems are related.

“Is it their inability to use social-communication skills to overcome their other weaknesses, or is there something else about social communication that is causing more adaptive problems?” says Stephen Kanne, executive director of the Thompson Center for Autism and Neurodevelopmental Disorders at the University of Missouri in Columbia, who was not involved in the study.

The results do not indicate that social problems cause adaptive problems, says Charman. His team plans to follow the participants to see how each of the traits changes relative to the others.