Social factors may drive the spike in autism cases 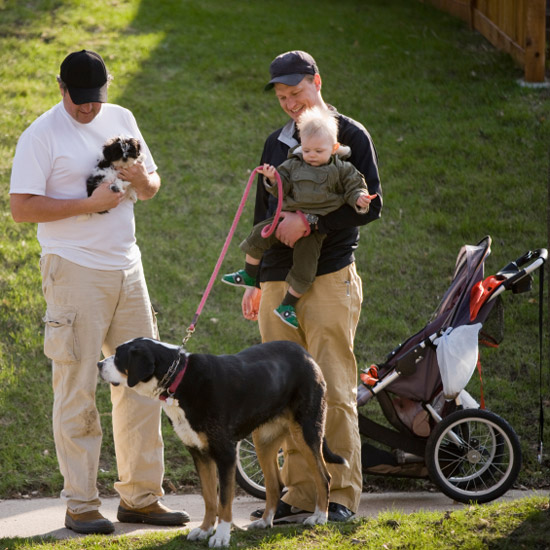 Talk therapy: Neighborhood networks may explain why children who live close to another child with autism are more likely to be diagnosed with the disorder.

When Peter Bearman applied in 2007 for a grant to study social and environmental factors in autism, it was his first foray into the field.

“No study section in the world would have funded me,” he says. “I had no experience or background in autism.”

His application must have been persuasive, because it won him a National Institutes of Health Pioneer grant, part of a scheme intended to foster innovative and transformative research.

Since then, Bearman’s team at Columbia University in New York has published a series of papers that goes a long way toward explaining a 634 percent increase in autism diagnoses in California between 1987 and 2003. His work has shown how subtle social and demographic changes, such as more children born to parents over age 40, more active neighborhood networks, and evolving definitions of the disorder, all contribute to the increase.

The first year of the study, the team built data sets electronically linking files from California’s Department of Developmental Services (DDS) and birth records. The DDS coordinates diagnoses, services and support for people with syndromic autism — but not those with Asperger syndrome, Rett syndrome or other spectrum disorders — through its 21 regional centers.

“We have every family in California, and we’ve also built a complete data set of physicians [who treat autism],” Bearman says. He says he was particularly interested in tracking changes in prevalence by birth year, rather than looking at aggregate increases, which might mask some critical factors and overstate others.

In that time period, Bearman notes, the DDS implemented changes in diagnostic practices in response to evolving clinical criteria for autism in successive editions of the Diagnostic and Statistical Manual of Mental Disorders. Diagnostic changes alone account for about 26.4 percent of the increased autism caseload in California, he says. “There is strong evidence that individuals who would have solely been diagnosed with mental retardation in the past now receive a dual diagnosis of mental retardation and autism.”

At the same time, the average age of autism diagnosis fell from 5.9 years for a child born in 1992 to 3.8 years for one born in 2000. Irva Hertz-Picciotto and her team at the University of California, Davis, reported that this change accounts for another 24 percent of the rise in autism diagnoses2.

In 2009, Bearman’s group identified a high-risk cluster in West Hollywood neighborhoods3 — children there are at four times the risk of being diagnosed with autism as children in other parts of California — and a second cluster among children born in 1994 in Northridge, northwest of downtown Los Angeles. Families living in both these areas tend to be Caucasian, with higher median property values than in surrounding areas.

Given most scientists’ skepticism about disease clusters, “Our work has been to get as much of an understanding of what’s driving that as possible,” Bearman says.

The proximity effect is strongest in younger children, and in less severe cases of the disorder. At the higher-functioning end of the spectrum, “these are kids who decades ago would just have been thought of as weird, not developmentally impaired,” Bearman says. All of these observations together point to “social diffusion of information” — parents sharing information — as the likely explanation for the clusters, he says.

Another piece of the puzzle fell into place when the team began mining data on parental age. In agreement with previous studies, they found that parents over age 40 are more likely to conceive a child with autism. By focusing on individual birth years, rather than lumping together more than a decade’s data as other studies had done, they found that the risk of autism for a child born to a mother age 40 or older peaked in 1992 with an 80 percent increase in risk and then dropped to between 40 and 50 percent after 1994. However, except for children born in 1992, having an older father doesn’t significantly increase a child’s risk of autism, they found5. They do not speculate on the reason for these patterns.

Because Bearman’s team looked at individual years, his estimates of both maternal and paternal age effects are “more believable” than those reported in previous studies, says Jonathan Sebat, chief of the Beyster Center for Molecular Genomics of Neuropsychiatric Diseases at the University of California, San Diego.

“If autism rates are increasing and parents are getting older simultaneously, when you lump an entire decade’s worth of data together you will see a phenomenal effect,” Sebat notes. “The Columbia group controlled for that but they still found an effect.”

In a paper published in May, Bearman’s team also showed that between 1992 and 2000 the numbers of same-sex identical twins — who share the same DNA — with autism increased, whereas the numbers of opposite-sex and fraternal twins with autism decreased6. These results led the researchers to suggest that de novo mutations — non-inherited changes to DNA in sperm or eggs — may be contributing to the incidence of autism.

Sebat says this is a credible hypothesis.

“There is good evidence that de novo mutations are a more important contributor to disease risk than we had assumed,” he says. “It’s completely consistent that there has been an increase in new pathogenic mutations coming from older parents.”

Hertz-Picciotto points out that all of the factors identified by the Columbia researchers and her own team still account for only two-thirds of the increase in autism cases seen in California between 1990 and 2001. “Artifacts explain some of it, but there’s still this substantial proportion of new cases that’s not explained and that’s troubling,” she says.

Bearman agrees that the riddle is not yet solved, but notes that there are two separate questions to address. “What is causing the increased prevalence, and what is causing autism? The answers are not necessarily overlapping.”