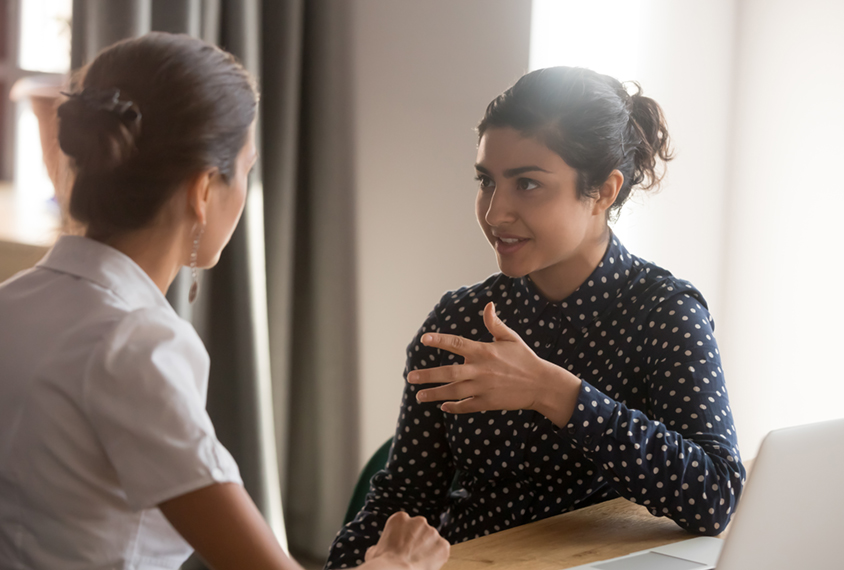 Female gaze: Autistic and non-autistic women and girls spend more time looking at faces than do their male peers.

Autistic women and girls pay more attention to faces than their male counterparts do, according to unpublished findings presented virtually last week at the 2021 International Society for Autism Research annual meeting. (Links to abstracts may work only for registered conference attendees.)

The results jibe with earlier findings that infant girls with an increased likelihood of having autism pay closer attention to social cues than their male counterparts do.

“[The faces] aren’t grabbing the autistic males in the same way,” says study investigator Teresa Del Bianco, a postdoctoral researcher at the Centre for Brain and Cognitive Development at Birkbeck, University of London in the United Kingdom.

The difference may help explain why women and girls are less likely than men and boys to be diagnosed with autism, the researchers say.

The team used a portable eye tracker to evaluate 388 autistic people and 271 non-autistic people aged 6 to 30 years old at six sites as part of the Longitudinal European Autism Project. Each participant watched a video of people being interviewed, in which each face appears for about three seconds.

When watching the videos, autistic and non-autistic female participants both spent more time looking at faces than did their male counterparts, the researchers found. And unlike autistic women and girls, autistic men and boys had significantly different patterns of looking behavior than their non-autistic peers.

The non-autistic participants’ attention to individual faces followed a consistent pattern over time, ramping up shortly after a face appeared on screen and then slowly decreasing. Autistic boys and men also attended to the face initially but spent less time overall looking at it than their non-autistic peers did. And their attention to the face also waned, but at a slightly slower rate.

The team plans to continue using these videos and other visual stimuli to study how social attention varies under different conditions and how autistic men and women differ in their performance, Del Bianco says.