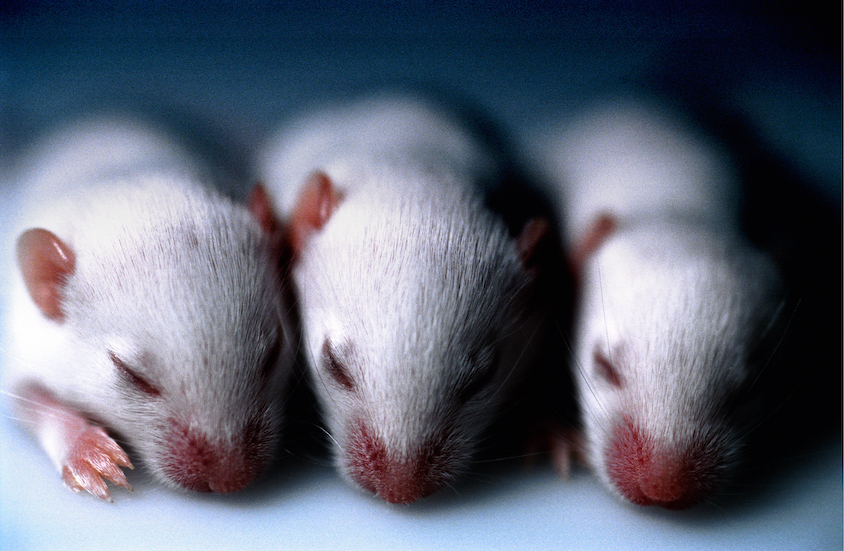 Sleepless in SHANK3: Mice missing the autism-linked gene have trouble falling asleep, an issue that arises early in their development.

This article was originally published in May 2022, based on preliminary data presented at a conference. We have updated the article following publication of the study in September 2022 in the Journal of Neuroscience Research.

Mice with a mutation in the autism-linked gene SHANK3 fail to achieve normal sleep patterns in about their fourth week of life, a new study has found. This is when most mice develop the typical response to sleepiness: falling asleep.

Mice develop this sleep tendency between their 24th and 30th day of life, a period when their brain grows from 70 to 80 percent of its adult size, according to the unpublished findings. The equivalent brain growth occurs between 10 and 16 months of age in people, says lead investigator Lucia Peixoto, assistant professor of biomedical sciences at Washington State University Spokane, who presented the findings in May at the 2022 International Society for Autism Research annual meeting. (Links to abstracts may work only for registered conference attendees.)

Sleep problems are common among people with SHANK3 mutations, Peixoto says, and affect 40 to 93 percent of autistic children more generally, according to a 2021 analysis. These problems, which are associated with repetitive behaviors, include difficulty falling asleep; waking up several times each night; short sleep times; and parasomnias, such as sleepwalking or night terrors.

Starting at day 24, SHANK3 mice slept for significantly less time than wildtype mice, a difference that persisted into adulthood, the study shows.

Between day 24 and 30, wildtype mice began sleeping a little less during the night and a little more during the day. But SHANK3 mice show no such change in habit — they sleep about the same proportion of day and night hours during both periods.

The two sets of mice also differ in their responses to sleep deprivation, the work shows. When mice lose sleep, the electrical activity in their brain typically becomes increasingly noisy, and increasing erratic spikes in their brain-wave activity tend to indicate impending sleep. Between 24 and 30 days of age, wildtype mice take progressively less time to fall asleep when they get sleepy, but SHANK3 mice take just as long as they did at day 24.

This difference remains in adulthood, too, with SHANK3 mice taking significantly longer to fall asleep, even when they are sleep deprived.

Because these issues arise in infancy in the mice, they may be appropriate targets for therapy in people with SHANK3 mutations, Peixoto says.