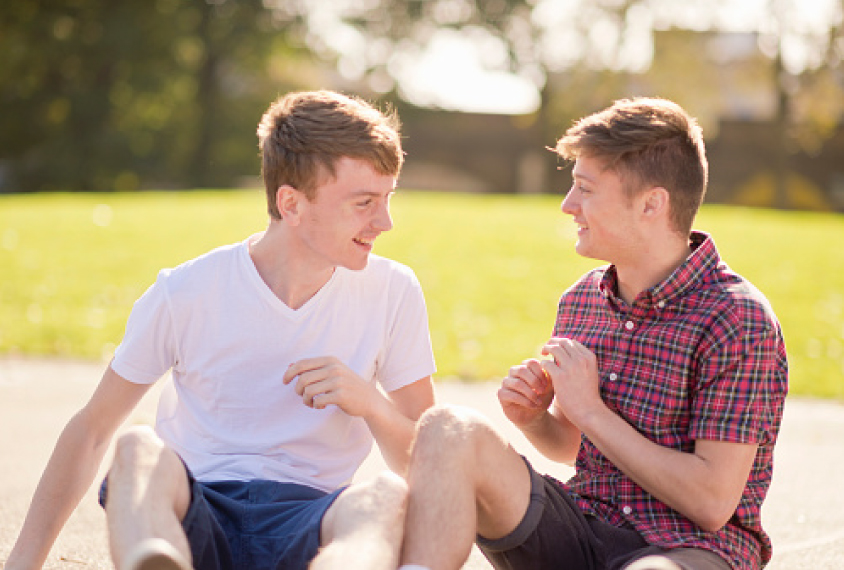 For more than a decade, pediatrician Peter Halas has overseen the treatment of a young autistic woman, Mary Anne, who consistently resisted his attempts to examine her. Mary Anne’s parents have brought her to his New Jersey clinic at least once a year since she was 10, but at each visit, she would push him away and say just one word: “No.” (Halas did not disclose Mary Anne’s last name, to protect her privacy.)

Halas prescribed Mary Anne anxiety medication, he says, but her mood and behaviors did not improve.

So, when Yamo Pharmaceuticals, a small biotechnology company based in New York City, asked Halas to lead a study on its candidate autism drug, he jumped at the opportunity. “This patient, who had been my patient for a long time and was severely autistic, immediately came to mind,” Halas says.

Halas convinced Mary Anne’s parents to enroll her as one of the study’s eight participants. Shortly after Mary Anne, then 24, began taking the drug, Halas says he witnessed a transformation.

“Within a week she became more comfortable, happier, and started to speak more,” he says. “The second week, she was starting to use sentences, asking questions and making eye contact.” She began to blow kisses to her family members, recalling minute details about nursery school teachers from 20 years earlier, and even attended a rock concert. And she allowed Halas to examine her.

As in the young woman’s case, results from the study — and a subsequent 41-person trial — hint that the drug, L1-79, improves social behaviors in adolescents and young adults with autism, according to J. Thomas Megerian, chief medical officer at Yamo.

The company has yet to publish its results or post them on Clinicaltrials.gov — a federal repository of clinical trial results — so they are difficult to confirm, however.

Despite the dearth of data, in May the U.S. Food and Drug Administration (FDA) granted the drug ‘fast track’ status, according to Megerian. (FDA officials declined to confirm this, citing agency rules.)

Fast-track status is not an endorsement of a drug’s potential: A candidate drug can gain fast-track status if it has the potential to fulfill an unmet need for a serious medical condition; the agency can grant this status at any point during a drug’s review. The drug’s makers can also meet frequently with FDA officials about their study design.

Many scientists say they are surprised by the FDA’s decision because of the lack of published data on the drug’s effectiveness.

“[The decision] blows me away,” says Joseph Coyle, director of McLean Hospital’s Laboratory for Psychiatric and Molecular Neuroscience in Belmont, Massachusetts. The drug affects several distinct neuronal systems, he says, “most of which have nothing to do with autism.”

Yamo’s candidate is chemically similar to an approved cancer drug, Demser, whose mechanism is well understood. It inhibits an enzyme called tyrosine hydroxylase, which is critical for the production of chemical messengers called catecholamines. This category includes the chemical messengers dopamine, norepinephrine and epinephrine; abnormal dopamine signaling has been linked to autism in several ways.

Demser is used to treat tumors that release high levels of catecholamines. Yamo’s drug mixes Demser with a mirror image of its chemical structure — and the participants in both of Yamo’s studies took it at much lower doses than Demser’s typical dose, according to the company’s officials.

The Yamo drug would be expected to act similarly to Demser, although no animal studies exist to support that idea.

“We just treated patients; we didn’t do a lot of the kind of antecedent work that might be done in terms of investigating mechanisms,” says John Rothman, Yamo’s chief scientific advisor. The process was “a little bit of guerilla pharmacology,” he says, because Yamo operated on a shoestring budget in its early days.

It’s unclear how blocking signaling by dopamine or other catecholamines would improve social behavior in people with autism — the claim the company makes in the white paper it made available to Spectrum.

In its description of the drug’s proposed mechanism, Yamo “was not only selective, but it was also to the point of being less than scholarly,” says George Anderson, senior research scientist at the Yale Child Study Center. “To think this is in any way improving a fundamental alteration of systems in autism is, I think, misguided.”

“Nobody thought this was going to show anything,” says Megerian. But to his surprise, he says, most participants taking the drug improved on several scales that assess social behavior.

Parents of children in the trials have given video testimonials that the company shared with the FDA about the drug’s benefits. In one video, a mother tells a story about her teenage son, who sometimes bangs his head on walls and head-butts his brothers. While taking the drug, she says, her son went for weeks without hurting himself; his sleep improved and he accepted his parents’ affection.

However, poignant anecdotes are no replacement for well-designed clinical trials, scientists note. Given the lack of published data, they are concerned about raising families’ hopes of a treatment.

“Parents are desperate for treatment for their kids,” Coyle says. “I can tell you, in terms of the autism community, there are a number of unfortunately fringe, charismatic people offering treatments that have no biomedical validity.”

Yamo officials say they intend to enroll 250 people with autism in a second phase II trial in early 2019.