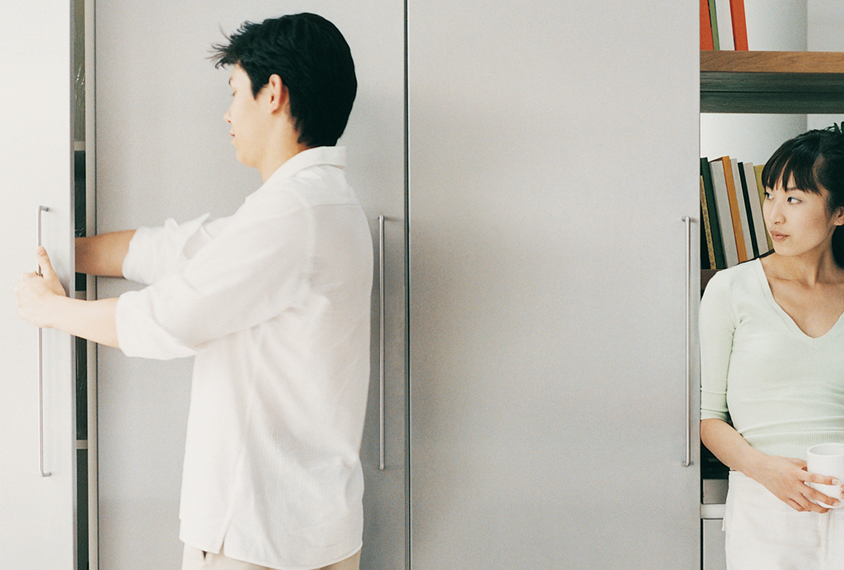 Mind readers: Certain brain cells signal whether others' beliefs are true or false.

Some neurons have distinct firing patterns when a person tries to infer what someone else is thinking, according to a new study. The cells may be central to ‘theory of mind,’ or the ability to understand and reason about what others think.

Theory of mind is an essential part of social interactions, and it may be lacking in some autistic people, research suggests. For example, many autistic people perform poorly on the ‘false-belief task,’ which involves listening to a short story about a character who wrongly believes something and answering questions about how that character then acts.

During such tasks, a part of the brain called the dorsomedial prefrontal cortex is active, but it has been unclear what underlies that activity. The new work suggests that individual neurons within the region encode various components of theory of mind: Some cells activate when a person considers someone else’s beliefs, some signal whether those beliefs are true or false, and some even encode the content of those beliefs.

“These types of cells have been long hypothesized, and they are really central to many theories in social neuroscience. But they haven’t really been shown before,” says lead investigator Ziv Williams, associate professor of neurosurgery at Harvard University.

The information carried by these neurons “seems very, very specific to understanding things from another person’s perspective — understanding their beliefs about the world and that they’re different from your own,” says Michael Platt, professor of neuroscience at the University of Pennsylvania in Philadelphia, who was not involved in the study. “It’s really striking.”

Williams and his colleagues recorded the activity of 324 neurons in total in 15 people undergoing surgery to implant deep-brain stimulation devices in the dorsomedial prefrontal cortex. The team already uses neuron recordings to target a device’s placement, so they could run the experiment without disrupting the procedures.

The participants — who were awake during surgery — listened to short descriptions of different scenarios, followed by questions. One scenario resembled the traditional false-belief task. In another, the character held a true belief. A third scenario required no consideration of another persons’ beliefs to answer the questions correctly.

“When you take all these bits and pieces of information, you can put them together and paint a fairly detailed picture of what it is that somebody else is actually thinking and believing, which is pretty remarkable,” Williams says.

“You can almost predict whether the participant is going to get the answer correct before they provided the answer,” Williams says.

Running the same experiment with autistic participants could shed light on why many people with autism fail tasks that rely on theory of mind — and whether the problem is at the level of single neurons or more network-wide, says study investigator Mohsen Jamali, instructor of neurosurgery at Harvard.

Even if later work can identify differences in these cells for people with and without autism, though, “what on earth does it mean?” says Uta Frith, emeritus professor of cognitive development at University College London in the United Kingdom, who was not involved in the work.

“What you really want to know is, where do these cells get their input from?” she says. “How do they get set up there? When in development?”

“It is pretty amazing,” she says. But “it’s a typical case of a paper that raises more questions than it gives answers.”