Signs of autism may be heard early in infancy 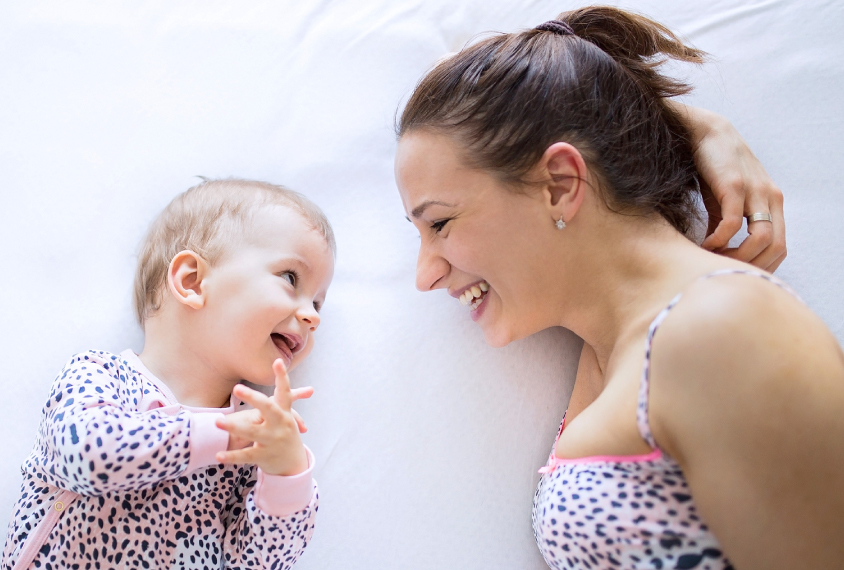 Special time: Interactions with a caregiver are likely to be important to an infant’s development.

Autistic infants as young as 4 months may have fewer verbal exchanges with their caregivers than their peers do, according to a long-term study.

This trend is apparent more than a year later among babies who have an older sibling with autism but don’t have the condition themselves.

The researchers recorded the communication between 78 babies and their caregivers one day a month from birth till 2 years of age; 33 of the babies have no familial history of autism. The rest are ‘baby sibs,’ meaning they have an older sibling with autism and are at an increased risk of having it themselves.

“If you’re able to do a longitudinal study, you can start to discriminate between the variability that you see in typical development and the subtle signs that end up being what we call autism,” says lead researcher Gordon Ramsay, director of the Spoken Communication Laboratory at the Marcus Autism Center in Atlanta. “Those early differences really accumulate over time.”

The team sent the families a device called Language Environment Analysis (LENA), which records child and adult vocalizations and speech. The babies wore the device in a pocket in their clothing.

The researchers evaluated the children for autism at ages 2 and 3; they diagnosed 10 with the condition.

They used software to separate caregiver and infant vocalizations and analyze how often the parent prompted a response from the infant — and vice versa.

Overall, baby sibs have less of this type of dialogue than other infants starting at 12 months, the team found. But those who are eventually diagnosed with autism begin to show the difference as early as 4 months, and those who do not have autism diverge from controls at 18 months.

The researchers are validating their findings in more than 200 infants. They also aim to look at other measures of vocalization, such as babbling and the timing of cries.