Signs of anxiety in infancy may foreshadow autism 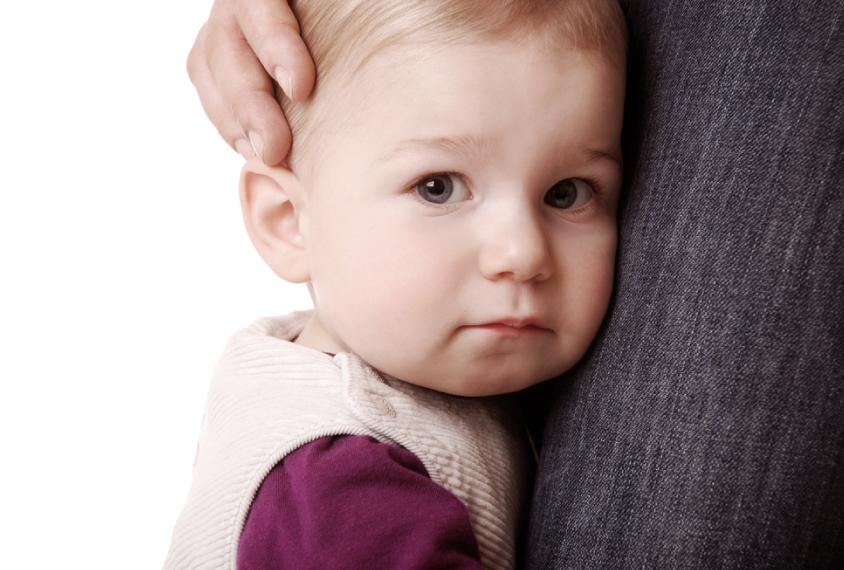 Fearfulness and shyness in babies and toddlers predict features of autism at age 7, according to a new study1. But early problems with impulse control and hyperactivity do not augur autism features.

The findings suggest that autism and anxiety have similar roots in the brain, but autism and attention deficit hyperactivity disorder (ADHD) do not, says lead investigator Tony Charman, chair of clinical child psychology at King’s College London.

“It’s not saying there’s not an association between autism and ADHD, but the developmental origins are just less similar than those for autism and anxiety,” Charman says.

Autism often coincides with anxiety and ADHD: Up to about 80 percent of people with autism also meet the criteria for ADHD or anxiety. And the three conditions tend to run together in families, suggesting they share genetic roots.

Previous studies have explored behavioral predictors of each of these conditions, but few have examined all three simultaneously.

“I think this is a contribution moving us in a direction that we should keep going in, where we’re looking at the way early symptoms interact with each other to predict a variety of outcomes, rather than looking at one little snapshot,” says Meghan Miller, assistant professor of psychiatry and behavioral sciences at the University of California, Davis MIND Institute, who was not involved in the work.

Charman and his colleagues tracked the temperament and behaviors of 104 children from about 7 months to 7 years of age. Roughly half of the children are the younger siblings of autistic children. These so-called ‘baby sibs’ are at heightened risk of autism and other conditions, including ADHD and anxiety. All of the children are enrolled in the British Autism Study of Infant Siblings, a long-term study in the United Kingdom.

The researchers also assessed the 7-year-olds for autism; 15 of 42 baby sibs and none of 37 controls they assessed met autism criteria. (Parents did not always return questionnaires, and some skipped the age 7 assessments.)

Charman and his colleagues similarly found that young children with high activity levels and poor inhibitory control have more ADHD features at age 7 than those who are calm and controlled. But these behaviors do not track with autism traits or diagnosis; they also do not predict anxiety.

Still, the findings may help clinicians distinguish autism from ADHD early on.

“Here we show we can separate these disorders, and it seems like they have separable neurocognitive atypicalities from the first year of life,” says Elizabeth Shephard, who worked on the study as a postdoctoral fellow at King’s College London. She is now a visiting researcher at the University of São Paolo’s Institute of Psychiatry in Brazil.

The researchers found that young children who tend to be fearful and shy have more anxiety and more autism traits at age 7 than do other children.

“This could indicate that anxiety and autism develop from similar routes in infancy,” Shephard says. The results appeared 2 July in the Journal of Child Psychology and Psychiatry.

In line with this idea, the link to anxiety weakened when the researchers controlled for autism traits or diagnosis.

Still, Shephard and others say this result could also point to a possible measurement error: Some of the questions used to assess fear and shyness in infancy may also be picking up autism traits. Conversely, the questionnaire for autism traits may also pick up anxiety2.

“There’s a big challenge in the field right now to measure autism separately from anxiety,” says Mikle South, associate professor of psychology and neuroscience at Brigham Young University in Provo, Utah, who was not involved in the study. “We are lacking adequate neuroimaging and physiological techniques for doing this, and our questionnaires don’t do a good job, either.”

Charman says he and his colleagues are exploring the overlap between autism, anxiety and ADHD in a new cohort of 200 babies, about half of whom are baby sibs. In addition to parent reports, the researchers are collecting more objective data, including heart rate, brain activity and eye-tracking measures.