Siblings of children with autism may process faces their own way 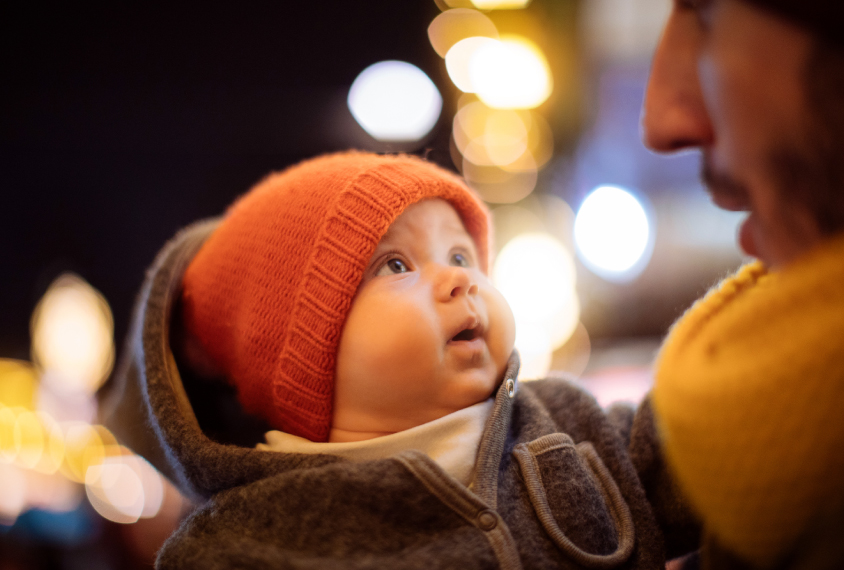 Hard look: Differences in face processing as early as 7 months of age might lead to social difficulties for baby sibs.

Children with autistic older siblings have bigger neural responses than controls do in the brain networks that process faces, according to a new study1.

The researchers followed these children from infancy to age 7, looking for relationships between neural signals and the children’s face-processing abilities that remained consistent during this period of development.

The work is the first to track face processing in so-called ‘baby sibs’ — children who have autistic older siblings. Baby sibs are 20 times as likely to be diagnosed with autism as typical children are, and they often show autism traits early in life. For this reason, researchers frequently study them to get new clues about autism’s underlying biology.

“If you measure both the neurocognitive abilities and the behaviors at multiple time points, maybe you get a better handle on the causal mechanisms,” Charman says. “If you understand the mechanisms, you’ve got at least a basis for talking about mechanistic-based interventions” — targeted therapies that might help ease autism traits.

The team used electroencephalography (EEG) to measure the brain’s responses to faces and objects. One distinctive response, called the P1, occurs about 100 milliseconds after seeing any visual stimulus and is usually larger and faster when looking at a face.

The N170 follows about 70 milliseconds later, mostly in the brain’s right hemisphere. This response is thought to mark the moment when the brain distinguishes a face from an object, or one face from another. In autistic children, the N170 is slower than in typical children2.

The researchers explored these neural markers in 54 baby sibs and 50 controls, all 7 months of age. The babies looked at pictures of faces and other images while the team recorded their EEGs.

In 2012, the team reported that the baby sibs differed from controls in their neural responses as infants, and that at age 3, these differences were associated with an autism diagnosis3.

The team then analyzed 77 of the children at age 7. Of the 42 baby sibs who remained in the study, 15 had been diagnosed with autism.

The children again looked at pictures of faces, bodies, cars and scenes, and indicated which images they remembered from set to set. They also looked at images of both upright and upside-down faces. The researchers measured the children’s brain responses, as well as their accuracy and reaction times. The team also used questionnaires to assess the children’s sensory processing abilities and social behaviors.

At age 7, the baby sibs performed as well as controls on the facial-recognition task but had faster P1 and stronger N170 responses. Baby sibs who responded more slowly to the task, and generated N170 responses outside of the typical location in the right hemisphere, had the most severe social problems.

“This really suggests that children who have the most difficulty with face processing also have the greatest autism traits,” says Elizabeth Shephard, a postdoctoral researcher at the University of Sao Paulo in Brazil who worked on the study.

Due to the small sample size, the team did not analyze differences between baby sibs with and without an autism diagnosis.

The researchers did not find a connection between face-processing abilities in infancy and childhood autism traits. However, infant baby sibs who had a weaker N290 response — an infant precursor to the N170 — when looking at objects have more social problems at age 7. These children may be more efficient at processing objects or may be focusing on objects at the expense of faces as a compensatory strategy at an early age, Shephard says.

The results were published in February in Cortex.

The findings indicate that researchers need to “really think carefully” about which traits are considered to define autism, says James McPartland, associate professor of child psychiatry and psychology at Yale University, who was not involved in the research.

Because baby sibs seem to respond to faces differently than controls do, he says, variations in face processing may not point specifically to autism, but to a broader set of differences.

“Things that we think of as really, really strongly related to autism could be telling us something about the risk” of the condition generally, he says, and whether the traits are common in people who don’t meet the criteria for a diagnosis.

Other experts say it might be helpful to study these markers in a group that includes more children with autism. That might allow for a deeper understanding of what’s different between autistic children and controls and may point to ways to predict the condition in infants.

But the fact that behavioral and neural differences are apparent in baby sibs at age 7 is “scientifically really interesting,” says Charles Nelson, professor of pediatrics and neuroscience at Harvard University, who was not involved in the study. The findings challenge a theory that EEG studies pick up subtle differences in infants’ brains that never translate to behaviors because children develop strategies to compensate as they mature.

The new study suggests that some children, at least, do not make these compensatory changes, which raises questions about challenges they may face in school and other areas of their lives.

The researchers plan to pool their data with two other cohorts to study more than 200 baby sibs, and to probe the trajectories of neural processes related to attention deficit hyperactivity disorder and anxiety, which often co-occur with autism.