Siblings of children with autism have social, emotional problems 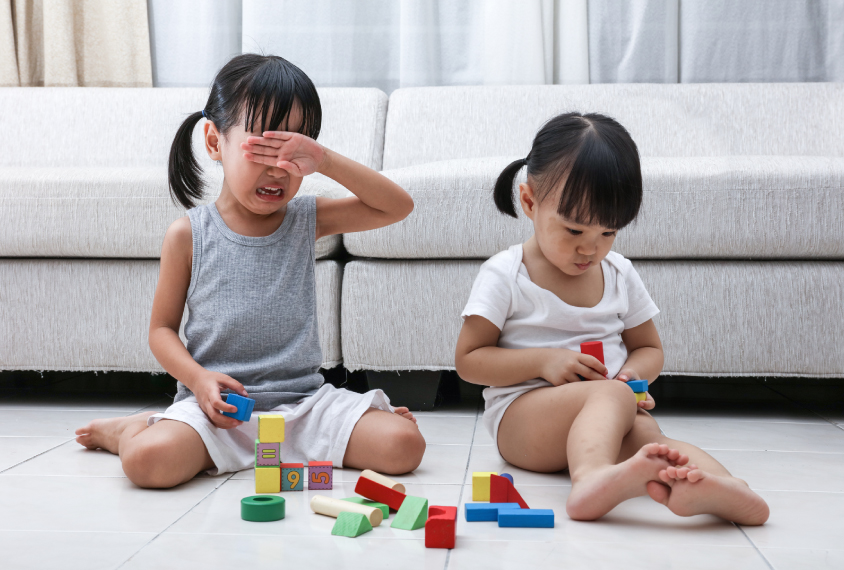 Sibling solution: Siblings of children with autism may benefit from early behavioral therapy.

Even typical siblings of children with autism tend to struggle with anxiety, depression and social difficulties, according to a large new analysis1.

The findings provide the most robust evidence to date that these siblings have problems, too, says lead author Carolyn Shivers, assistant professor of human development at Virginia Polytechnic Institute and State University. “We’ve found evidence now from nearly 70 studies that says there is actually something going on there.”

The findings jibe with the ‘broad autism phenotype’ theory, which posits that family members of autistic children share some traits of the condition.

However, it does not reveal how much of the siblings’ difficulties are dictated by genetics rather than family environment, says William Mandy, senior lecturer in clinical, education and health psychology at University College London, who was not involved in the study.

“We don’t really understand that much about what underpins [this phenomenon],” Mandy says. “Let’s hope [this paper] kicks off research that really tries to get at the mechanisms.” Understanding the biology might shed light on autism’s heritability and perhaps yield valuable clinical strategies to help the siblings, he says.

The researchers analyzed 69 studies that collectively include 6,679 children with an autistic sibling and 21,263 controls; 30 of the studies are unpublished dissertations, theses, abstracts and research posters. Including unpublished work helps to combat publication bias — the fact that journals favor findings that support an association over those that show none, Shivers says. Most of the studies are based on either self-report or parent questionnaires.

All of the studies include siblings who were at least 5 years old, when these behaviors usually become apparent. Most have a control group of sibling pairs without autism. In some of these control pairs, one sibling has another developmental condition or other disability. For the 14 studies without a control group, Shivers’ team compared the siblings with other age-matched control groups from studies of comparable size. The findings were published 3 October in Clinical Child and Family Psychology Review.

However, they are no more likely than controls to have outward behavior problems, such as aggression. And their strategies for coping with adversity are not unusual, either.

The findings suggest that siblings of autistic children are at risk of secondary conditions or traits associated with autism, but not core features of autism, which the researchers did not examine, says Molly Losh, associate professor of communication sciences and disorders at Northwestern University in Evanston, Illinois. Losh was not involved in the study. “They point toward comorbid conditions and features that may aggregate in families, and for which siblings may be at risk,” she says.

The results do not vary according to who completed the questionnaires — parents or the siblings themselves. This is somewhat surprising, Shivers says, because parents of autistic children are likely to be particularly attuned to autism traits in their other children.

“To me, that says this is a real thing going on: It’s not just siblings being overdramatic or parents being too worried,” Shivers says.

The findings overall suggest that siblings of autistic children would benefit from early behavioral treatments.

“Siblings should be screened for internalizing and other psychological symptoms, which can be targeted effectively through evidence-based interventions,” says Paige Siper, assistant professor of psychiatry at the Icahn School of Medicine at Mount Sinai in New York, who was not involved in the study.

Another study, published 3 October in the Journal of Abnormal Child Psychology, covers the other side of the sibling relationship: its effects on the person with autism2. Researchers found that autistic children with typical older siblings have better social skills than do those without siblings. Typical children may act as role models to their younger siblings with autism, the researchers suggest.