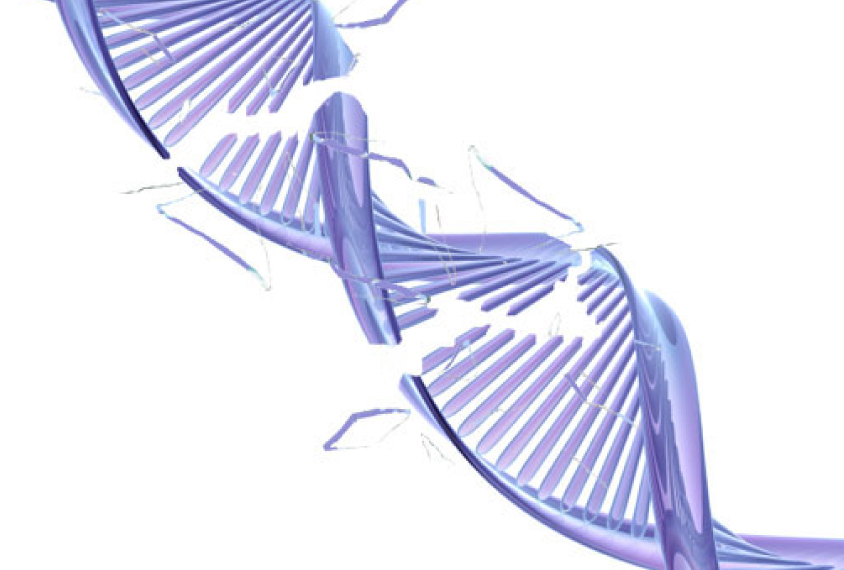 By screening the genomes of hundreds of people with autism and analyzing the effects of newly identified mutations in cultured neurons, researchers have clarified the disorder’s complex link to a gene called SHANK2.

Functional mutations in SHANK2 crop up about twice as often in individuals with autism as in typical controls, according to a study published 9 February in PLoS Genetics1.

The SHANK2 protein buttresses the synapse, or junction between neurons. The new findings add to already robust evidence from genetic studies and animal models that synaptic proteins — notably SHANK3, neurexins and neuroligins — are important in autism, the researchers say.

But a more surprising finding helps to explain why not everyone who has a SHANK2 mutation has autism. The three individuals with autism known to carry SHANK2 deletions also carry rare deletions or duplications — so-called copy number variations, or CNVs — in an autism-linked segment of chromosome 15. This supports the idea that autism arises not from a single genetic glitch, but from multiple hits to the genome.

“I think many people are still thinking about the genome like the old black-and-white movies from the 1950s: The good guy was in white, the bad guy was in black, and everybody knew what was going on,” says lead investigator Thomas Bourgeron, professor of genetics at the University of Paris Diderot.

But studies like this show that a ‘bad’ genetic glitch isn’t necessarily the only bad guy.

“When we find a single mutation in a patient with autism, we can’t say that we’re done,” Bourgeron says. “We still have to work on the whole genome of these patients to understand exactly what’s going on.”

Other research groups have identified spontaneous, or de novo, SHANK2 deletions in two people with autism, as well as in one person with mental retardation and one with speech and developmental delay. Researchershave also found a spattering of SHANK2 single-letter mutations — both de novo and inherited — in people with these conditions.

The new study screened an additional 260 individuals with autism for CNVs and found one individual who carries a de novo SHANK2 deletion. The researchers did not find SHANK2 deletions in more than 5,000 controls.

The range of conditions associated with SHANK2 deletions suggests that other factors are involved in its link to autism, says Bourgeron.

Other genes, for instance, seem to play a role. Bourgeron’s team found that all three of the individuals with autism who carry de novo SHANK2 deletions also have rare CNVs in 15q11-13, a chromosomal region long associated with autism.

All of the 15q CNVs were inherited, whereas the SHANK2 deletions were spontaneous. “For these patients, it’s like the genome cannot cope with that extra de novo event,” Bourgeron says.

One individual is missing one copy of CYFIP1, a gene located in 15q11-13. It codes for a protein that binds FMRP, the protein missing in fragile X syndrome. The other two carry an extra copy of CHRNA7, a gene in the same region that encodes a receptor of the acetylcholine neurotransmitter, and has been tied to developmental delay.

“It may be like nitro and glycerin. Alone they’re okay, but if you mix the two you have to be very careful,” he says.

Other experts point out, however, that many controls also carry 15q CNVs, including those affecting CYFIP1 and CHRNA7. So this particular combination in participants with autism “could just be a coincidence,” says Gudrun Rappold, head of human molecular genetics at the University of Heidelberg, who led the first study tying SHANK2 to people with autism2.

Still, Rappold agrees that the multi-hit idea has a lot of evidence behind it. “Autism is a complex disorder, and complex disorders are usually made up of not just one or two or five genes, but a number of genes,” she says.

Bourgeron’s team also looked for single-letter mutations in SHANK2 by sequencing the exons, or protein-coding parts, of the gene in 455 people with autism and 431 controls. When combined with data from Rappold’s earlier study, the researchers report that in evolutionarily conserved regions of the gene — which are most likely to have functional effects — these mutations show up in 3.4 percent of individuals with autism and 1.5 percent of controls.

Some SHANK2 single-letter mutations appear only in people with autism, some only in controls and some in both groups. The researchers tested what these variants actually do to cells by genetically engineering cultured neurons from rat hippocampus, a brain region important for learning and memory.

They found that mutations that occur in people with autism cause a significant decrease in the density of synapses. In contrast, the mutations carried only by controls have no effect on rat synapses.

These results are similar to those found by Rappold’s group. Last month, she reported that a few SHANK2 mutations cause an array of synaptic defects, including lower synaptic densities and smaller synapses, in cultured mouse neurons.

It’s rare to have a study that includes both a large genetic screen and in vitro findings, notes Jacques Michaud, professor of pediatrics at the University of Montreal. “They were very systematic and that’s quite impressive.” Last year, Michaud’s team reported an overrepresentation of mutations in synaptic genes in 95 people with intellectual disability.

Still, it will take an order of magnitude more participants to sort out how these synaptic genes contribute to autism, he says.

“We’ve realized over the last few years that, for most cases of autism, you’re going to have many rare variants that aren’t very penetrant,” Michaud says. “To find these, and to deal with their interactions, you need to have very large numbers.”

Bourgeron intends to further investigate the molecular and behavioral consequences of the gene by studying mutant mice lacking SHANK2. These animals, which his collaborators debuted in November at the Society for Neuroscience annual meeting in Washington, D.C., show social deficits and hyperactivity.

Another approach for the future might be to insert two glitches — in SHANK2 and CYFIP1, for example — into the same animal and observe the effects on brain and behavior, he says.

“There are so many combinations that might be important,” Bourgeron says. “We still have a lot of work to do at the genetic level.”