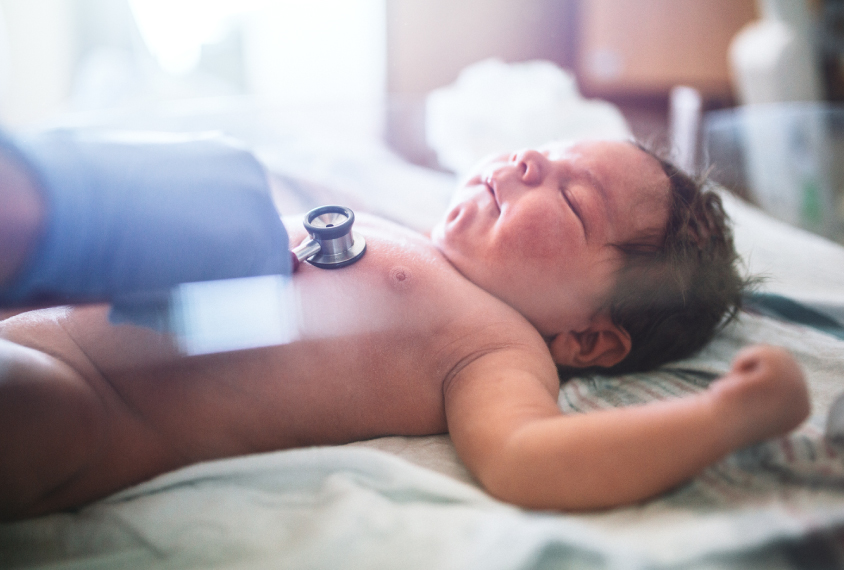 Heart start: Infants born with a serious heart problem may be at increased risk for a brain condition.

Autism is more commonly diagnosed among children who have undergone open heart surgery than it is in the general population, according to unpublished results presented yesterday at the 2019 International Society for Autism Research annual meeting in Montreal.

Some of this increase stems from the fact that these children were followed closely in the first years of their life, says lead researcher Sonia Monteiro, assistant professor of pediatrics at Baylor College of Medicine, in Houston, Texas.

But the finding could also indicate a link between the heart and brain development, she says. Up to half of children with congenital heart disease have signs of a brain condition, which may result from a lack of blood flow to the brain1.

The study includes 423 children who underwent open heart surgery at the Texas Children’s Hospital between 2013 and 2016. Most of the children had the surgery between 3 and 6 months of age. Clinicians followed up with the children every six months starting at 6 months of age and up to about 3 years.

Of the 423 children in the study, 26 children, or 6 percent, have autism; the estimated autism prevalence in the United Stated is roughly 1.7 percent.

The prevalence of autism in these children did not vary based on their race or the severity of their heart condition. The researchers found 22 boys with autism for every 4 girls; this ratio of 5.5 to 1. is slightly higher than the 4-to-1 ratio usually reported for autism.

The average age of diagnosis for the children in the study is 2.5 years, whereas the national average is 4. The findings show that careful monitoring may enable clinicians to flag autism early, says Monteiro.

Most of the children with heart disease and autism do not have a known genetic cause for their heart condition. However, children who have congenital heart disease and signs of a neurological condition have more mutations in autism genes than would be expected by chance, suggesting that the overlap has a genetic basis.

This article has been modified from the original. A previous version suggested that congenital heart disease leads to a lack of blood flow to the brain only after birth.