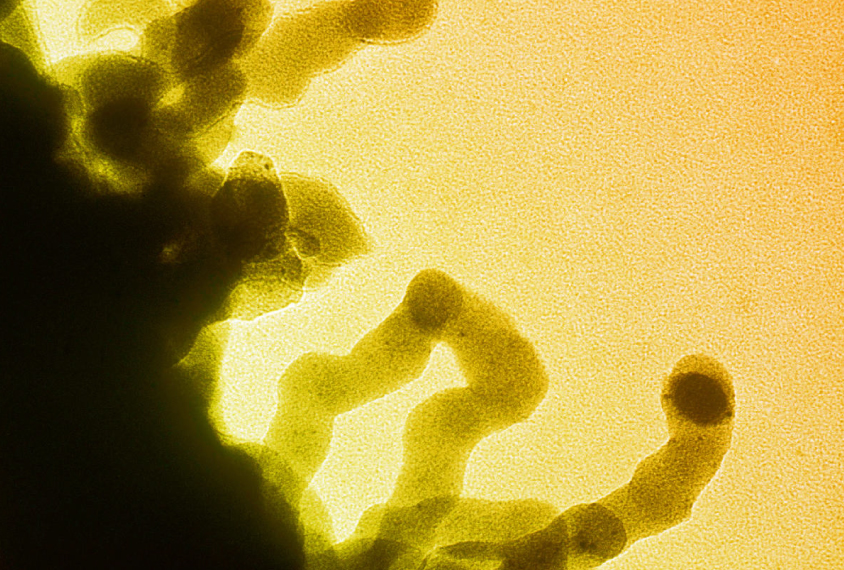 A new candidate gene for autism, CHD8,may account for up to 0.4 percent of cases of the disorder, according to research published today in Science1. CHD8 is one of six genes identified that together may contribute to one percent of autism cases.

CHD8 is involved in the remodeling of chromatin, the complex of DNA and protein that makes up chromosomes. Researchers found spontaneous, or de novo, mutations in CHD8 in 9 people with autism but not in 762 controls. Eight of the nine mutations disrupt the protein’s function.

“I am excited because we think it will be a highly penetrant gene,” says lead investigator Evan Eichler, professor of genome sciences at the University of Washington in Seattle. “It was a totally unknown gene before 2012.”

Researchers first identified CHD8 as a possible autism risk gene in a study published in April2. That study analyzed the exomes  — the protein-coding regions of the genome — of members of about 200 families that have one child with autism and unaffected parents and siblings. (The families are part of the Simons Simplex Collection, funded by SFARI.org’s parent organization.)

In the new study, researchers analyzed the sequences of 44 candidate genes identified in the April study in more than 2,400 people with the disorder. They pinpointed CHD8 and five other genes — DYRK1A, GRIN2B, TBR1, PTEN and TBL1XR1— as being disrupted significantly more often in people with autism than in controls.

“This is a nice follow-up of previous work, providing more statistical support for these genes,” says Daniel Geschwind, professor of psychiatry and neurology at the University of California, Los Angeles, who was not involved in the study.

Overall, the researchers identified 27 de novo mutations in 16 genes. They predict that about 60 percent of the mutations are disruptive.

“The work represents a clear way forward for genetics in the field,” says Matthew State, co-director of the Program on Neurogenetics at Yale University. State was not involved in the current study, but has collaborated with Eichler on previous exome studies.

The findings also highlight the need for large sample sizes, says State. Researchers can identify potential risk genes in exome sequencing studies, but they might need to sequence those genes in thousands of people to confirm that the mutation is linked to autism. (Some mutations may be harmless or have an effect unrelated to autism.)

Eichler and his colleagues used molecular inversion probes, which are designed to pick out and amplify genes of interest, to quickly and cheaply sequence the genes. Sequencing 44 genes in 2,300 people took two people just 1.5 months to complete and cost an order of magnitude less than other methods, says Eichler.

“If we can redo this experiment three to four times, we will have a whole gaggle of genes that are highly penetrant and relevant to the biology of autism,” says Eichler. “I predict that we will have dozens of previously unknown genes within the next year for neuroscientists and mouse modelers and electrophysiologists to work on.”

The approach might also prove relevant for clinical use, say others.

“There is potential diagnostic value in a highly efficient way to screen a large number of genes that’s rapid enough and inexpensive enough to be used clinically,” says David Ledbetter, chief scientific officer at Geisinger Health System, who was not involved in the study.

The researchers chose the 44 genes based on whether they have previously been linked to syndromic forms of autism, whether they are part of copy number variants — deletions or duplications of chunks of DNA — linked to autism, and whether the mutations in the genes disrupt protein function.

About half the genes in the list, and 16 of the 17 severe mutations identified, are in a pathway Eichler’s team identified in his May study. The pathway involves CHD8 and beta-catenin, a gene important in the production of brain cells. “I think it provides strong validation that the network is relevant to autism,” says Eichler.

However, the study suggests that exome sequencing can miss some important mutations.

The researchers sequenced the 44 candidate genes in about 100 people whose exomes had previously been sequenced. They found six mutations that the exome sequencing had not flagged. “Exomes are great for discovery, but we are clearly missing things,” says Eichler.