Sensory overload in autism may stem from hypervigilant brain 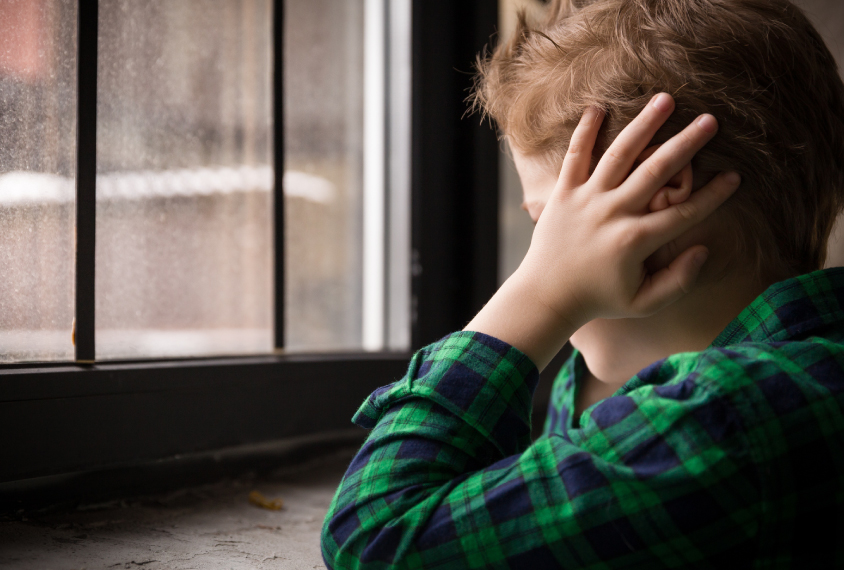 Tuned in: Autistic people may have unusually strong responses to background noise.

The brains of some autistic children do not adapt to repeated touch or sound, even after several minutes, according to a new study1.

In most people, sensory stimuli such as noises or unusual textures trigger activity in brain regions that process sensory information. If the stimuli persist, however, the brain tamps down its response. This process, called habituation, enables people to tune out unimportant sensations — such as the sound of an air conditioner or the feeling of a wool sweater on bare skin — so that they can pay attention to new information.

The new study found that some autistic children don’t show habituation — and this may explain why these children show unusual responses to sensations, such as covering their ears in noisy environments or refusing to wear clothes with itchy tags, says lead investigator Shulamite Green, assistant clinical professor of psychiatry and biobehavioral sciences at the University of California, Los Angeles.

“It’s like your brain is continuing to try to make sense out of these stimuli,” Green says. “It’s putting a lot of effort into this, and it’s very overwhelming and very exhausting.”

The findings suggest that these autistic children would not benefit from ‘exposure therapy,’ in which a therapist gradually exposes a person to increasing levels of a troublesome stimulus.

“We’re going to need to find another way to treat them that doesn’t involve exposure,” says Johnna Swartz, assistant professor of human ecology at the University of California, Davis, who was not involved in the study.

Green and her colleagues studied brain responses to sensory stimuli in 42 children with autism and 27 typical children, ages 8 to 18 years, who have average or above-average intelligence.

The children’s parents filled out two questionnaires that assessed their child’s sensory responsiveness. Children in the control group are less sensitive, on average, than those in the autism group, the questionnaires showed.

The researchers split the autistic children into two groups based on their scores: those who score as highly responsive to touch and sound and those who are less so. They then scanned each child’s brain while the child experienced a series of stimuli, each lasting 15 seconds: white noise, a scratchy sponge rubbed along the left arm, and then both at once. The sequence looped six times.

The team monitored brain activity in regions that process sound and touch, and in the amygdala, which filters sensory information.

Green’s team then exposed the children to two more rounds of stimuli — this time, using white noise of a different frequency than before and a sponge with a different texture.

Typical children showed a slight increase in brain activity during the first round but not the second, indicating that they recognized the stimuli as new but tuned them out because the stimuli were so similar to the previous ones.

To make sense of these patterns of responses, the researchers analyzed changes in synchronized activity in two brain regions: the amygdala and the orbitofrontal cortex (OFC), which regulates the amygdala. They focused on activity during the six rounds of the original stimuli.

Typical children show no changes from the first three to the last three rounds. By contrast, in the hyperresponsive autistic children, when one of the regions activates during the first three rounds, the other deactivates or vice versa. This could be a sign that the OFC is attempting to shut down the amygdala to help the brain habituate to the stimuli, Green says. The imbalance disappears by the last three rounds of exposure, which might explain why these children do not show habituation.

The analysis only detects changes in synchronous activity — not the mechanisms by which these changes occur, Swartz cautions. The OFC shutting down the amygdala “is one possibility,” she says, “but the methods we currently have aren’t that great at getting at that level of detail.”

In the other autistic children, both regions increase their activity at first and then show opposing responses — perhaps as a way of avoiding sensory overload, Green says. This pattern also suggests that autistic children who are not hyperresponsive to sensory stimuli still process the stimuli differently than controls do.

“It may still be tiring for their brains to deal with the sensory stimuli, even though they may not be showing those classic sensory over-responsivity behaviors,” Green says. The findings appeared in June in the American Journal of Psychiatry.

Researchers studying this phenomenon should measure and account for the participants’ anxiety, because people who are anxious have difficulties with habituation to various stimuli, says Natalia Kleinhans, associate professor of radiology at the University of Washington, Seattle, who was not involved in the study.

Green says her team has unpublished work showing that the findings hold even when the researchers control for anxiety. They are exploring how habituation varies with age in a larger group of children.