Self-injury persists for years in boys with fragile X syndrome 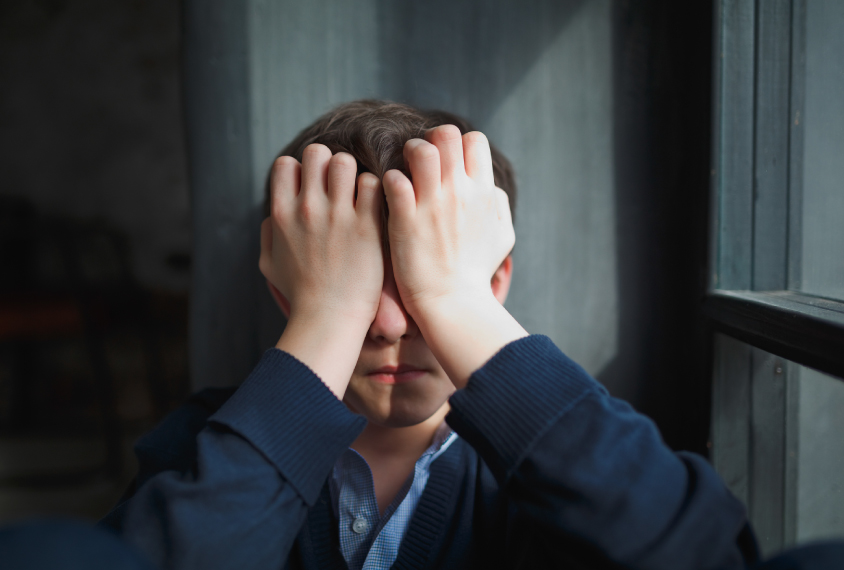 About half of boys and men with fragile X syndrome injure themselves by biting their hands or by other means — and many continue to do so for several years, a new study suggests1. They also persist in being aggressive toward others.

Self-injury and aggression are uncommon among girls and women with the condition2.

The findings suggest that these behaviors become engrained by late adolescence. They come from the first long-term study of self-injury in people with fragile X syndrome. The syndrome is closely linked to autism and is the most common cause of intellectual disability. Self-injury and aggression are also known to be common among autistic people.

The study also found patterns among boys with fragile X syndrome: Those who have severe repetitive behaviors tend to harm themselves, and those who struggle with impulse control are prone to aggression toward others.

With this information, clinicians can intervene to help those with the highest risk of these behaviors, says lead researcher Hayley Crawford, assistant professor of neurodevelopmental disorders at Coventry University in the United Kingdom. For example, clinicians might prescribe medicines that ease impulsivity, such as methylphenidate, to curtail aggression.

The findings go against the common perception among clinicians that the behaviors resolve with age.

“They’re not going to grow out of it,” says Matthew Siegel, director of the Developmental Disorders Inpatient Research Collaborative at Spring Harbor Hospital in Westbrook, Maine, who was not involved in the research. “There is absolute persistence, which is really concerning and disheartening but also means we better focus our resources and attention on this.”

Crawford and her colleagues studied 79 boys and men with fragile X syndrome, aged 6 to 54 years. In 2003 or 2004, the participants’ caregivers filled out questionnaires that assess self-injury, aggression, impulsivity and core autism traits, such as social difficulties and repetitive behaviors. The caregivers completed these questionnaires twice more: three years after the initial assessment, and again about five years after that.

At each time point, 39 of the participants harmed themselves, and between 25 and 32 were aggressive toward others, depending on the time of assessment. Most of those who engaged in either behavior at the outset continued to do so eight years later. The results appeared in April in the Journal of Autism and Developmental Disorders.

The findings are broadly consistent with research showing that hand-biting is common among people with fragile X syndrome, says Randi Hagerman, medical director at the University of California, Davis MIND Institute.

“It’s part of the phenotype,” she says. “It’s much less common to see other self-injury, like head-banging or really severe self-injury.”

Yet some researchers are surprised by the extent to which these behaviors persist in people with the syndrome.

“It suggests that whatever is happening in the community as far as treatment is concerned is not having the effect we would hope,” says Jason Wolff, assistant professor of educational psychology at the University of Minnesota in Minneapolis, who was not involved in the research.

They show that self-injury is tied only to the severity of repetitive behaviors in people with fragile X. This is in contrast to what is seen in autistic people: In that group, intense sensitivity to sights or sounds, impulsivity and poor social skills are associated with self-injury.