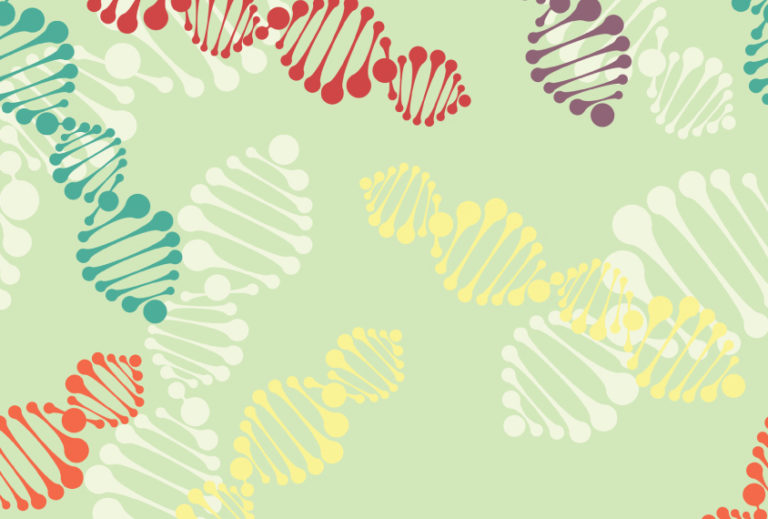 Double jeopardy: Modifier genes may enhance or diminish the effects of a mutation linked to autism.

The findings discussed in the article below were published 7 September 2018 in Genetics in Medicine1. The article originally appeared on Spectrum 19 October 2017, based on data presented at the 2017 American Society of Human Genetics Annual Meeting in Orlando, Florida.

People who have a mutation linked to autism plus a second genetic glitch tend to have more severe symptoms than do those with the autism mutation alone.

The findings may help explain why some mutations tied to autism have variable effects and can sometimes turn up in controls. They were presented yesterday at the 2017 American Society of Human Genetics Annual Meeting in Orlando, Florida.

“It’s clear there are other effects playing a role in this differential manifestation,” says Lucilla Pizzo, a graduate student in Santhosh Girirajan’s lab at Pennsylvania State University who presented the findings.

For decades, researchers have suspected that the effects of a mutation linked to autism depend on other genes, or modifiers. In some cases, the effects may be more severe in the presence of a ‘second genetic hit.’ A 2012 analysis added heft to this idea: It found that some copy number variations (CNVs), which are large deletions or duplications of DNA, have more potent effects in combination with a second CNV.

In the new study, the researchers looked for second hits among CNVs, and also among mutations that affect a single DNA base. They analyzed genetic sequences from more than 900 people who carry mutations in genes or regions tied to autism, based on studies showing the mutations cropping up in multiple people with autism. They limited their hunt for second hits to genes that are rarely mutated in the general population, because alterations in these genes are presumed to be harmful.

The researchers first focused specifically on 16p12.1; they analyzed data from 141 children and 39 of their parents who lack a copy of this region. Most of the children have intellectual disability, speech delay and developmental delay. About half of the parents have a history of depression or learning difficulties while in school, and around a quarter have attention deficits or seizures, but are otherwise unaffected.

Children with a missing copy of 16p12.1 are more likely to have one or more second additional hits than their parents are, the researchers found. And the children with the secondary mutations often have parents and sometimes other relatives with a history of alcohol abuse, depression or difficulty in school.

Children with second hits also have poorer intelligence scores than those without. The researchers saw a similar trend when they looked at people with a deletion of a different chromosomal region, 16p11.2, or in people with single-letter mutations in genes linked to autism.

The findings suggest that researchers should keep looking for mutations in people with autism even after finding one likely candidate, Pizzo says.