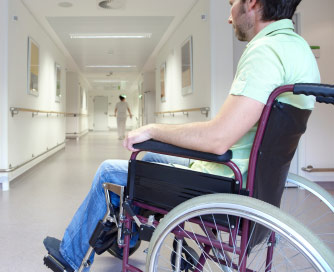 Long road: The symptoms associated with some autism-related disorders, such as Phelan-McDermid syndrome, change dramatically as the individuals age.

Long road: The symptoms associated with some autism-related disorders, such as Phelan-McDermid syndrome, change dramatically as the individuals age.

BobbieRae Straub is 35 years old. When she meets someone new, her eyebrows move wildly up and down. She knows only a few words, and frequently shakes her wrists and flicks her tongue through her lips. Her condition had been fairly stable since she was a toddler, according to her mother and caretaker, Deborah. Then last year, things changed dramatically.

BobbieRae had a few grand mal seizures — defined by muscle spasms and a loss of consciousness — despite having been on the same epilepsy medication for decades without incident. She also showed wide swings in energy: Some days she slept most of the time, others she was too hyper to take to the store.

Most traumatic for Deborah, BobbieRae started having trouble swallowing. One morning her mother rushed her to the hospital after discovering fluid in her lungs. She had pneumonia. “She almost died, and she’d never really been sick before,” Deborah says.

Deborah first learned the genetic cause of her daughter’s problems two years ago, when geneticists near their home in Grand Rapids, Michigan, screened BobbieRae’s DNA and found a deletion at the end of chromosome 22. This genomic segment includes SHANK3, a well-known candidate gene for autism.

On the Internet, Deborah found a name for her daughter’s genetic glitch — Phelan-McDermid syndrome — and a large family-support group, the Phelan-McDermid Syndrome Foundation. Earlier this week, she brought BobbieRae to the group’s annual conference in Orlando, Florida, in hopes of learning more about the science underlying this rare disorder.

At the conference, several researchers discussed an April paper that described the physical symptoms and behaviors of adults with Phelan-McDermid and five related syndromes1.

Although these syndromes have been thought to begin in childhood, the paper mentions 26 people — including 3 with Phelan McDermid — who, like BobbieRae, all underwent severe regression as adults.

Phelan-McDermid syndrome was first described in the early 1990s. Most individuals have mental retardation, delayed or absent speech, and autism. Thanks to rapid advances in genetic screening, diagnoses of Phelan-McDermid are on the rise — mostly in children.

New diagnoses in adults like BobbieRae, who until recently have received little attention, are allowing scientists to better understand the long-term course of the disorder.

In 2007, Betancur and colleagues were the first to find SHANK3 deletions or mutations in individuals with autism2. Their landmark study included two brothers, each with a SHANK3 mutation, severely impaired speech, mental retardation and autism.

At the meeting, Betancur recounted the tragic end to the brothers’ story. The older brother died at 20 after a regression of skills, before the study was published. He began having seizures, lost control of his sphincter muscle and had trouble swallowing.

“He used to do puzzles but stopped doing puzzles. He used to use his hands, he stopped using his hands,” Betancur says. He died from aspirating after a seizure. His younger brother went through a similar regression, also with seizures, and died from an aspiration episode a few months ago.

At first, “we thought maybe it was something specific that happened to these brothers,” Betancur says. “Now we’re seeing these other papers getting published in the literature, and we’re learning that it is part of the phenotype.”

The regression doesn’t happen to everyone with the syndrome, notes Katy Phelan, associate professor of pediatrics at Tulane University, in New Orleans, who was one of the first researchers to study the syndrome. She says she knows of several individuals in their 60s “who just keep on carrying on.”

Still, it happens enough to concern researchers. The April study included three adults with Phelan-McDermid who regressed after age 35. At the conference, Maria Clara Bonaglia of the Eugenio Medea Scientific Institute in Bosisio Parini, Italy, described an additional six adults, aged 28 to 43, with the syndrome. (She described three of these in a study published last year3.) All six individuals showed a decline in physical and cognitive function after age 30, she says.

Three of the six showed tremors in their extremities, and three had seizures. Three, like BobbieRae, had unusual energy levels, with alternating periods of excitement and apathy. They also had a spattering of other physical problems, such as type 2 diabetes, scoliosis and renal disease.

The marked changes with age show the importance of following individuals with the same genotype, or genetic variation, rather than classifying them only by clinical features, notes Joseph Buxbaum, professor of psychiatry at the Mount Sinai School of Medicine in New York City.

“That’s the value of having a diagnosis based entirely on a molecular perspective,” Buxbaum says. “If you ascertain a bunch of individuals with a SHANK3 mutation, and follow them longitudinally, you get a picture of what [clinical features] are associated with the genotype, and how they change over time.”

It also underscores the need for the Phelan-McDermid Syndrome Foundation’s patient registry, which it launched last year. The database includes a wide range of clinical information gleaned from parent surveys, as well as blood samples.

“Most of you have done the registry already,” Audrey Thurm, staff scientist at the National Institute of Mental Health, said to the parents in the audience. But for some individuals, she says, changes over their lifespan turn out to be more informative than those in childhood. “I strongly encourage you to do it again and again over time.”