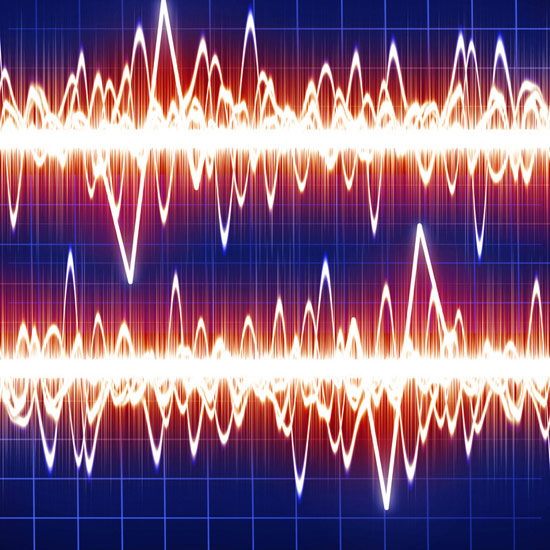 The features of autism are often subtle and difficult to define. But roughly one-third of individuals with the disorder have one symptom that’s almost impossible to miss: seizures.

Estimates of the number of individuals with autism who also have epilepsy — defined as more than one unprovoked seizure — range from 5 to 46 percent1. Even the lowest estimates are much higher than the one percent prevalence of epilepsy in the general population.

In the past few years, large studies on the epidemiology and genetics of epilepsy and autism have uncovered commonalities between the two disorders. But scientists are only beginning to untangle the biological roots of the overlap.

“The fact that children with autism are more likely to have epilepsy has been extremely well accepted for over a decade,” notes Shafali Spurling Jeste, assistant professor of psychiatry and neurology at the University of California, Los Angeles. Jeste published a review of this literature in the April issue of Current Opinion in Neurology2. “Where people have taken a greater interest lately is understanding the mechanism, asking, ‘Can we use the epilepsy to help us understand autism?'” she says.

Seizures are caused by storms of unchecked electrical activity in the brain. Researchers detect them with electroencephalography (EEG), a non-invasive test in which electrodes on the scalp measure wave patterns among large groups of neurons. During a seizure, EEG charts show an abnormal rhythmic pattern of spikes and waves over many seconds.

Still, seizures can be tricky to diagnose. They often lead to physical convulsions or blackouts, but sometimes cause only mild symptoms, or none at all.

When autism and epilepsy come together, diagnosis is even more complicated. Some signs of seizure — blank stares, inattention and motor tics — are also common symptoms of autism. What’s more, some people with autism who develop epilepsy have their first seizures in childhood, whereas others don’t have any until late adolescence or adulthood.

Researchers have been probing the overlap between autism and epilepsy since Leo Kanner’s 1943 description of autism.

Some researchers say children who have both disorders are significantly different from those who have autism alone. Among children with autism, for instance, boys outnumber girls four to one, but in the subgroup of those with both autism and epilepsy, the male bias drops to two to one.

Similarly, about one-quarter of children with epilepsy have intellectual disability. The cognitive impairments could be the result of seizures that derail brain development, experts say.

“During development, the brain is trying to set up all these connections,” notes Ann Berg, research professor of biology at Northern Illinois University. “You’ve got these little neurons trying to sing to each other and then this crashing cacophony comes down over them.”

In March, Berg published a long-term study of about 550 individuals between birth and age 16 who had epilepsy4. Five percent of the entire group developed autism, but the proportion doubled among those whose first seizure came before age 2.

However, it’s extremely difficult to sort out whether the seizures cause autism, or whether both stem from the same early genetic or developmental glitch in the brain.

Just because autism is often diagnosed later than epilepsy doesn’t mean that it began later. Infant siblings of children with autism can show subtle signs as early as 6 months old. Also, some individuals are diagnosed with autism in childhood but don’t have any seizures until adolescence or even adulthood.

Although seizures can wreak havoc in the brain, potentially leading to cognitive decline or autism, genetic evidence suggests a different explanation: that the same initial mutation causes epilepsy and autism to develop in parallel.

A growing number of candidate genes are implicated in both autism and in epilepsy, and many of them are involved in shoring up synapses, the connections between neurons. This has led some scientists to propose that defects in synapses could cause a brain-wide imbalance in excitatory and inhibitory signals, which in turn could lead to autism, epilepsy or both.

For example, a study published 25 March in Human Molecular Genetics fingered SYN1, a gene on the X chromosome that is involved in forming new synapses. Screening a French-Canadian sample, the researchers found SYN1 mutations in 2 of 191 individuals with autism and 3 of 85 individuals with epilepsy5.

Mouse models of these rare disorders have revealed several clues to the seizure connection. In a study published 13 April in the Journal of Neuroscience, researchers reported that FMRP, the protein missing in fragile X syndrome, controls the production of a potassium channel called Kv4.2 in neurons6. This protein helps regulate electrical messages in the brain, and disrupting its function could cause seizures, the researchers suggest.

Similarly suggestive links surround the CNTNAP2 gene, which produces a protein that helps neurons stick together and has been fingered in several autism studies. Researchers studying Old Order Amish communities have identified mutations in CNTNAP2 that are associated with intractable epilepsy, schizophrenia and mental retardation7.

Bolstering the connectivity hypothesis, EEG studies of children with autism show that up to 85 percent8 have abnormal brain-wave patterns, even if they don’t have overt seizures.

These studies can reveal hints of the biological roots of autism and epilepsy, and also help clinicians explore new ways of diagnosing and treating both conditions. “There’s been a lot of interest in using EEG as a biomarker that may tell us a little bit about what is going on in the brain,” Tuchman says.

Last year, researchers reported that early treatment with anti-seizure medications — such as drugs that act on gamma-aminobutyric acid receptors, which dampen brain signaling — improves the long-term behavioral and cognitive symptoms of children with tuberous sclerosis9. In a small trial, another group found that a drug containing valproate — an anticonvulsant with a largely unknown mechanism — alleviates irritability in children with autism10.

Some neurologists are going one step further, using these drugs on children with autism who don’t have seizures, but have abnormal EEGs.

“Anecdotally, people attest that if you suppress spikes, it can help other areas of development and behavior,” Jeste says. “It still has to be studied in systematic way before we start doing it, but in the next few years, there will be clinical trials of these medications in autism.”