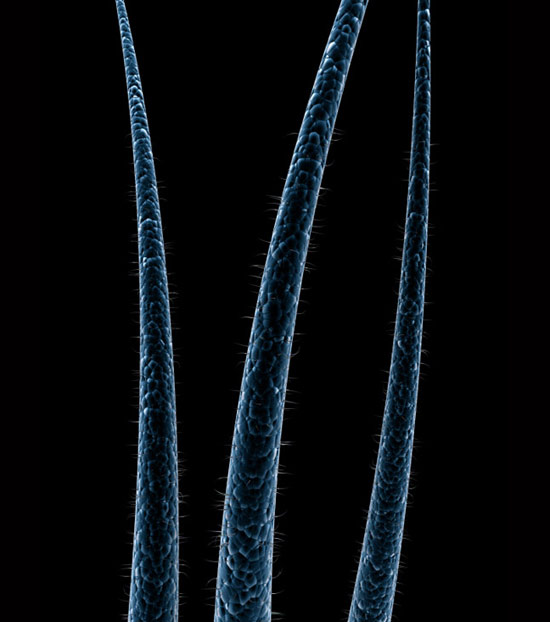 Plucking a hair out by the root and reprogramming it to become any type of cell in the body sounds like science fiction. But the technology is on its way to becoming fact, according to researchers who presented preliminary finds at the First International Phelan-McDermid Symposium, held last week in New York City.

Tobias Boeckers, director of the Institute of Anatomy and Cell Biology at the University of Ulm in Germany, said at the meeting that he has been able to transform hair cells from taken from a person into neurons specific to that person.

His goal is to understand how human neurons, and the junctions between them, form, a process that is believed to go awry in Phelan-McDermid and other genetic syndromes associated with autism.

Phelan-McDermid syndrome is caused by a deletion in chromosome 22q13, and is marked by muscle weakness, intellectual disability, seizures and some degree of autism. The meeting was the first time researchers working on the syndrome could meet and present their cutting-edge research.

In his talk, Boeckers showed that his team has successfully reprogrammed keratinoctyes — a common type of skin cell that sheathes hair roots — into stem cells capable of becoming any type of cell in the body.

The team then transformed these induced pluripotent stem (iPS) cells into functional neurons that can make contact with myocytes — muscle cells derived from mice. “Seeing that working and that they like each other,” he told the audience, “I was stunned.”

There was a buzz in the room when Boeckers discussed his findings and, after his presentation, some scientists quizzed him about his unorthodox decision to use hair samples, rather than skin biopsies, as his cell source.

Several other groups are making iPS cells from skin cells to model diseases and screen drugs.

For instance, SFARI investigator Ricardo Dolmetsch is using iPS cells to study genetic and biochemical pathways that may underlie autism.

For one thing, plucking a hair out by the root is less stressful for patients than punching out a piece of skin, he says. “You can even ask patients to do that at home, and send them in a little tube,” he says. “After two days of transport they are still growing.”

Second, keratinocytes seem to be a more fertile source of iPS cells. “With fibroblasts you get one colony, whereas with keratinocytes you get 50 colonies,” he says.

The goal of the study is to make a cell bank of Phelan-McDermid patients in Germany, adds Stefan Liebau, a postdoctoral fellow in Boeckers’ laboratory. The team has created iPS cell lines from eight patients and is characterizing the cells.

The next step is to look at protein expression in those cells and determine how it differs from that of cells taken from healthy controls.

Researchers who use fibroblasts to create iPS cells are skeptical of the approach. Pulling out a clump of hair by the root is no less painful than undergoing a skin biopsy, notes Dolmetsch, associate professor of neurobiology at Stanford University.

Dolmetsch says his team tried keratinocytes first, but settled on fibroblasts because they are easier to reprogram. The vast majority of established iPS protocols in the literature also use skin cells.

Still, says Boeckers, “I’m not seeing any disadvantages at the moment. If we do, we’ll switch back.”

Virginia Hughes contributed to the reporting of this article.