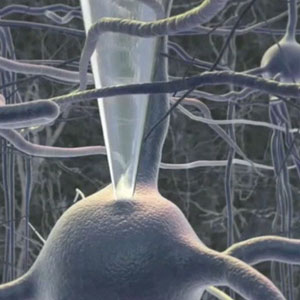 Researchers have launched a $4.3 million five-year collaborative effort to profile thousands of types of neurons in the brain, detailing their shape, signaling patterns and gene expression. The project was presented in a poster session Tuesday at the 2012 Society for Neuroscience annual meeting in New Orleans.

“This will allow us to connect the dots of neuroscience,” says Edward Boyden, associate professor of bioengineering at the Massachusetts Institute of Technology. “Combining the molecular and the real-time scale is a big cat right now.”

The project is possible because it makes use of a robotic tool that the researchers introduced in May to scale up a painstaking technique. This technique, called patch clamping, is “one of the most accurate and high-precision methods used in all of neuroscience,” says Boyden. “It’s very difficult to do.”

In addition to reading neuronal signals, the new technique allows researchers to inject a fluorescent molecule to reveal the cell’s shape. And it can extract the cell’s contents, enabling researchers to chart gene expression.

Scientists typically focus on only one of these features at a time, says Craig Forest, assistant professor of engineering at the Georgia Institute of Technology. Based on shape alone, the researchers have identified hundreds of types of neurons in the brain, but there may be thousands in all, he says

The researchers aim to record the activity of hundreds of different combinations of neurons. The goal is to capture signals from two neurons that are actively communicating with each other across distant brain regions. “This is the holy grail of neuroscience,” says Forest. “It has never been done before.”

The researchers have also developed a method in which they study mice running on a ball. This will allow them to identify neural signatures that characterize behavior.

The robot is available for purchase, but the researchers have also made the plans and software freely available so that people can build their own.