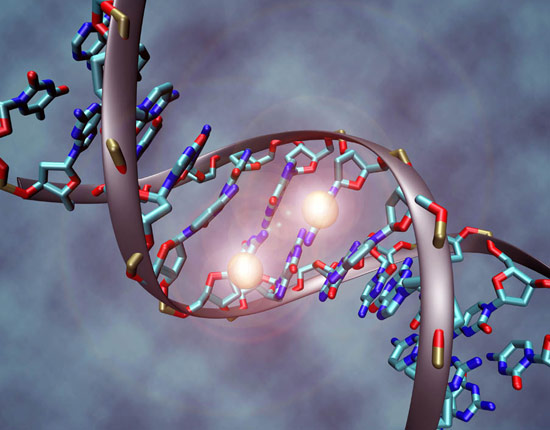 Scientists have unveiled the first comprehensive maps of the human epigenome, the set of chemical changes that affect gene expression without altering the underlying DNA code.

The high-resolution maps, the latest published in February in Genome Research1, highlight areas of the genome that are most susceptible to DNA methylation, the addition of methyl groups to DNA bases. These kind of epigenetic tags — which can be influenced by environmental factors such as diet, stress and toxins — play a key role in regulation of gene expression. Methylation effectively turns off gene expression and removal of methyl groups turns on the gene2,3.

“It’s like a choreographed dance — things turn on, things turn off, things get quiet, things get active,” says lead author Jeanne Loring, professor and director at the Center for Regenerative Medicine at Scripps Research Institute in La Jolla, California.

Pinpointing epigenetic differences between healthy and diseased cells at progressive stages of development could reveal the roots of many conditions, including autism, researchers say.

“Now we have the technology to ask whether it’s true that a patient who has a certain disease has a certain epigenetic change,” says Dirk Schübeler, senior group leader at the Friedrich-Miescher-Institute for Biomedical Research in Switzerland, who was not involved in the mapping projects.

Several studies have linked epigenetic changes to autism. For example, a 2008 study found that mice lacking the gene for MBD1, an important DNA-methylation binding protein, display autism-like behaviors such as anxiety, learning deficits and impaired social interaction. Loring’s group is creating epigenetic maps of brain cells from individuals with autism. And a ten-year effort known as the International Human Epigenome Consortiumm aims to catalog and examine epigenetic maps for all cell types throughout the course of development.

“Everything was a surprise,” Loring says. “Everybody had sampled the genome a little before, epigenetically. But nobody had ever looked at the complete map, comparing one stage with another.”

These findings dovetail with the first high-resolution methylation map, published in Nature last November4. That map represented the majority of the human genome in both embryonic stem cells and differentiated lung cells at single-base resolution.

To arrive at such fine-scale detail, Joseph Ecker and colleagues first used a conventional technique that makes it possible to distinguish between methylated and unmethylated cytosine nucleotides in the DNA sequence. By performing high-throughput sequencing of the whole genome multiple times, they identified 94 percent of all cytosines, the DNA nucleotide on which methylation occurs.

Prior to this study, researchers had only been able to examine epigenetic marks in about one percent of the mouse genome. “We knew that if we looked at one percent of the genome sequence, we’d miss an enormous amount of biology,” says Ecker, director of the Genomic Analysis Laboratory at the Salk Institute for Biological Studies in San Diego, California.

These non-CpG methylations tend to crop up on genes that are expressed at higher levels, suggesting that they are involved in regulating gene expression, Ecker says.

“Both studies show very strong identification of differentially methylated regions in stem cells versus different cell types,” says Gene Yeo, assistant professor of cellular and molecular medicine at University of California, San Diego. What’s more, he notes, all the modifications involve genes that are important for development and differentiation.

Meanwhile, Loring and her colleagues are mapping the epigenetic changes in a young neuron, aiming to recapitulate brain development in a culture dish.

“I’d like to see that there are some reproducible mistakes in neural development that we could observe in a culture dish,” says Loring. “The answer may be [that] we can’t. But if we do, that will give us clues about what goes wrong during brain development.”

Using skin biopsy samples from individuals with autism, the scientists plan to reprogram the cells into an undifferentiated state. They then plan to study the cells’ ability to form normal synapses and look for epigenetic changes that might reveal a flaw in the regulation of gene expression.

“Maybe, just maybe, we’ll pick up something different about how the autistic patients’ neurons develop in culture,” Loring says.

With the newfound ability to study the epigenetic landscape of any cell line, there is a limitless wealth of data at researchers’ fingertips, says Loring.

“It’s almost like opening a new book each time — every cell type is a new book, and you have to read all the way through it in order to find out what the story is.”