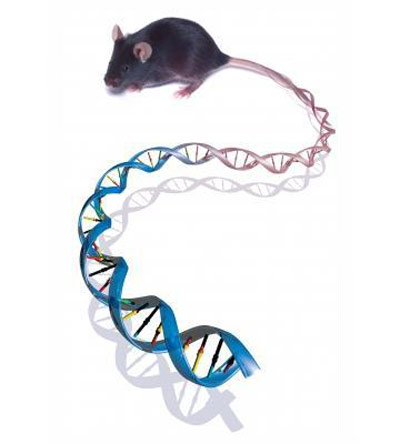 Small steps: Scientists have had some success reversing the symptoms of tuberous sclerosis complex and fragile X syndrome in mice.

Research on mouse models published in the past year is paving the way to reversing the symptoms of some autism-related disorders, National Institutes of Health directors told a packed room of 80 reporters yesterday morning at the Society for Neuroscience conference.

Researchers have in particular had success with treating tuberous sclerosis complex (TSC), a rare genetic disorder associated with epilepsy and autism, and with fragile X syndrome, the most common cause of autism.

Alcino Silva, a researcher at the University of California, Los Angeles, has shown that the drug rapamycin reverses learning and memory problems associated with TSC in a mouse model of the disease.

Last year, Mark Baer and his colleagues at the Massachusetts Institute of Technology also showed that dampening the activity of a glutamate receptor called mGluR5 reverses symptoms of fragile X syndrome in mice.

“These are diseases that we thought the damage was irrevocable,” said Story Landis, director of the National Institute of Neurological Disorders and Stroke. “[This] work made it clear that it may be quite possible to intervene pharmacologically or genetically, and have a significant effect on the development of these kids.”

Two other research areas, epigenetics and stem cell therapies, are expected to play increasingly important roles in the study of autism-related disorders.

“I canʼt emphasize enough how exciting [epigenetics] is,” said Thomas Insel, director of the National Institute of Mental Health. “Thatʼs probably the hot thing for 2008.”