Researchers pan blood test for autism as premature for clinical use 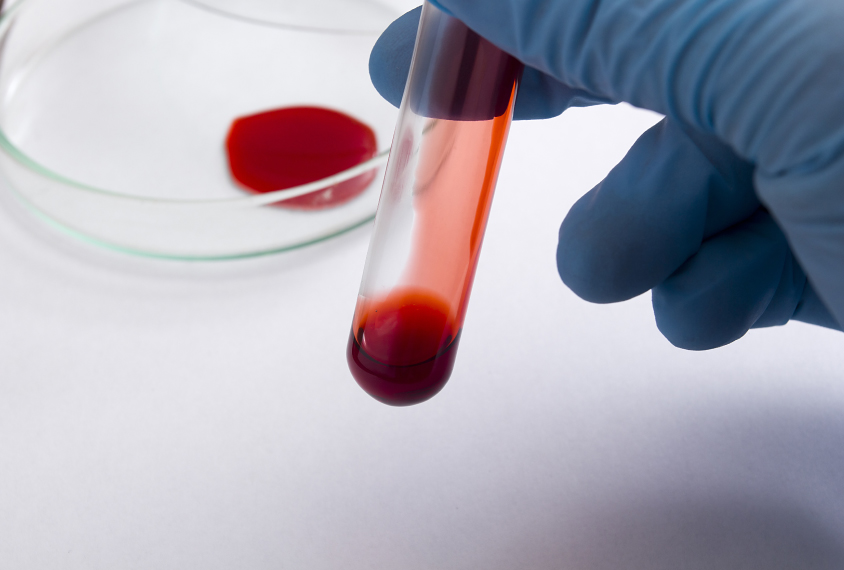 Steep price: A blood test for autism is approved in 48 states and costs $750 out of pocket.

Doctors can now order a blood test that its makers say may help flag autism, but experts say the test is not appropriate for use in clinics. The test may even delay children’s diagnoses, according to one expert, and at an added expense to parents.

Wisconsin-based Stemina Biomarker Discovery, made the test available 1 November. The test measures proportions of blood metabolites and is based on a September study funded by Stemina1. The company’s staff declined to provide sales figures but say they receive, on average, one inquiry a day from interested doctors.

The promise of a biological test for autism has long interested — but eluded — scientists. Still, although Stemina’s test may be useful as a research tool, experts say, the evidence so far does not support its use for screening for or diagnosing autism.

“As a researcher, I think this work is really interesting and worth continuing to pursue; as a clinician, I can’t think of a situation where I would send this test,” says Jeremy Veenstra-VanderWeele, a child psychiatrist and professor of psychiatry at Columbia University.

The test could give parents false hope about quick answers for their child’s diagnosis — and, in doing so, prolong their path to the right answer, Veenstra-VanderWeele says.

The test is intended to identify children as young as 18 months who should be evaluated for autism, not to diagnose them with the condition. Clinicians would send a child’s blood sample to Stemina, which would then return the results within two weeks. The test results are scored only as ‘positive’ — flagging the child for further evaluation — or ‘negative.’ A negative result doesn’t preclude a child from having autism, however, so parents would still need to follow up with a specialist.

Still, “[the test] will not lengthen the path to diagnosis under any scenario,” says Elizabeth Donley, chief executive officer at Stemina. “Getting the answer from us through our test is a starting point, not an ending point in terms of the diagnosis.”

Clinical tests such as this one do not require approval from the U.S. Food and Drug Administration, but they do need to be approved by individual states, some of which have more stringent standards than others. Stemina’s test is approved for use in 48 states and approval is pending in the 2 others, Donley says. It is not yet covered by insurance, however, and it costs $750. That is a steep price, given that the test does not provide definite answers, experts say.

“There is such a big need, and parents are desperate for anything, so I feel like if people are jumping into commercialization, it’s not necessarily driven by the science,” says Maria Chahrour, assistant professor of genetics and neuroscience at the University of Texas Southwestern in Dallas.

The September study is based on data from the Children’s Autism Metabolome Project, which is intended to include 1,100 children. This project is exploring the idea that some autistic people have abnormalities in their metabolic pathways. The work was published in Biological Psychiatry.

Led by David Amaral, distinguished professor of psychiatry and behavioral sciences at the University of California, Davis MIND Institute, the study team analyzed blood samples from 516 autistic children and 164 typical children aged 18 months to 4 years. About 17 percent of the autistic children have unusual ratios of amino acids — the building blocks of proteins — in their blood, the team found. These ratios correctly identified 94 percent of the children in this group as having autism.

Stemina’s website says the test identifies about 30 percent of children with autism overall, but this figure is based in part on unpublished data, according to the company’s officials.

To be useful, the test would need to distinguish autistic children from those who have closely related conditions, such as attention deficit hyperactivity disorder. The company has not validated the data in these groups, however.

The researchers initially intended to analyze blood from 500 children with conditions other than autism. Amaral says 95 such children signed up for the study — too few for meaningful analysis. The September publication alludes to this group but does not describe it in detail. (Amaral declined to comment on the test’s launch but says he played no role in its commercialization.)

Some experts take issue with this omission.

It’s often difficult for researchers to enroll enough children for their studies, says Dorothy Bishop, professor of developmental neuroscience at the University of Oxford in the United Kingdom, who was not involved in the study. But “what’s disturbing is it’s like they’re hiding it under the mat,” Bishop says.

“They’re not just saying, ‘We failed to do this,’ but they’re just sort of not mentioning it,” she says. “These are rather important aspects of a study if you want to use it in the way they’re using it as a commercialized blood test.”

The team is likely to have included the analysis if it had fit with their other findings, says Arthur Beaudet, professor of molecular and human genetics at Baylor College of Medicine in Houston, Texas.

Asked about these criticisms, Donley says recruiting children in this group was more expensive and difficult than the researchers had anticipated, and they do not intend to recruit any more.

Critics of the test cite other concerns. For example, they say, the researchers did not do enough to make sure the participants in the control group do not have autism. (The researchers screened 65 of the 164 controls for autism, flagged 9 for further evaluation and ultimately diagnosed 4.)

Controls should be “hardwired to be controls forever,” says Joseph Gleeson, professor of neurosciences at the University of California, San Diego, who was not involved in the research. Having autistic children in the control group may have skewed the results, he says.

In response to these and other points, Donley says she hopes others will recognize the work as a monumental effort “conducted with extraordinary care and scientific rigor.”

“Hopefully, researchers will stand on the shoulders of our work to increase understanding of the biology of autism instead of trying to poke holes in it,” she says.

Stemina is raising money to test a dietary supplement in a subset of children from the study. Its researchers are also analyzing additional panels of blood metabolites in the participants.