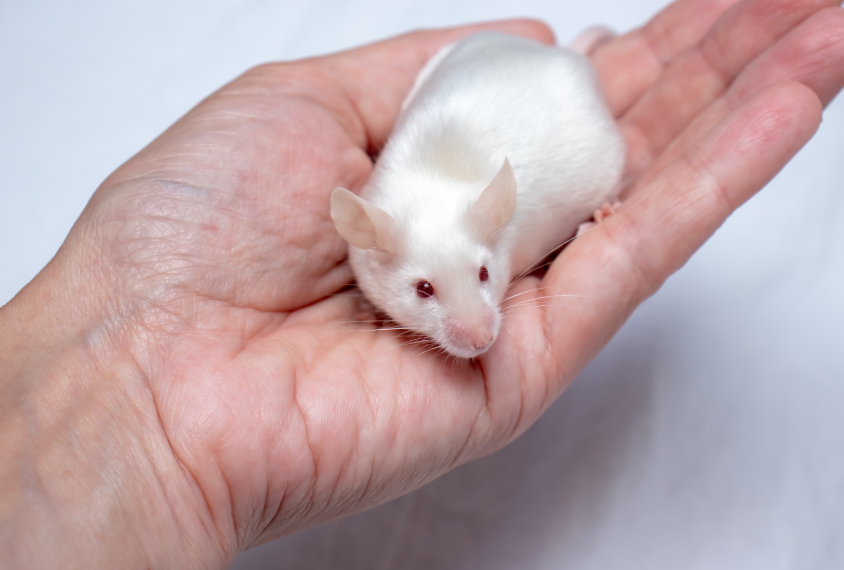 Delayed reaction: Mice with a mutation in a new autism gene have muted responses to touch.

Mice missing one copy of a gene called DDX3X have widespread developmental delay, as well as sensory, motor and behavioral problems. The traits mirror those of people with a mutation in the gene.

DDX3X first emerged as an autism gene in 2015 when researchers identified mutations in the gene in people with unexplained intellectual disability1. The vast majority of people with a mutation in the gene are female, and about 50 percent have behavioral conditions, including autism.

“We wanted to understand the impact of DDX3X deficiency during brain development,” says Dévina Ung, a postdoctoral researcher in Silvia de Rubeis’ lab at the Icahn School of Medicine at Mount Sinai in New York City.

Ung presented the findings today at the 2019 Society for Neuroscience annual meeting in Chicago, Illinois.

DDX3X is located on the X chromosome. It plays a key role in forming the placenta, which develops from early embryonic cells. To make the mouse, researchers selectively deleted the gene in cells within the embryo but spared those that form support tissues such as the placenta. Litters from these mice contain no males, and previous work suggests that males with the deletion die in utero2.

Females with the deletion are significantly smaller than control mice and show delays in reaching physical milestones, such as opening their eyes and growing fur. They also have delays in responding to sound and touch, as well as motor delays. Adult mice show signs of hyperactivity and anxiety.

The researchers are examining the mice’s brain development, including how neurons migrate to their positions and how they form connections. They found that DDX3X is expressed especially strongly in deep layers of the cortex, and they are tracing neurons projecting from there to examine the gene’s effect on brain wiring.