Research adds heft to link between autism and obesity 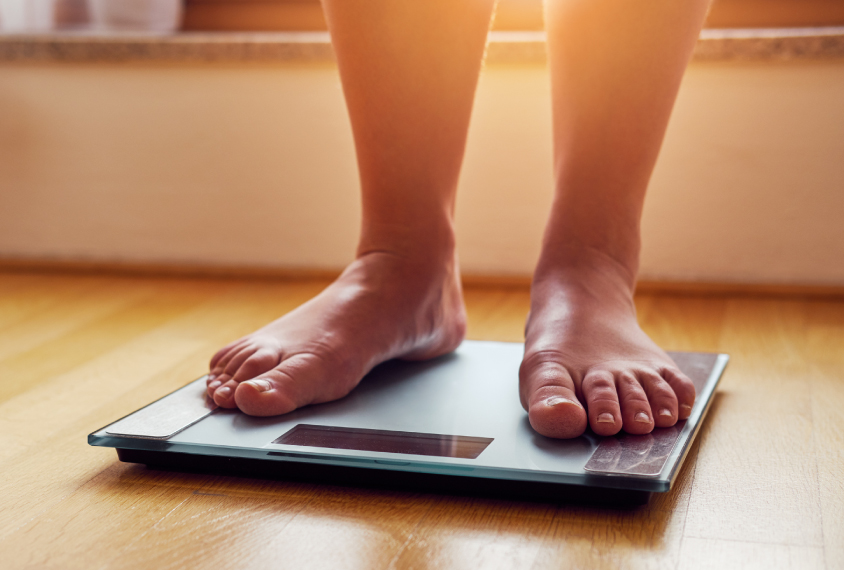 Heavy risks: Autistic children with severe features are at an increased risk of obesity.

Nearly half of American children with autism aged 10 to 17 are overweight or obese, compared with less than one-third of their typically developing peers, according to a new study1. And those with the most severe autism features appear to be at the greatest risk of being obese.

The findings confirm a pattern reported by other studies, says lead investigator Seán Healy, assistant professor of behavioral health and nutrition at the University of Delaware in Newark. Of the 21 studies on this topic published since 2012, 16 indicated that children on the spectrum are at an increased risk of obesity.

Most of those studies did not look at autism severity, however. The new study found that the risk of obesity is highest among the children with the most severe autism features. The results appeared 13 August in Autism.

“That is kind of a new contribution to this topic, recognizing that those that have a more severe presentation may be at even higher risk,” says Carol Curtin, co-director of the Healthy Weight Research Network at the University of Massachusetts in Worcester, who was not involved in the study. “We’ve got to delve into why that might be, and how we can help those kids and their families.”

A second paper published in the same issue of the journal suggests that children with autism are more likely to gain weight rapidly during infancy than their typical peers3. And those who do are the most likely to be overweight or obese at 2 to 5 years of age.

“Rapid weight gain may be one of the risk factors as to why kids with [autism] may be at higher risk for obesity,” says Tanja Kral, associate professor of nursing at the University of Pennsylvania in Philadelphia, who led the second study but was not involved in the first.

Healy and his colleagues analyzed data for 750 children with autism and 25,173 typical children aged 10 to 17 years. The data were collected in 2016 as part of the National Survey of Children’s Health.

Parents completed a questionnaire about various aspects of their child’s health, including height, weight, autism diagnosis, severity of autism features and medication use. The researchers used a statistical method to extrapolate the responses to represent a population-sized sample containing 875,963 children with autism and nearly 32 million typical children.

They calculated that 19.4 percent of children with autism in this projected sample were overweight, and 23 percent were obese. (Overweight is defined as having a body mass index between the 85th and 95th percentile for the age group, and obesity is greater than the 95th percentile.) By comparison, about 15 percent of typical children were overweight, and 16 percent were obese.

Among autistic children, those with severe autism traits — based on parent reports — are more than three times as likely to be obese as those with milder traits. This subset of children may be at increased risk of obesity because they tend to be less active and have more restricted diets than other autistic children.

However, some experts say the results should be interpreted with caution because they rely solely on parent ratings. “It will be important for future studies to replicate these findings using standardized criteria for [autism] severity,” Kral says.

It is unclear why children with autism are more likely than their peers to be overweight or obese. Some medications prescribed for autism have been linked to weight gain, but medication use does not track with weight in the new study.

The risk may originate early in life, according to the second study. Maternal obesity and rapid weight gain during infancy are known risk factors for obesity in typical children, but their role in autism has been unclear.

Kral and her colleagues analyzed height and weight data from 2,466 children enrolled in the Study to Explore Early Development, an ongoing study of children aged 2 to 5 years with autism or other developmental conditions. The analysis includes 668 children with autism, 914 with developmental delay and 884 controls.

The researchers used the children’s medical records to determine how rapidly they gained weight in the first six months of life. The children’s mothers self-reported their own height and pre-pregnancy weight; their weight at delivery was extracted from medical records. The researchers used these data to classify each woman as either meeting or exceeding established recommendations for weight gain during pregnancy.

These trends appeared across all the children in the study, regardless of whether they have autism, suggesting that increased maternal weight does not underpin the risk of obesity in autistic children.

The study also revealed that children with autism are more likely than their typical or developmentally delayed peers to experience rapid weight gain during infancy: Among children with autism, those with rapid weight gain during infancy were 3.5 times more likely to be overweight or obese than those who did not gain weight rapidly.

Kral and her colleagues are trying to understand how rapid weight gain in infancy relates to obesity risk in childhood. “It may reflect a genetic predisposition to obesity and early feeding patterns that evolve during infancy and other metabolic or endocrine effects that we don’t really understand very well,” she says.

With additional reporting by Jen Monnier.

This article was republished in Undark.