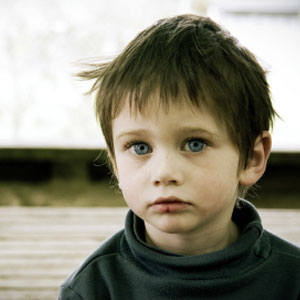 About one in three children with autism abruptlylose language, social or other developmental skills in their second year of life, according to a meta-analysis published 2 August in the Journal of Autism and Developmental Disorders1.

The results come from the synthesis of 85 studies published between 1980 and 2010 that examined regression, and include nearly 30,000 participants diagnosed with an autism spectrum disorder.

Regression has been described in the autism field for 50 years, but its definition is still controversial. Although there’s widespread agreement that children may experience a loss of skills as symptoms of autism emerge, some researchers argue that this is true for all children with the disorder, and regression is just the most dramatic example of that.

“I see regression more as part of a continuum,” says Audrey Thurm, a staff scientist at the National Institutes of Health in Bethesda, Maryland. But it’s still important to determine how common it is, she adds.

Perhaps as a result of this disagreement, estimates of regression vary widely, ranging from 13 to 50 percent of all autism cases2,3.

“We found pretty clear evidence that how researchers defined regression made a big difference,” says senior investigator Jonathan Campbell, professor of educational, school and counseling psychology at the University of Kentucky in Lexington. ”I think one of the main contributions that we’ve made in this paper is to emphasize that we need to think carefully about how we’re going to define regression.”

The researchers divided the studies in their analysis into four types, based on the way those studies define the phenomenon: language regression, language and social regression, mixed and unspecified. (Mixed regression is defined as a loss of language, social and other abilities, such as daily living or motor skills.)

Taken together, the overall prevalence of regression is 32 percent, the researchers found. When they limited the studies in their analysis to those that only looked at the loss of language, the rate fell to 25 percent. The prevalence was highest, at 39 percent, for unspecified regression, the broadest definition of the term.

The mean age of regression, based on the 24 studies that included that information, is 21 months.

The regression rate reported by the new analysis is probably an underestimate, because of the way the individual studies were conducted, says Sally Ozonoff, professor of psychiatry and behavioral sciences at the University of California, Davis MIND Institute, who led one of the studies included in the analysis.

Social regression, in particular, may be more common, Ozonoff says, because more of the studies in the analysis looked at language only, rather than at social skills alone.

“I think the definition of regression — whether that’s what the studies used or not — ultimately has to be related to social abilities, because social deficits are the core of autism,” she says.

One of the major challenges in studying regression is that researchers often rely on parents’ memories to establish whether a child experienced a loss of skills years earlier. Many developmental changes are subtle and gradual, making it difficult for professionals, let alone parents, to notice and pinpoint them in time.

A more recent approach to studying regression is prospective, which involves following children who are at high risk for autism to see whether and when they lose skills. Those studies are time-consuming and expensive, however, and only 2 of the 85 studies in the meta-analysis used this approach.

One of the two studies, led by Ozonoff and published in 2010, provides strong evidence that parents underestimate regression. Compared with the 17 percent regression rate as reported by parents, Ozonoff’s team found that 86 percent of the children showed a decline in social skills.

What’s more, the study found that children begin to lose their social skills as early as 6 months of age — more than a year before the average age reported in the meta-analysis.

“Parent report is probably catching the tip of the iceberg,” says Ozonoff. “When we use other research techniques, we realize that a lot more children have regression.”

Pinning down the prevalence of regression is important because it provides a benchmark for a child’s trajectory. It may also affect how well a child fares over the long term.

“The real meaningful question for me is, does it make a difference if a kid experiences developmental regression or not?” says Campbell, who plans to analyze the relationship between regression and developmental outcome.

Some studies have found that children who undergo regression fare worse, than those who don’t, but other studies have found no difference4. Sorting out the prognosis might allow parents and pediatricians to intervene and improve their quality of life.