This week, we checked in from San Diego, where the 2013 Society for Neuroscience annual meeting ran 9-13 November. Keep reading for daily posts from the conference and initial reactions from this year’s attendees.

Flying home from the Society for Neuroscience (SfN) 2013 meeting in San Diego provided a welcome respite from the blitz of brain science and SFARI.org activity over the past few days.

There was the SFARI social, ‘happy-hour brainstorms’ for junior autism researchers, a live Q&A on Twitter, and much more.

Same cells, different behavior: “David Anderson’s talk was phenomenal, as always. The intriguing findings looked at specific cells within the hypothalamus that are important regulators of social behaviors. Where the activation of the same cell to different levels of stimulation can promote either aggression or mating is remarkable. It changes the way we think about circuits — instead of all behaviors being directed by independent pathways, you can have distinct and robustly different behaviors driven by the same cells.”

Mixing models: “His use of both mouse and fly models takes these mechanisms to a whole new level of understanding. Now we can look at these important neurons and ask how perturbations during pregnancy or early development can disrupt their responsivity or signaling, and how epigenetics may be involved in their long-term regulation.”

“One man’s risk may be another woman’s resilience”: “This is a line from my talk on Sunday that I heard repeated several times during the meeting. I think it struck a chord with other researchers. We tend to think too much about everything in the environment that affects the brain as being a ‘risk’ factor for disease, but it’s just as likely that the developing brain responds to positive stimuli and that factors such as gender may ultimately determine risk versus resilience.”

Beyond the exome: “I was impressed by the lecture from Eric Kandel. He showed that a new category of small noncoding RNAs called piRNAs that were thought to be only expressed in germline cells are expressed in the mouse brain. These tiny molecules can silence genes by binding either in DNA or RNA. He also showed that in Aplysia, or sea slugs, they regulate plasticity.”

Enticing clues: “These findings raise the question of what the function of piRNAs is in mouse and human brains and whether these molecules could be involved in neurodevelopmental disorders.”

Favorite quote: “From Eric Kandel’s talk: ‘Recent findings in 1980-something… [pause and laughter from audience] Well, they are recent for me, guys!’”

From circuitry to behavior: “Work presented Tuesday from the Robert Malenka and Thomas Südhof labs reported that conditional deletion of neuroligin-3, an autism-linked gene in humans, in the nucleus accumbens (NAc), a region classically implicated in brain reward, incentive and motivation, unexpectedly alters motor behavior in the mutant mice. This abnormal motor plasticity was coupled with reduced inhibitory synapse function. These findings, together with their recent findings implicating the NAc in social reward behavior, highlight the growing appreciation that the mesocorticolimbic circuitry modulates multiple behaviors related to autism.”

From our lab: “We reported in a nanosymposium talk on Monday that genetic deletion of EphB receptors in mice, a candidate risk factor for autism, results in severe abnormalities in reciprocal connectivity between the developing thalamus and cortex — as well as defects in the corpus callosum and the anterior commissure. These findings suggest that abnormal cortical-thalamic connectivity might contribute to the development of autism-related phenotypes.”

A mixed toolbox: “One element that seems to be coming out of many posters and talks is the tremendous power of multilevel approaches, partially as a result of new tools at each level. There are a lot of data linking alterations in biochemical pathways and cellular mechanisms to deficits in circuit function and behavior by combining new genetic, viral and optical tools.”

Professor of Neuroscience, University of Virginia School of Medicine

Now trending: “I remember giving talks on inflammation and the central nervous system at SfN in the early 2000s, and there would maybe be ten people in the audience. This afternoon, a microglia session, ‘Neurological Consequences of Microglia Priming,’ attracted hundreds of attendees, and there was no room to sit! The role of the immune cells in the brain is definitely being more recognized now and it’s amazing to see how much the field is developing.”

Finding the key: “The obvious thing is that we need to put every effort into better understanding what these cells are doing and how we can control, activate, deactivate and replace them better. I’m convinced these little macrophages in the brain are the key for most neurological disorders. And I’m biased, of course.”

Bull’s eye: “One thing that I was excited about today was the work from Bill Catterall’s lab showing that targeting specific GABA-A receptor subunits (but not others) alleviates abnormal behaviors in mouse models of autism. This will be useful both from a basic science standpoint (identifying the relevant loci where these subunits are expressed) and for developing more specific therapeutics.”

Women in neuroscience: “This morning I attended the symposium Gender Bias: Facing the Facts for the Future of Neuroscience. I was very excited to hear about the initiatives and interventions implemented by Hannah Valentine. This raises the possibility that the field of neuroscience might benefit from such an initiative to increase the representation of women and minorities in the field.”

Colorful highlight: “I also found the talk on synesthesia to be of interest. Jacqueline Thompson and colleagues showed that one can teach adult synesthetes new associations between symbols and colors, and transcranial random noise stimulation training improved these associations in synesthetes and in controls, too.”

Blaming the brain: “Finally, Nita Farahany’s talk on ‘Behavioral Science in the Courtroom’ was AWESOME! Not sure I have been so enthralled for a while! She reviewed the use of neuroscience evidence in the courtroom in a most thought-provoking presentation. We are in the early days in this shift of bioscience evidence in both criminal and civil cases, and the implications of this evidence as the science improves is both exciting and worrying.”

Transformative findings: “There was interesting work presented from David Sibley’s group at the National Institutes of Health. They are able to make dopamine agonists that activate only Gs signaling, which is the canonical signaling pathway. This is likely to have interesting implications in vivo and could transform therapeutic approaches for a number of neuropsychiatric conditions.”

On Tuesday, 12 November, at 12 p.m. Pacific/3 p.m. Eastern, SFARI.org’s news team will host a moderated Q&A live from the floors of the 2013 Society for Neuroscience annual meeting via Twitter.

The chat will appear on @SFARIcommunity with the hashtag #SFNautism, and will feature top researchers and journalists from the conference and beyond.

Some of the participants joining us at the virtual table include Partha Mitra, professor of biomathematics at Cold Spring Harbor Laboratory in New York; Valerie Hu, professor of biochemistry and molecular medicine at George Washington University in Washington, D.C.; Kevin Pelphrey, director of the Child Study Center at Yale University School of Medicine; Alison Singer, president of the Autism Science Foundation; Daniel Smith, senior director of discovery neuroscience at the research and advocacy organization Autism Speaks; and many more. 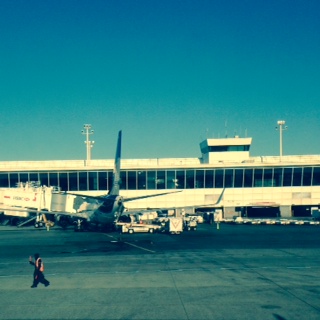 Here at SFARI.org, we’re gearing up for the 2013 Society for Neuroscience (SfN) annual meeting, which takes place 9-13 November in San Diego, California.

Although San Diego’s mild weekend weather forecast provokes visions of lying out on Mission Beach, hiking Point Loma or strolling in the Gaslamp Quarter, the SFARI.org news team and I will be busy bringing you constant updates from the meeting.

Keep an eye on our special SfN 2013 section for breaking news from the conference, updated multiple times a day, where we’ll dig into all of the findings relevant to autism and related disorders. Last year, our reporters filed 50 breaking stories over the five-day conference.

The best way to track all of this science for your brain is with the SFARI.org newsletter, which we’ll bump up to a daily pace this week. Sign up here if you’re not already a newsletter subscriber.

Also, as I did at the International Meeting for Autism Research in Spain in May, I’ll be posting daily quotes from speakers and attendees — so watch this space for snapshot reactions highlighting a range of voices and disciplines from the conference floor.

Finally, on Tuesday, 12 November at 12 p.m. Pacific/3 p.m. Eastern, we’ll be hosting a live-chat Q&A on Twitter to reflect on the meeting, featuring scientists on-site at SfN and beyond. To participate or just read along, follow @SFARIcommunity and hashtag #SFNautism.

And if you’ll be at the meeting, don’t forget to stop by the SFARI social on Sunday night.