We checked in from Salt Lake City, Utah, where the 2015 International Meeting for Autism Research ran 13-16 May. Read below for daily reactions from the attendees. For overall takeaways from the meeting, click here. 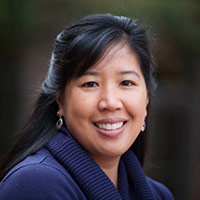 Mindful mix: “It was fantastic to see Thomas Avino’s human postmortem study in a session on connectivity that was full of neuroimaging studies. I believe Nick Lange summed it up well when he said he was ‘blown away’ by the electron micrograph images of human axons, something that we neuroimagers can only speculate about when looking at our own data. I am hoping that future IMFAR panels will foster more cross communication between neuroimaging and postmortem researchers.”

Inspiring reality: “I would also like to say that Simon Baron-Cohen getting up and telling the audience that he cried during John Elder Robison’s talk was a highlight, as I was also tearing up at John’s story about the realities of living with autism. As a basic scientist, I really appreciate the perspective that John gave and am truly inspired by his words.” 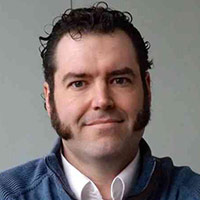 Overlooked biomarker: “There was a lot of discussion about biomarkers at this meeting. But I think one overlooked option is the underlying genome of the individual. As we are starting to uncover a large suite of genes in which recurrent new mutations are major risk factors for developing autism, a new sporadic mutation in a gene such as CHD8 may be as predictive as any other measure and, arguably, accessible prior to the onset of autism symptoms. In no way should we fall into the trap of genetic determinism, but the co-occurrence of new mutations in high-confidence risk genes and early developmental issues may be the earliest possible signal for autism and together may trigger early behavioral or other interventions.” 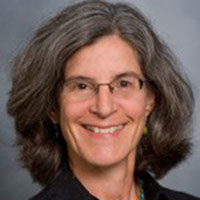 Powerful ideas: “The opening keynote yesterday by Roy Richard Grinker and the following panel on autism and society were outstanding and thought provoking. It was refreshing to hear eloquent presentations from social scientists and self-advocates that took a broader view of autism, challenging us to consider the meaning of the words we use to describe autism and how that has shaped our thinking and approach to research. I’m very pleased that IMFAR provided a forum that exposes scientists from all disciplines to such powerful ideas and stimulates them to think more broadly.” 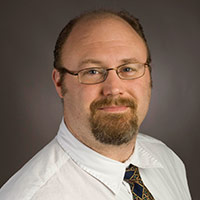 U.S. needs to get act together: “The European-based EU-AIMS consortium is tackling the issues of autism as a powerful team, like “The Avengers.” The approach in the U.S. more closely resembles “The Hunger Games.” Increased funding, and I would also propose increased support, for a team approach would markedly enhance the ability of the U.S. to contribute to this process. The resources in the U.S. are wonderful, but please support fundraising efforts and push our elected officials to increase research funding for autism research.”

Important reminder: “Also, Sally Rogers’ talk reminds me just how far the behavioral interventionists have moved the field in yielding positive outcomes. From those of us on the biomedical side, or at least from me, thank you!” 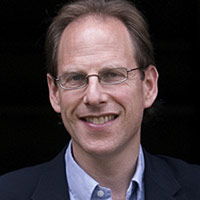 Zooming out: “It was refreshing that IMFAR invited an anthropologist, Roy Richard Grinker, to be the opening keynote, asking the autism research community to think about what this category of autism really is, and how we’ve got to this point in the history of autism. Some of us have our noses too close to the molecular or other kinds of data, and can lose sight of this helicopter perspective. Grinker’s thought-provoking lecture invited us to step back and to question what we want the category of autism to be or to do.”

Refreshing perspective: “Grinker organized an invited symposium on the same topic, and the highlight for me was a talk by John Elder Robison, author of “Look Me in the Eye,” who received his diagnosis of autism when he was 40, after a lifetime of experiences of discrimination. Robison spoke movingly about how he has been told all his life that he’d never amount to anything, yet despite this he has had several successful careers. He spoke passionately about how he is not ‘disordered’ but simply different, and would have benefited from support for his autism.

“It is great to see IMFAR giving people like Robison a platform, enabling him to be a role model for others with autism, and for his ‘lived’ perspective to be informing science and policy around autism.” 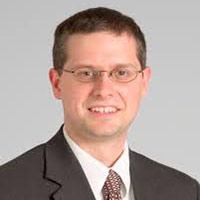 Access for all: “I am excited by the growing body of evidence for the effectiveness of scalable, cost-effective treatments that can be provided to individuals and families affected by autism. For several years, we have been aware of the massive disparities in identification and access to early intervention in specific sub-populations, but these disparities could be reduced by the combination of insurance, public funding and widely available evidence-based treatments. We are getting closer to a time when all children and adults affected by autism will have access to evidence-based care.”

Promising biomarker: “On the first full day of IMFAR, there were several sessions of particular interest. Timothy Roberts showed with magnetoencephalography data that there is a specific 10-millisecond reaction delay, on average, in individuals with autism. However, he has found that certain genes cause this delay to be markedly longer, potentially serving as an intriguing biomarker. He went on to discuss that synchrony of gamma oscillations appears to be highly related to gamma-aminobutyric acid (GABA) function, and is altered in autism. GABA can also be assessed by looking for GABA concentrations with magnetic resonance spectroscopy. Because the excitatory-inhibitory balance is affected in autism, where GABA is critical for the inhibitory component, this is of critical interest. At last year’s IMFAR, related points were discussed by Declan Murphy‘s group. This year, Roberts also described a patient with these markers who responded to treatment with a GABA agent. It is now being explored as a possible treatment, targeting this excitatory-inhibitory balance, thus making this a very interesting prospect as a treatment-salient biomarker in autism.”

Many-chamber test: “This year’s IMFAR includes a special cognitive task: finding the meeting rooms in the maze-like array that is the Grand America Hotel!” 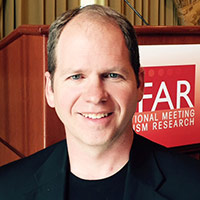 A diverse and early start: “I am impressed by IMFAR’s commitment to a broad and diverse group of stakeholders. Though the conference doesn’t officially begin until Thursday, hanging out today I saw the community-oriented pre-conference, the early-career workshop and the cultural diversity meeting. There is so much going on to facilitate as much involvement as possible!

“One of the joys of IMFAR is meeting old friends and making new ones. We catch up on personal details, but also talk about important science — at dinner, at a table in the hall or wherever we cross paths in the hotel. This evening we had dinner with a party that included colleagues from eight or nine different countries. This sort of diversity and intermingling is a real highlight for me, and the conference hasn’t even started yet!” 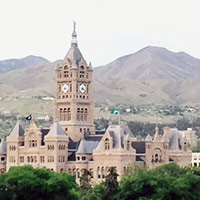 More than 1,800 autism researchers will assemble on a grassy courtyard tomorrow night under the stoic watch of the Wasatch Range to kick off the International Meeting for Autism Research at the Grand America Hotel in Salt Lake City, Utah.

IMFAR is the largest and oldest meeting specific to autism research. It stands out for bringing together basic researchers and the field’s practicing clinicians under one roof. Events such as the regional preconference and the stakeholders’ luncheon provide a family and community component that is not found at many academic conferences. All of these dedicated folks spend a productive 48-plus hours laser-focused on a common goal: making sense of autism findings and devising ways to improve the lives of people with autism and their families.

The keynote addresses during IMFAR are often the standout sessions. Occasionally, they are showstoppers. I’m looking forward to a new format this year: So-called ‘keynote panels’ will follow each address, allowing each speaker to expound upon some of the topics he or she raised during the keynote with a panel of researchers.

I’m also personally pleased to see that this year’s organizers are bringing back the most-cheered organizational innovation from last year, the ‘poster happy hour.’ Attendees will once again be able to peruse posters and chat with researchers (over a beer and snack, if they prefer) in a relaxed day-end setting rather than cramming poster sessions between talk sections.

This year, too, there will be plenty of opportunities to interact with the SFARI.org team.

On 15 May at 4 p.m. MDT, we host a live Q&A chat from the meeting on Twitter, via @SFARIorg and #IMFARchat. More details here.

We’ve also organized a meet-up for our private Facebook discussion group members and others interested in connecting with autism researchers. This informal brainstorming ‘happy hour’ will take place Friday, 6:30 p.m. – 8:00 p.m. at Gracie’s Bar, around the corner from the meeting site. RSVP here.

We hope to cross paths at some point. But even if you can’t make the meeting, we have you covered. SFARI.org reporters will be bringing you all the breaking autism news that matters over the next several days. Keep up to date with our special IMFAR 2015 section here.

And check back here for regular updates and reactions from IMFAR speakers and attendees. As in previous years, we’ll post a range of quotes from the conference floor.