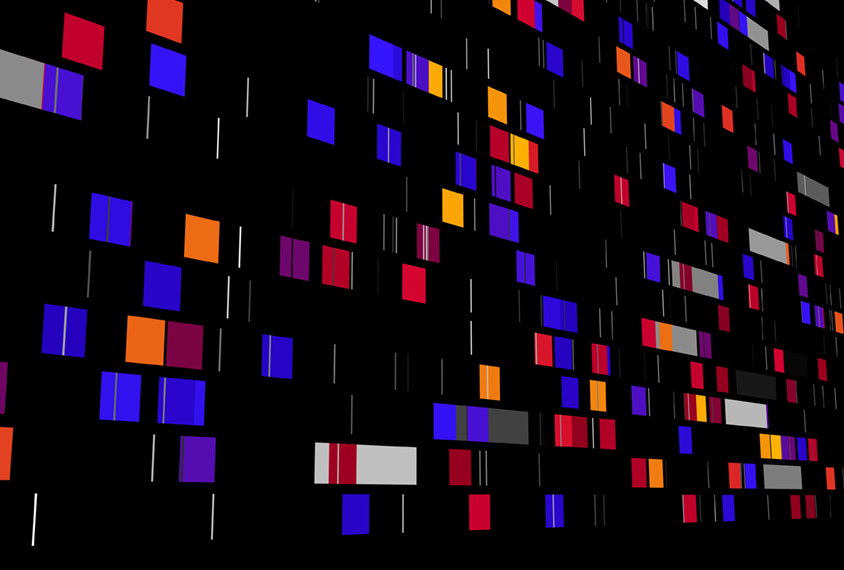 Spectrum is covering the 2020 American Society of Human Genetics conference, which is taking place virtually because of the coronavirus pandemic. Here, we’re highlighting your reactions to some of the posters and talks we found noteworthy. Did you attend the conference this year? Let us know what you think at [email protected]

Exome analysis: An analysis of more than 28,000 sequences of exomes — the protein-coding regions of the genome — from autistic children and their families revealed 12 new genes that may be involved in autism. Xueya Zhou, a postdoctoral researcher in Yufeng Shen’s lab at Columbia University, presented the unpublished results on 28 October. The data come from the SPARK consortium, which is collecting genetic information from 50,000 families that have at least one child with autism, and from the Simons Simplex Collection. (Both are funded by the Simons Foundation, Spectrum’s parent organization.)

The researchers also parsed the different roles that rare inherited genetic variants and de novo, or spontaneous, mutations play in autism. The results show “clear evidence that a subset of autism genes are the common targets of both,” Zhou said in his talk. But overall, the analysis found that most inherited variants don’t occur in the top known autism genes, most of which have been identified because they frequently carry de novo mutations in autistic people.

“The findings are valuable,” says Jonathan Coleman, lecturer in statistical genetics at King’s College London in the United Kingdom, who was not involved in the work. “They represent a clear advance in our understanding of the de novo variant burden in autism, and I personally found the distinction between de novo variants (top genes account for much of the signal) and inherited variants (top genes don’t account for the signal) informative.”

Great plenary by Xueya Zhou on studying both inherited and de novo variants in autism cases.

Nice to see that DeNovoWEST is being used 🙂 CC: @queenjobo#ASHG20

“The study does a good job to build on the existing genomic studies published on autism,” says Megan Dennis, assistant professor of biochemistry and molecular medicine at the University of California, Davis MIND Institute, who was not involved in the work but collaborates with SPARK. “Since we are reaching larger numbers and we also have sequence data from families, it allows us to finally begin to parse out the effects of de novo versus inherited — allowing one of the first genes to be identified with inherited mutations. I also liked the analysis that removed the known [autism] genes, allowing us to understand how much genetic risk there is remaining, which justifies more sequencing and continuing to build on these resources.

“Generally, because of the complex and heterogeneous nature of [autism], it’s difficult to have a ‘blockbuster’ new study. Each study continues to build on the previous ones. It’s really nice to see that confident [autism] genes are continuing to arise in these studies, and new ones are slowly trickling out (and that there is still more work to be done),” Dennis says.

Extra repeats: Autistic girls have more repeats in the gene that is mutated in fragile X syndrome than do non-autistic sisters of autistic people. The same is not true for autistic boys and non-autistic brothers.

Alex Chubick, a graduate student in Roel Ophoff’s lab at the University of California, Los Angeles, presented the unpublished findings on 26 October.

Many people with fragile X syndrome have autism, and most have intellectual disability. The condition occurs when a section of the gene FMR1 has extra repeats — more than 200. Most people have fewer than 50 repeats, but some have between 50 and 200, what’s known as a premutation.

“The gender discrepancy reported here is news that needs to be further explored and explained, and confirmed with more data to be made available,” says Dejan Budimirovic, assistant professor of psychiatry and behavioral sciences at Johns Hopkins University in Baltimore, Maryland. “Males (not females) with FMR1 premutation present with higher frequency of [autism] based on published data.”

Differential impact: Rare inherited genetic variants and spontaneous mutations both contribute to autism but may influence the likelihood of the condition in boys and girls differently.

Danny Antaki, a postdoctoral researcher in Jonathan Sebat’s lab at the University of California, San Diego, presented the unpublished findings on 26 October.

The researchers analyzed 10,218 whole genomes and 27,158 whole exomes from more than 11,000 families in which at least one member has autism. The data are part of the SPARK consortium and the Simons Simplex Collection.

Autistic people without gene-disrupting de novo variants have more rare inherited variants than do those with the spontaneous mutations, the study shows. And the genetic origins of autism differ depending on some of the parents’ traits: People whose autism is tied to a de novo mutation tend to have parents who are older and are more educated, whereas autistic people with inherited mutations have younger, less educated parents.

Boys and girls with autism have similar amounts of inherited mutations. But compared with same-sex controls, autistic girls inherited most of their autism-linked variants from their mothers, whereas boys inherited more from their fathers. Overall, girls have more mutations than boys do, providing more evidence for the female protective effect theory, Antaki says. The difference was highest for de novo mutations, a finding in line with previous studies1.

“Inherited mutations contribute to autism risk, and the variability and severity is dependent on their overall burden,” says Santhosh Girirajan, associate professor of genomics at Pennsylvania State University in University Park, who was not involved in the work. “Higher mother-to-daughter transmission is a new observation,” he says, and this suggests that females have a higher tolerance to mutations than males do.

Previous studies reported that mothers are more likely to pass down variants to sons with autism than fathers are, he adds. “But those studies were underpowered. I think this study provides some additional insights and confirms that there [is] no single theme in autism research, but rather multiple ones that change with ascertainment.”

Gene regulator: Mutations in ‘noncoding regions’ of the genome that regulate autism genes may play a role in the condition.

The researchers re-analyzed de novo variants found in the whole-genome sequences of autistic people from 2,671 families who are part of the Simons Simplex Collection. They focused on variants they found in noncoding regions called enhancers — sections of the genome that can regulate a gene’s transcription. They limited their analysis to 544 enhancers known to be active in the brains of mouse embryos and that humans share.

They identified two enhancers that bear variants in three unrelated people with autism. One, called hs2333, controls the expression of a top autism gene called DYRK1A, according to a 2019 study3.

“This begins to highlight how this element really isn’t able to tolerate this type of variation without some sort of accompanying neurodevelopmental disorder,” Padhi said in his talk.

Additional analyses of cells grown in culture suggested to Padhi and his colleagues that the enhancer controls the expression of EBF3, an established gene involved in neurodevelopmental conditions.

EBF3 is expressed in a wide range of tissues in the body. Mutations to the gene can cause hypotonia, ataxia and delayed development syndrome (HADDS), a neurodevelopmental condition that is sometimes accompanied by autism.

All three people in the new study who have mutations in hs737 are autistic boys or men with motor problems or low muscle tone, both of which occur in HADDS. None have intellectual disability. They also have no other genetic changes associated with autism.

“We think hs737 mutations are playing a large role in these individuals,” Padhi said.