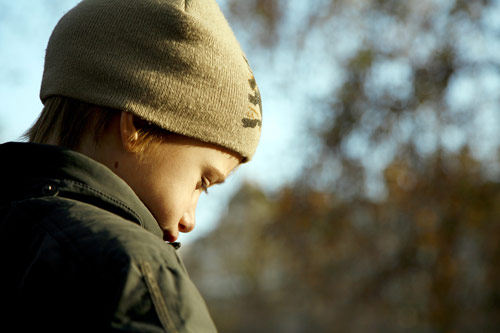 Children who are diagnosed with autism after drastically and suddenly losing cognitive abilities may actually have a distinct disorder, according to preliminary results presented yesterday at the 2015 International Meeting for Autism Research in Salt Lake City, Utah.

This rapid regression used to have a diagnosis: childhood disintegrative disorder (CDD). But it was subsumed under the umbrella of ‘autism spectrum disorder’ in the newest iteration of the “Diagnostic and Statistical Manual of Mental Disorders,” the DSM-5. The new findings show that the regressive syndrome deserves its own label.

“We want to publish this and get publicity for CDD, because people have stopped thinking about it — it went away,” says Abha Gupta, associate research scientist in pediatrics at Yale University, who presented the findings.

Gupta and her team sequenced the genomes of 15 children with CDD and their unaffected siblings. They identified several genes with harmful mutations linked to the disorder. Overall, these genes show little overlap with autism candidates. The genes appear to play the greatest role in deep brain regions such as the thalamus, which is involved in sensory integration, and the cerebellum, the seat of motor coordination.

Although there is some evidence linking autism to these regions, many autism genes are thought to function mainly in the cerebral cortex, which governs higher-order cognitive functions.

The researchers also scanned the brains of seven of the children using functional magnetic resonance imaging (fMRI) — a feat, given the challenges of getting children with cognitive impairments to sit still in an enclosed, noisy machine. When looking at faces, children with CDD have unusually high levels of activity in the same deep brain regions highlighted by the genetic analysis.

The researchers used eye-tracking technology to follow the gaze of five of children with CDD as they watched videos of a person speaking. All of the children focused more on the person’s eyes than on other parts of the face — a response similar to that seen among typically developing children. Children with autism, in contrast, usually prefer to watch a person’s mouth.

“In everything we’ve done, from the genetics to the eye-tracking to the fMRI, we’re seeing differences from broader autism spectrum,” says Gupta.

The CDD clinic at Yale has seen 20 children with this disorder over about as many years, from as far afield as Saudi Arabia and Argentina. These children lost their abilities later in childhood — on average around age 4 — after completely typical development until then. One child was as old as 8, Gupta says. Regression in autism, in contrast, occurs around age 2.

Because they are older, children with CDD seem to be aware — and terrified — of what is going on during their regression, says Gupta. She was particularly affected by a video of a frantic 8-year-old boy who was scratching his body and repeatedly saying, “I’m scared!”

Gupta says that by studying this extreme form of regression she hopes to better understand why regression happens in CDD as well as in disorders such as autism and Rett syndrome.

“What’s biologically going on in regression? Why do some kids regress and some kids don’t?” she says. “By looking at extreme examples, we’re hoping to get some insight.”