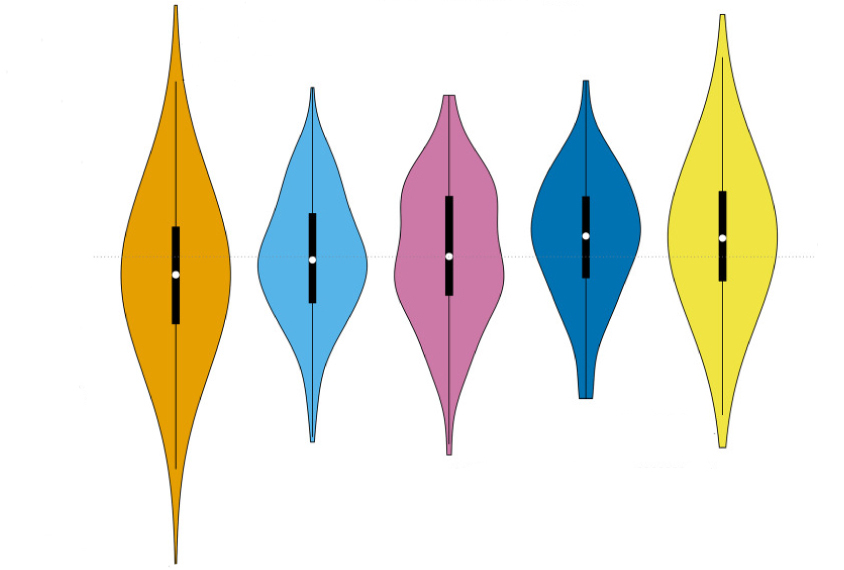 About one in four autistic people carries rare genetic mutations in genes strongly linked to autism or other neurodevelopmental conditions, far more than in the general population, according to a new study. These mutations combine with common genetic variants to shape a person’s chances of having autism, a related study from the same team shows.

“A large fraction of [autism] cases have a genetic finding,” says Joseph Buxbaum, professor of psychiatry at the Icahn School of Medicine at Mount Sinai in New York City, who led one of the studies.

Last year, Buxbaum and his colleagues from the Autism Sequencing Consortium identified 102 genes that have strong ties to autism. Autistic people with certain single-letter variations in the DNA sequences of these genes have lower intelligence quotients and greater delays in walking, on average, than autistic people without those variations.

These mutations, dubbed ‘potentially damaging’ single nucleotide variations, are individually rare — fewer than 1 in 10,000 people in the general population have them in any of those 102 genes. Buxbaum’s team wanted to see how frequently these variations or similarly damaging mutations occur in autistic people.

The researchers examined DNA sequence and chromosome data from autistic people born in Sweden between 1960 and 1996, participants in an ongoing project called the Population-Based Autism Genetics and Environment Study (PAGES) who gave the team permission to analyze their genes.

“People with damaging variants in these genes often, but not always, have a broader form of intellectual disability. They also have epilepsy more often than the general population and frequently have other rarer development disorders,” says David Cutler, associate professor of human genetics at Emory University in Atlanta, Georgia, who was not involved in the work but has collaborated with many of the study’s investigators previously.

Screening autistic people for these potentially damaging variants would help doctors predict the likelihood of these conditions, Cutler says.

“Moreover, if we started doing this testing routinely, we would likely identify which of the 102 genes most increases the risk of, say, intellectual disability, and which have little risk of intellectual disability but substantial risk of epilepsy, and so on,” Cutler adds. Such knowledge “could be extremely helpful in preparing families and formulating treatment regimes.”

In a related study, the scientists investigated to what extent both common and rare genetic variants contribute to autism. They looked for both kinds of variants in DNA sequences from 3,011 autistic and 11,950 non-autistic people, drawing data from PAGES, the Simons Simplex Collection and the Electronic Medical Records and Genomics Network. (The Simons Simplex Collection is funded by the Simons Foundation, Spectrum’s parent organization.)

The researchers used the number of autism-linked common variants across each participant’s genome to calculate an individual’s ‘genetic burden.’

The results lend support to the idea that rare and common variants work additively to influence a person’s chances of having autism, the researchers say.

“The higher the genetic burden, the more likely it will lead to clinical manifestation,” says Christian Schaaf, director and chairman of Heidelberg University Hospital’s Institute of Human Genetics, who was not involved in the study.

Rare variants, however, typically have a larger impact on autism traits than common variants, or alleles, do. “If you have rare risk variants, you will need less of the common risk alleles to have autism spectrum disorder,” says Sagiv Shifman, professor of genetics at the Hebrew University of Jerusalem in Israel, who did not participate in this study.

The results also suggest that rare mutations, in many cases, are neither necessary nor sufficient to cause autism by themselves.

“It still takes the combined effects of many other genes, and likely some environmental factors, to push these individuals over the threshold of autism,” Cutler says. “I hope these results are used to better understand the suite of related symptoms and diseases seen at higher frequency in those autism spectrum disorder patients.”