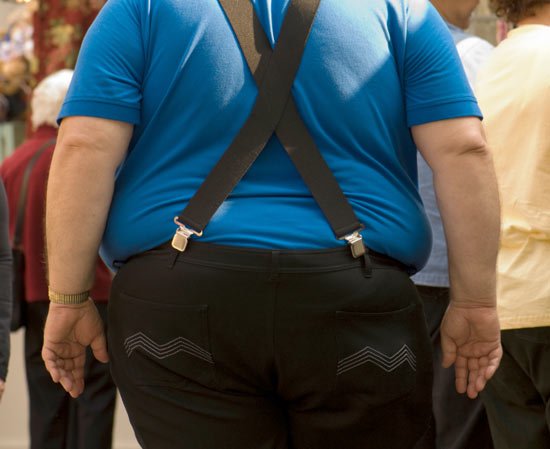 Big impact: Children carrying the 16p11.2 chromosomal deletion are likely to become overweight as they get older, researchers say.

Individuals who carry a large and rare deletion on chromosome 16 that is associated with autism are likely to have developmental delay, be obese, or both, according to two studies published last week in Nature1,2.

The deletion, known briefly as 16p, covers a 25-gene stretch of chromosomal region 16p11.2. It crops up in roughly 0.6 percent of all cases of autism3. Some studies have found the variant in individuals with other psychiatric conditions, such as schizophrenia and bipolar disorder, and even in healthy controls.

The new reports are the first to search for obesity-related rare variants across the genome and the first to link 16p — or any other rare DNA deletion or duplication — to obesity.

“The contribution of [rare variants] to obesity, just like for autism and schizophrenia, may be much more important than has been anticipated thus far,” says Jacques Beckmann, chair of medical genetics at University of Lausanne in Switzerland, and lead investigator of one of the new studies. “We should not ignore it.”

Beckmann’s study shows that nearly three percent of people who are both obese and have developmental delays carry the 16p deletion. In an independent study published in the same issue, researchers from the University of Cambridge searched for rare variants in 300 people with severe early-onset obesity. They found four carrying deletions in 16p; all have developmental delay and two have autism.

Scientists are stumped by this surprisingly robust genetic connection between obesity and autism.

“We don’t know whether the genes responsible for an autistic phenotype are the same as those responsible for obesity — maybe yes, maybe not,” Beckmann says. “That’s definitely something that we need to investigate in the future.”

“Psychologists usually say that obese people have learning disabilities because they are in isolation, because they are depressed, or because they are badly seen by others,” says Beckmann’s co-investigator Philippe Froguel, chair of the department of genomics of common diseases at Imperial College in London. “But one of the lessons learned in last few years of genetic studies is that there is clearly an overlap between the development of the brain and obesity.”

One well-known example is Prader-Willi syndrome, characterized by mental retardation, obsessive behaviors and obesity. Prader-Willi is caused by a seven-gene deletion inherited from the father’s copy of chromosome 15; the same region is also missing in some people with autism5.

Since 2007, four large genome-wide association studies of obese people have identified about a dozen common single-letter nucleotide changes (SNPs) that tend to crop up more often in obese individuals than in healthy controls. Many of these SNPs lie near genes that are expressed in the brain or encode proteins important for brain development6.

Beckmann and Froguel’s study began with one obese teenage boy at Beckmann’s clinic. A comprehensive genetic screen revealed that the boy carries the 16p deletion.

Collaborating with clinics across Europe, the researchers searched for the deletion in a sample of 3,947 individuals with developmental delay. They found it in 22 individuals, or about 0.6 percent, which agrees with previous reports. Of the 22, 4 have confirmed autism diagnoses.

Looking further into the clinical data, the researchers found that a substantial number of the 16p carriers are overweight, and that their obesity increases with age. All four of the adult carriers are obese, as are 6 of the 15 adolescents; 3 carriers under age 2 are of normal weight. The researchers saw a similar trend in clinical data from six older studies of individuals with 16p deletions.

“In other words, with this deletion, overweight starts early but is not necessarily fully established by adolescence,” Beckmann says. “With time, [they] all become obese.”

The most unexpected result emerged from a search for the deletion in a group of individuals with both developmental delay and obesity. The researchers found that 9 of 312 of these individuals — or 2.9 percent — carry the deletion.

“With these extreme phenotypes, it’s quite easier to establish that something we find in the genome is responsible,” says Froguel. “Then we can search for it in the normal population.” When the researchers finally searched several large cohorts of thousands of obese people, they found the deletion in about 0.4 percent.

At a genetics conference last fall, the company reported that these carriers show a surprising range of clinical diagnoses, and often inherit the deletions from healthy parents.

“The phenotypes are all so complex, it makes it very difficult to figure out what’s going on,” says Trilochan Sahoo, a laboratory director at the company. Sahoo is analyzing the laboratory’s records to see how many individuals with 16p deletions are also obese.

It may be premature to assume that obesity and developmental delay are mechanistically linked, rather than just co-morbid conditions, Sahoo says. For instance, an obsession with food of a particular type could be causing a child with autism to overeat.

“I am a little apprehensive that they have oversold the idea that there is a strong causal relationship between this deletion and obesity,” Sahoo says. “But with these publications and more awareness, I’m sure that it will be looked at more closely.”

Clinical geneticist Marwan Shinawi is also studying individuals with 16p deletions. His team has also shown that 16p variants are associated with not just autism, but mental retardation, speech delays and face and body malformations.

“It’s a fascinating story,” notes Shinawi, assistant professor of pediatrics at Washington University in St. Louis. “We started really with just autism and keep expanding the spectrum of clinical manifestations of this condition.”

Of the 17 cases of 16p deletion Shinawi’s group has seen so far, 5 are obese, all of them adolescents or adults. In response to the new reports, his team plans to alert the families of the younger children that they’re at risk of obesity.

“It’s now going to be part of the genetic counseling with these families,” Shinawi says. “We can tell them to watch their diet, to start intervention early on, maybe to avoid obese consequences in the future.”