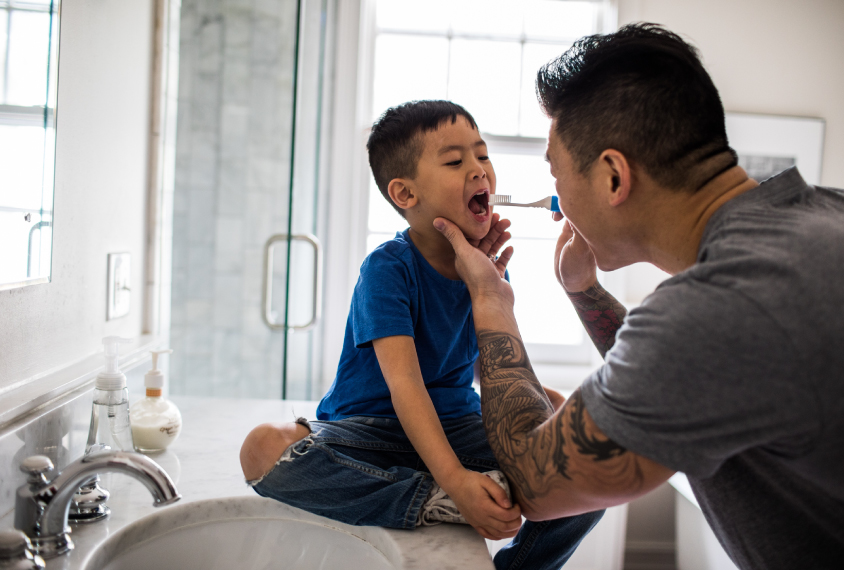 Sudden reversal: Children with childhood disintegrative disorder tend to suddenly lose life skills, such as the ability to brush their teeth.

Some children who dramatically lose a range of abilities after age 2 may have a condition called childhood disintegrative disorder (CDD), according to a meta-analysis of 20 studies1.

Children with CDD generally have all the features of autism, as well as some that are unique. Many children with autism also regress, but they typically do so between 1 and 2 years of age; those with CDD show a rapid loss of skills sometime between age 2 and 7.

In their analysis, the researchers compiled all published cases of CDD and compared them with reports of autistic children who did or did not regress.

The results suggest that CDD warrants its own diagnostic category, which would help researchers better understand the condition, says lead researcher Michael Absoud, senior clinical lecturer at King’s College London in the United Kingdom. “If you can’t define something, you can’t study something,” Absoud says.

CDD was listed separately from autism in previous iterations of the two main psychiatric diagnostic manuals: the International Classification of Diseases and the Diagnostic and Statistical Manual of Mental Disorders. The latest version of each manual subsumes CDD into the broader category of autism — a decision that sparked debate.

Even with the new analysis, there is still too little information on CDD to conclude that it is distinct from autism, some experts say.

“It is very rare and we have very limited biological data on underpinnings,” says Joseph Piven, professor of psychiatry at the University of North Carolina at Chapel Hill, who was not involved with the study. Piven was a member of the working group that defined the current diagnostic criteria for autism in the United States.

The analysis takes data from 20 studies spanning 30 years; together, the studies looked at 96 people with CDD, 1,044 with autism and 51 with autism and known regression.

The people with CDD all met developmental milestones prior to their rapid regression, compared with only 14 percent of those with autism and regression. After the regression, however, those with CDD were more likely to have lost life skills such as the ability to brush their teeth or use the toilet.

Regression in CDD tends to be accompanied by acute anxiety, aggression, hyperactivity and often by features reminiscent of psychosis — such as muttering or gesturing to the air.

This is consistent with previous reports of CDD, says Abha Gupta, assistant professor of pediatrics at Yale University, who was not involved in the study. “CDD has unique features, including more severe symptoms and a different symptom profile [from autism],” she says.

But other experts say the distinction is unclear.

Some children with autism also show a dramatic loss of skills years after diagnosis, notes Catherine Lord, professor in residence of psychiatry and education at the University of California, Los Angeles. (Lord was also a member of the group that defined the U.S. diagnostic criteria for autism.)

Severity of regression may not distinguish the conditions, either: In some cases, regression before age 2 may be less striking because children have fewer skills to lose at that age, Lord says.

Absoud’s team is trying to identify more children with CDD by sending out monthly emails to pediatricians and child psychologists across the U.K. and conducting detailed follow-ups when necessary. So far, Absoud says, the project has identified 18 children who would qualify for a CDD diagnosis under the previous criteria.