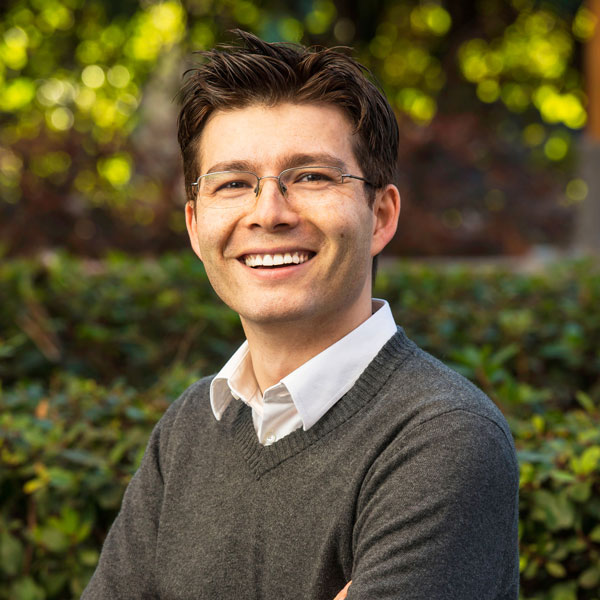 Preferred pastime: Science has been a blast for Sergiu Pasca ever since he tried to make gunpowder in his parents’ basement in Romania. Stanford University

Sergiu Pasca set up his first science lab at the age of 11, in the basement of his parents’ 150-year-old house in Aiud, Romania. At an age when most children want to play sports or hang out with friends, Pasca’s chosen pastime looked a lot like work — but Pasca could hardly tell the difference.

“I was getting all kinds of reagents from wherever I could,” says Pasca, now assistant professor of psychiatry and behavioral sciences at Stanford University in California. “Of course, the first thing that I wanted to make was gunpowder.”

Those preadolescent chemistry experiments set the stage for his future. In his final year of high school, Pasca won a national chemistry prize — a prestigious award that came with a full scholarship to any university in the country. This accolade was just the first of many. At 33 years old, Pasca is already the recipient of at least a dozen scientific prizes and the author of just as many publications, including a paper that made the cover of Nature Medicine when he was still a postdoctoral fellow. That work, conducted in Ricardo Dolmetsch’s lab at Stanford, debuted the first model of autism built from neurons made from people with the disorder. The feat opened a new avenue for teasing out the biochemical underpinnings of specific forms of autism.

Yet Pasca’s trajectory has been an untraditional one. “He was an M.D. who had very little real lab experience,” says Dolmetsch, who is now global head of neuroscience at the Novartis Institutes for BioMedical Research in Boston. “But what he had to make up for it was a real passion for autism and the [people with autism] that he knew.”

Pasca was born in 1982, about six years before the collapse of Communism in Romania. He remembers televised broadcasts of hours-long speeches on the country’s greatness by dictator Nicolae Ceausescu, and nightly blackouts during which his mother, a schoolteacher, would read to him by candlelight.

Pasca’s family valued learning and he himself doggedly carried that banner. He sat for the grueling chemistry exam several years in a row, gradually working his way up from a classroom prize to a national one. Even today he carries himself with a confidence born out of hard work rather than cocky self-regard. “The truth is, I don’t think I was very good,” Pasca says of winning the chemistry prize. “Actually, I failed repeatedly.” 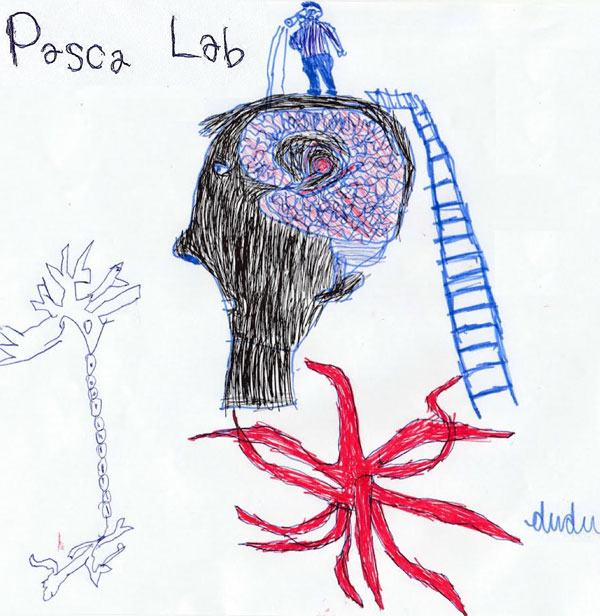 Brain boost: A sketch by Pasca’s friend Eduard, or “Dudu,” illustrates the boy’s conception of Pasca’s efforts to help children with autism. Courtesy of Ana Dragu

Pasca was the first member of his family to attend college. (His sister, six years his junior, followed in his footsteps to become a psychotherapist for children with autism.)

From the spoils of his chemistry award, Pasca attended a six-year program to get his M.D. at Iuliu Hatieganu University of Medicine and Pharmacy in Cluj-Napoca, Romania. As a busy medical student there, he begged his biochemistry professor, Maria Dronca, to let him help her with research. Dronca told him he could join her team if he got the highest marks in his first year of medical school, a stipulation that didn’t faze Pasca.

From Dronca, Pasca learned a strategy that would be key to his success: to balance what is necessary with what is possible. The two of them spent long hours reading papers and “thinking about what we could do. Not just what would be an interesting question, but what we could do with what we had,” Pasca says. “I think that was actually quite useful, when I look back on it.”

Their initial plan was to study heart disease. But they realized that such a common condition would require huge numbers of people to yield significant results. Funding was scarce in post-Communist Romania and Dronca was using her own salary to buy research supplies, so their sample size would have to be quite limited. Those concerns led them to autism, which was then considered rare in Romania.

They managed to recruit 12 children with autism, and tested their blood for elevated levels of an amino acid called homocysteine, an indicator of possible metabolic problems that could affect the brain. They found that the children with autism had higher levels compared with the nine typically developing controls1. They soon expanded their study, recruiting dozens more children with autism and broadening their search to include other blood-borne chemicals that might indicate metabolic differences in autism2, 3.

Over the course of the study, Pasca got to know many parents of children with autism. Some blamed themselves for their child’s condition, and most were desperate for help. “It was so frustrating for me as a physician-in-training to see how little you could do for these patients,” he says. Meeting those individuals cemented his drive to figure out what causes autism and to find better treatments.

Pasca also made a difference to the families he met, says Ana Dragu, who sought Pasca’s help in finding interventions for her son Eduard, or “Dudu,” who has autism.

“His presence in our life truly changed the course of my son’s evolution,” says Dragu, a former journalist who is now the coordinator of an autism resource center in Romania. “Finding that lab scientists also have hearts and really care about their subjects is a huge help at a psychological level.”

Soon after Pasca finished medical school in 2007, researchers developed induced pluripotent stem (iPS) cell technology, which enables scientists to reprogram skin cells into any type of cell in the body — including neurons. At the time, Dolmetsch had begun to experiment with stem cells with an eye toward probing the origins of autism.

“Finding that lab scientists also have hearts and really care about their subjects is a huge help at a psychological level.”

Once again, however, Pasca’s path was not easy. Dolmetsch wanted Pasca to secure his own research funding — an unlikely feat for a foreign student, especially one from an isolated country such as Romania. Pasca applied for grant after grant, fellowship after fellowship — until he got one.

Many researchers were skeptical that such a complex brain disorder could be modeled in a dish and doubted that abnormalities seen in people would persist in the reprogrammed stem cells. Pasca was undeterred.

“Sergiu was willing to bet his career on it,” says Kristen Brennand, assistant professor of psychiatry and neuroscience at the Icahn School of Medicine at Mount Sinai in New York, who uses iPS cells to study schizophrenia.

Pasca and his colleagues chose to study Timothy syndrome — a rare disorder caused by a single base change in a gene called CACNA1C, which causes heart abnormalities, intellectual disability and, usually, autism. The mutation affects a calcium channel — a protein the Dolmetsch lab had both the tools and expertise to study. In this way, he could look at one cause of autism through a narrow lens. 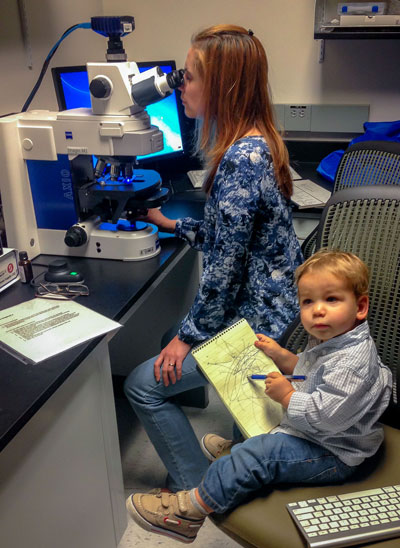 Over time, Pasca became an expert at conjuring neurons from iPS cells — a weeks-long process that involves dosing dishes of cells with different cocktails of chemicals at precise times. At one point he managed to have 15 different cell lines in various stages of development at once, Dolmetsch recalls.

In his Nature Medicine cover story in November 2011, Pasca unveiled the first proof that iPS cells can be made to recreate some of the characteristics seen in people with neurodevelopmental disorders. The researchers reported that neurons derived from the iPS cells of people with Timothy syndrome show the overactive calcium signaling that is known to be a consequence of the mutation4.

The team later uncovered details about how this simple mutation leads to complex changes in the cells, hinting at how it can result in a multifaceted disorder such as autism5, 6.

Now in his own lab, which opened last May, Pasca continues to work with iPS-derived neurons from people with autism-related disorders, including individuals with Timothy syndrome and those who carry deletions of the chromosomal region 22q11 — a genetic defect that leads to autism in perhaps 20 percent of cases.

Acknowledging the limitations of producing a single layer of neurons in a dish, he has developed a way to coax iPS cells to differentiate into neurons that grow in spheres, more accurately modeling the layered structure of the brain’s outer rind. His method is not yet published, but Pasca says it yields more mature cells than did past efforts to culture neurons from iPS cells, either in a single layer or in three dimensions7.

Pasca continues his scientific tinkering as if he has no need to do anything else. “I don’t think he’s ever been sighted outside the lab,” says Ben Barres, professor of neurobiology, developmental biology and neurology at Stanford. Barres is collaborating with Pasca to generate star-shaped brain cells called astrocytes from people with autism.

The natural comingling of work and play in Pasca’s life brought Anca, now his wife, to the young man’s attention during microbiology class in their second year of medical school. Anca is currently a neonatology fellow at Stanford and does research in Pasca’s lab, appearing as a coauthor on many of his papers. A photo on the lab’s website shows the couple’s almost-2-year-old son, Darius, perched atop a lab bench, playing with a pipette.

Pasca says Darius sees the lab as “a playground,” and it’s clear that discovery in the lab remains a primary source of pleasure for Pasca as well. “If I could just take one form of autism and figure out the really detailed signaling mechanisms and find a target and find the small molecules and maybe bring that to the clinic,” he says, “then I think I would feel happy.”