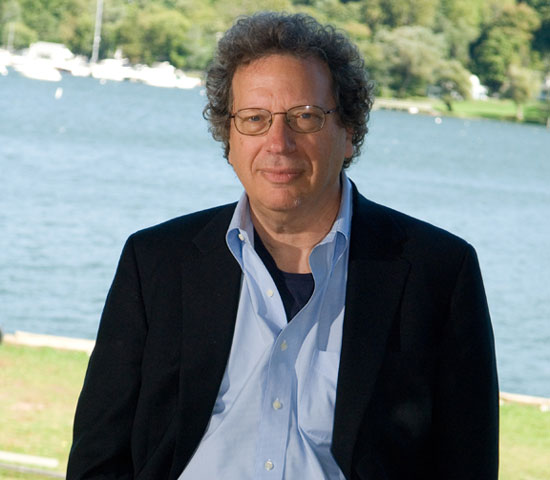 Unique insights: Michael Wigler has proposed a ‘unified theory of autism’ to explain the seemingly inexplicable features of the disorder.

Unique insights: Michael Wigler has proposed a ‘unified theory of autism’ to explain the seemingly inexplicable features of the disorder.

It was late 1972, and Michael Wigler, then a 25-year-old medical student at Columbia University, was feeling downcast. Wigler had begun his medical training two years earlier after graduating from Princeton University with a degree in mathematics, renouncing what he thought would be the socially withdrawn life of a mathematician for a career that was more “socially useful.”

But medicine, too, was giving him little satisfaction.

Wigler lives by a handful of axioms: an apple falls when you drop it; every human is equally “weird;” and nearly every human opinion is flat-out wrong.

But doctors make life-or-death decisions based on other people’s research, which is often ambivalent or inconclusive.

“There’s a small set of things that I have good evidence to believe are true, and I base everything on them. You can’t do that and be a doctor,” he says. “I just couldn’t live like that.”

Wigler dropped out of medical school in 1973 and turned his analytical mind to biological research. As a graduate student in microbiology, he crafted a method for transferring genes into animal cells using a simple virus1. By 1981, he was running his own lab at Cold Spring Harbor Laboratory in New York, where he used the technique to isolate the first human cancer genes2.

Over the following decade, his lab created a powerful genetic screening technology to study tumor genomes — making him a big fish in a crowded pond.

That didn’t suit him. In a packed field, “You can’t tell your ideas from other people’s ideas,” he says. “Since what basically interests me is the ideas, I’d much rather work sort of in isolation.”

Partly because of that, a few years ago he turned to autism, at the time a relatively little-studied condition. Wigler suspected that, like cancer, autism stems from tiny, spontaneous changes in the genome.

In April 2007, Wigler rocked the autism field when he discovered that large deletions or duplications in DNA, dubbed copy number variations (CNVs), are much more common in people with autism than in the general population3.

Seeking a logical explanation for autism’s complexity, he brought together his genetic findings with what’s known about the condition’s epidemiology to propose a ‘unified theory of autism’ — a simple genetic model that accounts for some of the seemingly inexplicable features of the condition, including why it’s more common in boys than in girls4.

“Michael’s brain is different than most others’: he tends to make connections between observations and facts that other people don’t make,” says Richard Axel, professor of biochemistry at Columbia, who worked closely with Wigler on the gene transfer technique. “As a consequence, [Wigler] is full of outlandish ideas, many of which are wrong. But those that are right are often extremely creative.”

It’s an early January day in Wigler’s messy office. Posted next to the doorway, a handwritten sign reads, ‘PAY TAXES’. Wigler, glasses atop a mop of gray hair, sits on a couch, seemingly oblivious to the mug wobbling on his knee.

Every time he begins to explain a complicated concept, he silently massages his closed eyes with his thumb and forefinger for an uncomfortably long stretch of time. He’s more relaxed as he recalls anecdotes about his winding career path.

He seems particularly amused to recount that his foray into scientific research is the result of a job advertisement in the New York Times.

In the fall of 1973, the late Bernard Weinstein, then a professor at Columbia’s Institute for Cancer Research, posted an ad for a technical assistant. Although Wigler had little relevant experience, he applied for the job on a whim.

“[Weinstein] interviewed me, and he said, ‘Well, I can’t hire you as a technician, but you’ve got some interesting ideas, so come into the lab and I’ll pay you something’,” Wigler recalls, laughing. Fascinated by the research, Wigler soon enrolled in the graduate program.

Weinstein’s research was on how pollutants alter genes, eventually leading to the growth of tumor cells. But Wigler wanted to do more than look at the genes in isolation, Axel recalls.

“In that era, while one could isolate genes, touch them, pet them, determine their nucleotide sequence,” Axel says, “[Wigler] thought it would be extremely important to generate a functional assay,” — that is, to figure out what the genes actually do.

Scientists had long used viruses to insert DNA into bacterial cells and observe the effects of its expression. Bacterial cells are primed for this gene transfer because they reproduce by swapping genes, but animal cells aren’t equipped with similar mechanisms.

When Wigler joined the Weinstein lab, no one had yet figured out how to insert foreign DNA into animal cells. Many had tried, using animal cell chromosomes as donors for specific genes. But because a given gene is less than a millionth of a chromosome, starting with chromosomes required the transformation process to be extremely efficient.

Axel’s lab was then studying the role of viruses in cancer cells. One day around 1975, Wigler brought him a new idea: use a herpesvirus, which has only about 100 genes, to carry a foreign gene into an animal cell.

For the next year, the duo spent many long nights developing the technique. It worked, and eventually became a standard process for biotech labs making recombinant protein drugs all over the world.

“Jim couldn’t believe the superlatives. He called me up and said, ‘You can’t really mean everything you’ve written’,” Axel recalls.

Over the following decade, Wigler focused on studying how cancer cells differ from normal cells. In the early 1990s, when he led his own lab, he developed a technology called representational difference analysis, which effectively subtracts the DNA sequence of one genome from that of another and then clones those parts that are different5. Using this technique, the researchers identified many cancer genes — including the tumor suppressor PTEN.

Later, Wigler combined his representational difference analysis with microarray hybridization6 — which screens thousands of pieces of DNA at once — allowing him to detect small, spontaneous genetic mutations in cancer cells.

Wigler says that he suspected cancer isn’t unique, and that many genetic disorders — including autism — are caused by spontaneous mutations.” 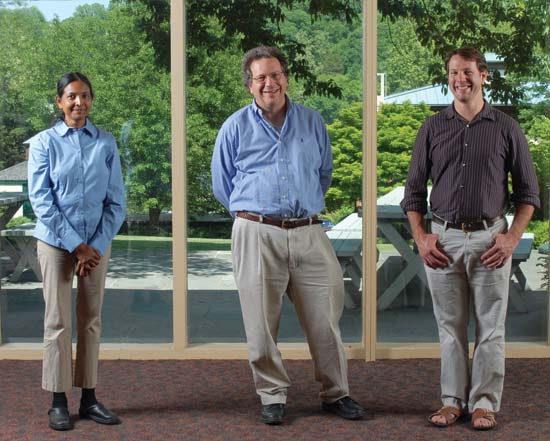 The A-team: Wigler and his colleagues have published watershed papers showing the importance of copy number variations in autism. Wigler’s interest in autism dates back to high school. His girlfriend at the time had a brother, David, who never looked other people in the eye, and knew everything there was to know about baseball. Sometimes, David’s arm would suddenly jerk upwards, “as though he’d just discovered some fantastic stitch in what he was knitting,” Wigler recalls.

David’s behavior was nothing like that of the rest of his family. Yet studies of autism in twins have shown that the condition has a strong genetic component. “It seemed like it was a pretty good bet that autism in some sense was like cancer and caused by a spontaneous mutation,” Wigler says.

Wigler didn’t have the funding to work on autism until one serendipitous day in 2003, when Jim Simons called him to ask whether the Simons should fund Iceland’s deCODE genetics to study autism.

“And I said, ‘Autism! Autism! I want to study autism’,” Wigler recalls.

At the time, scientists had identified large chromosomal abnormalities in some people with autism, but no one had yet done a controlled study of smaller mutations.

At an informal scientific meeting that year, Wigler presented preliminary data showing that rare mutations are more common in people with autism.

Over the next few years, he and then–postdoctoral fellow Jonathan Sebat formally released these results in two watershed papers. The first, published in 2004, found that CNVs significantly contribute to genetic variation in the population: in the 20 healthy people screened, the researchers found 221 CNVs, 76 of which are unique7. Previous reports had identified only a handful of CNVs.

The second report, published in 2007, showed that CNVs are even more common among people with autism. The team found CNVs in ten percent of their samples with autism, compared with only one percent of healthy controls.

When geneticist Mark Daly and his colleagues in the Autism Consortium set up a large genome-wide association study of autism last year, they followed Wigler’s lead and looked for de novo CNVs in their samples. They found a segment on chromosome 16 that is deleted or duplicated in about one percent of children with autism8.

“One measure of someone’s contribution is, did their work influence how other people thought about a problem?” says Daly, an associate professor at Harvard Medical School. “I think Mike’s work, and the work of a few other groups early on, has influenced and broadened the way that we think about the genetics of autism.”

Wigler’s data was based partly on blood samples in the Autism Genetic Resource Exchange, a gene bank of multiplex families — those that have more than one child diagnosed with autism.

Since then, in order to find more spontaneous mutations, he’s focused instead on samples from the new Simons Simplex Collection, which aims to collect samples from 2,000 simplex families, which have only one child with autism and unaffected parents and siblings.

Wigler says he has preliminary data that explain how autism can stem from both inherited and spontaneous mutations, and why the condition is four times more common in boys. He expects to publicize those results in the coming year.

As a former mathematician, Wigler says that simple, logical models are the key to solving difficult problems, whether it is a mathematical proof or a complex biological disorder.

“Any given assumption has a pretty high probability of being wrong,” he says. “But if you have a few assumptions, and then you build your case on logic thereafter, there’s a better chance that you’re seeing things correctly.”